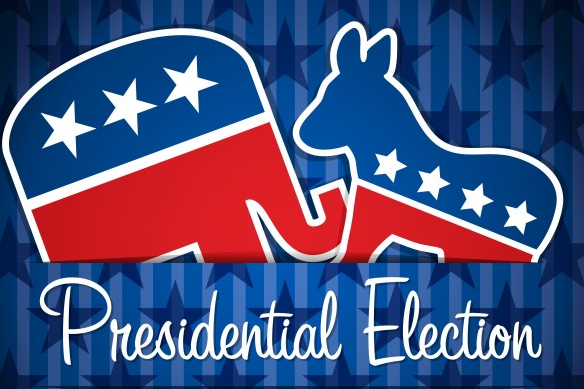 The map below shows how I think Trump gets to the magic 270, actually 274. My biggest concerns are Pennsylvania, New Hampshire, and Nevada. If we win Pennsylvania, which is entirely possible, we could lose North Carolina and still win. The surprise state may well be Virginia, but I’m not prepared to predict it. 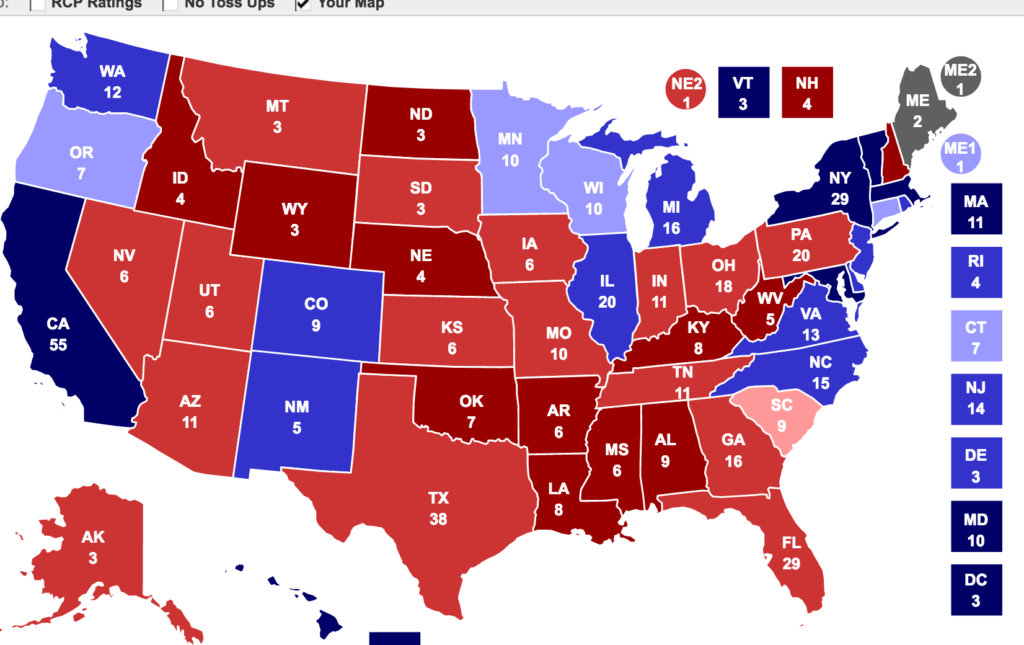 Tucker says that Trump alters the map tomorrow, but probably not enough to win.

I fear that Florida and Virginia will hand this election to Secretary Hillary Clinton. Unless Donald Trump can win Virginia, Florida or Wisconsin, I do not believe that his appeal to the rust belt will prove victorious. 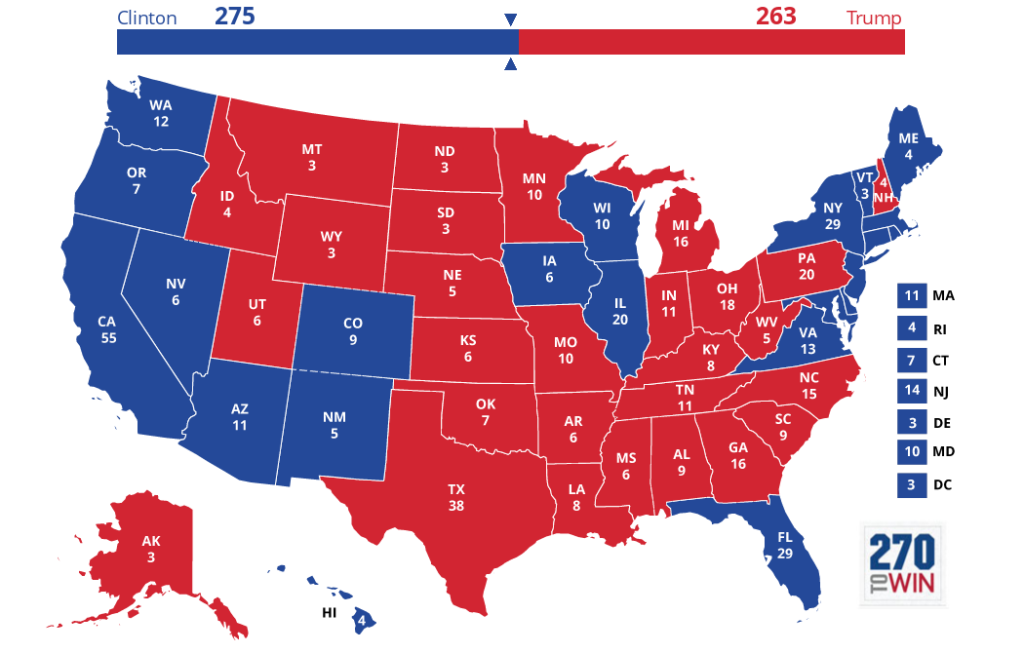 This is a wave election, the likes of which we’ve not seen in nearly forty years.
Nearly two-thirds of the citizens think the country is on the wrong track; the economy, and thus economic growth, has been stagnant for a decade; wages have significantly declined in that same decade; employment, unemployment and part-time employment is a disaster; poverty and organized social unrest is off the charts; Obamacare is blowing up; illegal immigration is swamping the border states; the culture is in freefall; and the country has witnessed corruption and cronyism on a massive scale. Europe is imploding, and our enemies are boldly challenging the U.S. across the globe. Radical Islam is alive and well, and presents an imminent danger, both here and abroad.

Republican Tom Garrett cruises to victory over deeply flawed Democratic opponent Jane Dittmar in Virginia’s 5th Congressional District.  Rep. Barbara Comstock will win over her challenger, DC resident LuAnn Bennett, and will do so with a margin that surprises most observers.  While they’ve been focused on the air war, Comstock is crushing the ground game, and it will show in a big way tomorrow. In the 2nd, Taylor chalks up an impressive win, and the less competitive races (1st, 3rd, 4th, 6th, 7th, 8th, 9th, and 11th) will all go as everyone knows they will.

While the country spans multiple time zones, the results out of the east coast should give a strong indicator of how the presidential race will go. The Trump path to victory requires a strong showing on the east coast.

Trump gets 20% in Arlington, less than E.W. Jackson got.

President
This has been the strangest and most unpredictable election in recent memory. Trump has had the momentum over the last week which has been great news for those of us (like me) working to get Trump elected but I honestly cannot predict the result. Predictable has not been a word to describe this Presidential election and there will likely be many surprises tomorrow. Given that I believe the Republican cause is the cause of the angels, I’m hoping we get the by W tomorrow.