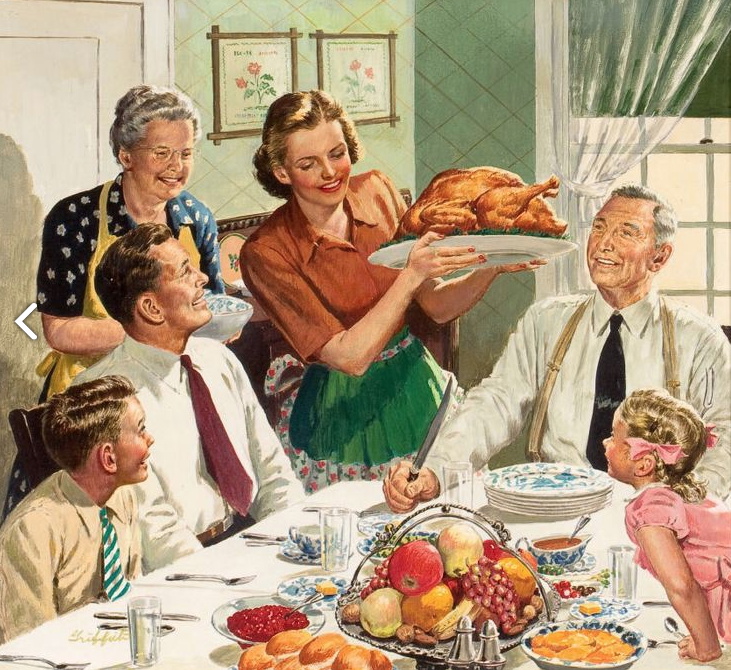 It is not surprising that arrogant and tyrannical politicians have issued edicts to stop Thanksgiving celebrations.  It appears that they think preventing family and friends from getting together is an effective way to control the COVID 19 pandemic.  It is not, and it causes many worse problems.

I remember the great times when my uncle, an Episcopal minister, would sing the doxology.  His boisterous voice would rise above us all.  I remember how big a deal it was to move from the kid’s table to the grown-up’s table.  I remember the last Thanksgiving before my mother died.  My sister and I did not know how dire the situation was.  My mother kept us happy and laughter was ever present.  I remember the silent contentiousness at Thanksgiving during the Vietnam War.  One cousin was in the Air Force while another was an anti-war protestor.  They reconciled at Thanksgiving.  I could on and on about Thanksgiving memories, but the point is that Thanksgiving brought us all together.

This past year, most of us took to heart the ideas of social distancing and mask wearing.  Whether such measures are effective can be disputed, but lacking a treatment or vaccine they gave everyone a sliver of hope.  Now we know that almost all COVID19 infected people survive.  We know that the disease, as with many other diseases, targets the infirmed and elderly.  Significantly, Americans are being treated and released alive from the hospitals.  (My sister and her husband were hospitalized by COVID 19.  Both survived.  She was treated with oxygen and he with the Trump treatment.)

The Draconian edicts are being imposed by politicians with too much power and too little restraint.  This idea that the numbers of people in a get together is somehow definitive has little science behind it.  (A politician who excuses mass rioting and looting and then turns around and condemns a family Thanksgiving get together lacks common sense.  This is just the power politics of tyranny.)

The holiday season is upon us yet there are already numerous attempts to shut it down.  My question is simple.  Is this shutdown for population safety or a further attack on America’s history and traditions?