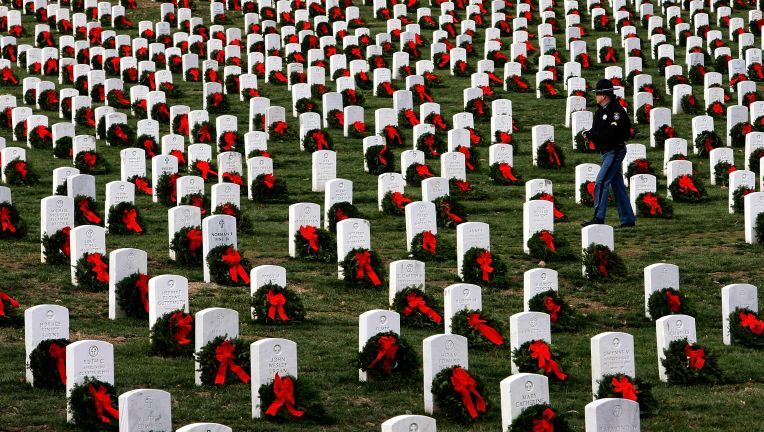 As I write this, I am aware of the fact that President Trump has taken action to reverse the ban on Christmas wreaths at Arlington National Cemetery.  However, —-

I am struck by the arrogance and stupidity of our politicians and bureaucrats who, in their infinite folly, cancelled the Christmas wreath display on the Arlington National Cemetery gravestones.  Apparently, these self-anointed “sages” do not understand that each Christmas wreath represents the tears of families and friends.  A display that happens once a year.  A display that is one of thanks.  A display of reverence.  ———- Should never have been treated as if it were another political stunt.

This past week, hundreds of thousands of American citizens showed up in Washington to protest the Presidential election corruption.  Some ended up being assaulted by the BLM and ANTIFA thugs that hid in the shadows and struck without warning.  These same citizens or similar citizens have every right, and many have a great need, to go onto the grounds of Arlington Cemetery and say a short prayer.

I am sure that the enemies of America’s historic individual liberty approved of the cancellation of the wreath laying.  Some will try to stop it by mistreating those living Americans who honor those who died fighting for America.  The anti-American socialists will use violence and disruption to intimidate, – and may riot to provoke the police into stopping what are peaceful acts of love and remembrance.

I have visited Arlington Cemetery and the Tomb of the Unknown Soldier.  I will be going up to Northern Virginia during the Christmas season.  Although my steps aren’t as strong and stable as they once were, I will once again visit the tombs of fallen Americans and thank them for their service and sacrifice.