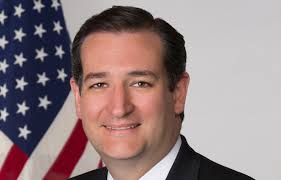 Ted Cruz has a plan to gain the Republican nomination and the White House. Judging from his financial reports in the third quarter, his plan is working. While he makes enemies in the Senate with his opposition to the leadership, he is gaining support among the Grassroots.

Cruz has already made a strong play for the evangelical and Tea Party blocs — jumping into the race as a Tea Party favorite, he immediately made a play for Christian conservative voters with an announcement from the evangelical Liberty University.

Indicative of the fruits of that play, a strong win at last weekend’s Values Voter Summit straw poll, with almost double the support of second-place finisher Ben Carson and more than double the support for former Gov. Mike Huckabee (Ark.).

GOP strategists say he’s in a solid position to be the first choice of other candidates’ supporters once their favorite drops out.

This support is apparent in Cruz’s fundraising numbers.  In the third quarter Ted Cruz took in a whopping $12.2 million, more than twice Rubio’s take of $6 million.  Those donations came from 184,800 people, with an average donation of $66.  He has raised a total of $26.5 million. Compare that to Marco Rubio who has raised $18 million from nearly 100,000 donors since launching in April.

“We are thrilled to see a grassroots wave of support for our campaign gaining momentum all over the country,” Cruz said in a statement Thursday night. “Not only are we seeing a surge of new donors and recurring donors to our campaign, but also continued growth of our organizations in the early states and all across the country.”

Ben Carson raised a huge amount in the third quarter as his popularity soared, $20 million, while Rand Paul took in a only $2.5 million.  It appears that Cruz is picking up Rand Paul’s libertarian base.

Ted Cruz is the candidate who many Republican strategists believe is in for the long haul and may be ‘the last man standing’.

“He’s got a long way to go, but unlike some of these guys, he has a coherent strategy, he has a lot of money, he has a pretty consistent message, and he’s not making mistakes,” says a top Republican strategist allied with Florida senator Marco Rubio. “He’s running a good campaign.”…