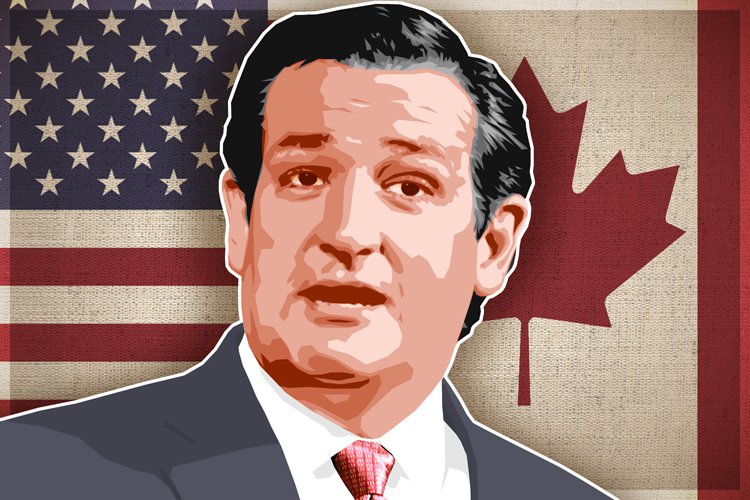 Those who sincerely believe Ted Cruz is not a natural born citizen may be fed up with the Constitution being violated by the political class. Fed-up Americans may share my view that the Constitution is America’s supreme, paramount and fundamental law governing government, i.e., the law over government itself.

Like me, they may see government as America’s biggest lawbreaker – with no close second. Many see themselves as “originalists.” They don’t believe in the theory of a “living Constitution” malleable to fit notions inconsistent with the perpetual purposes of American government to protect the liberty and security of the people, not just from foreign threats, but from abuse by our own political class, the tyranny of the majority, and of course common lawbreakers outside government but within society. This is an understanding of the rule of law shared by many originalists, even with our individual disagreements about how the Constitution is to be construed in certain instances.

At the core of the sincere belief that Ted Cruz is not natural born, it appears, are the words of the great English jurist William Blackstone, whose influence on the Founders was immense. Blackstone, like his great predecessors Edward Coke and Matthew Hale, articulated the common law in various volumes. Their reliance on Magna Carta is eventually reflected in how the Founders wrote the Declaration of Independence and the Constitution, with its Bill of Rights.

The chain, in reverse chronological development, is that the Constitution was influenced by the common law, which was influenced by natural law. The Constitution was an improvement over the common law, putting into one document designed to tie down and legally bind the government certain notions guaranteeing the separation of powers, federalism, and other structural protections of liberty and security from threats our own government would forever pose – because that is the nature of government. Changes to this structure of government, as have occurred unconstitutionally through the courts, the legislature, and the executive branch, are threats to the liberty and security of the people, who are the ultimate sovereigns in our American republic.

The common law recognized that laws governing society were capable of evolving, so long as the changes were not inconsistent with natural law and constitutional principles. From natural law we have the concepts of the security and sanctity of life, liberty, and property. Those rights are not granted by government, but instead are to be protected by government since they are inherent as given by God (“nature’s God,” hence, natural rights and the basis of natural law).

Common law developed through not just acts of the legislature and decisions of the judiciary, but custom (under certain conditions). The great English jurists who articulated important concepts of natural and common law also recognized that acts of the legislature or the King could be “unconstitutional” if inconsistent with the protections of the liberty and security of the people. The American Constitution improved on that concept, making certain that even our elected officials were bound down by the Constitution through enumerated powers. Thus, we have a rule of law over government more perfect than Magna Carta and the common law.

An originalist view of the Constitution recognizes that of course laws governing society may evolve, but that the political class is not free to amend the Constitution without going through the amendment process, and certainly must not violate the Constitution, which is our fundamental and paramount law governing government. Alas, it is frequently violated by America’s biggest lawbreaker.

Those who rely on Blackstone for the interpretation of “natural born” as being born on American soil or only to the father when on foreign soil, should know that Blackstone was not construing a dictate of natural law, but was expressing an evolution of the concept of natural born.

As Blackstone writes, the interpretation of the “father” was created by statute, and for inheritance purposes:

To encourage also foreign commerce, it was enacted by statute 25 Edw. III. st. 2. that all children born abroad, provided both their parents were at the time of the birth in allegiance to the king, and the mother had passed the seas by her husband’s consent, might inherit as if born in England: and accordingly it hath been so adjudged in behalf of merchants. But by several more modern statutes these restrictions are still farther taken off: so that all children, born out of the king’s ligeance, whose fathers were natural-born subjects, are now natural-born subjects themselves, to all intents and purposes….

Blackstone also recognized that children of the sovereign born on foreign soil were natural born. In America, the sovereign is not the King. With sovereigns inter-marrying with other sovereigns for political purposes, the allegiances of the time had somewhat different realities from today.

Note also that Blackstone’s interpretation of the law at the time would allow for “anchor babies.” He writes, “The children of aliens, born here in England, are, generally speaking, natural-born subjects, and entitled to all the privileges of such.”

The American law of sovereignty and inheritance is obviously different from an 18th Century English interpretation. Blackstone’s was not a natural law interpretation, nor a hard-and-fast rule for defining “natural born” that should govern an originalist interpretation. Indeed, the American law of naturalization and citizenship was intended to be left to legislative construct. The Civil War constitutional amendments applied to former slaves, and were an overdue correct application of a natural law shortcoming in American law, but consistent with the Declaration of Independence.

A number of law professors, who probably are not originalists but whose views I believe to be sincere, have indicated that one may not be consistent in claiming to be originalist and insist that Ted Cruz is a natural born American citizen.

Originalists should welcome a resurgence of Blackstone’s views on property rights and other aspects of natural and common law, as those views helped shape America’s organic law over government. However, originalists who understand the flow of natural law, through the common law, and eventually throughout the Declaration of Independence and the Constitution know that American law over government was an improvement over the English law.

I’ll also say this: Many naturalized citizens have a love and appreciation for and an allegiance to America that is stronger than some disaffected natural born Americans. They, however, are not eligible to be president by the rule of law.

Ted Cruz’s mother is an American, making him natural born and eligible to be president. His allegiance to America is unquestionable. His appreciation for, and understanding of, the Constitution is more on par with the Founders than that of many other politicians.

Originally Posted at The American Thinker

The early American conception of ‘natural born’ was always Jus Soli (law of the soil, meaning having been born on American soil) as opposed to Jus Sanguinus (law of the blood, or citizen by blood of parentage). The early Americans who wrote the original constitutions felt that those who were born within the several States who have a greater allegiance to the Rights of Liberty than those who were born in far away places. (My! How times have changed!)

My father was born in Cape Town, South Africa in 1920 of an American mother and an English father. Even though my father’s mother registered her son as an American at a United States consulate within a matter of days of birth, it was always understood in our family that my father
could never be President of the United States as he was born off of American soil.

This may be a better rendering of the subject:
http://www.latimes.com/opinion/op-ed/la-oe-lee-is-ted-cruz-eligible-to-be-president-20160110-story.html

There are so many opinions on this, eventually I would like to see it taken to a court and defined so every election we don’t have to go through this. If it were up to me it would be in plain English, both parents born on American soil, both legal citizens, the kid born on American soil unless it had to be born overseas due to military deployment. End of story and questioning. It will never happen, but I can dream.

Just saw this, seems like someone else wants it resolved. Good for him for taking it to court. Get it settled.

According to Vattel, Cruz, Rubio, Jindal or Obama are eligible to be President.

Should read: According to Vattel, Cruz, Rubio, Jindal or Obama are NOT eligible to be President.

The internationally recognized definition of Natural Born Citizen is found in reference book, “law of Nations” by Emerich de Vattel frequently used by the Founders in their own legal writings as well as the crafting of the Constitution. This is the source of the term “natural born citizen” that they understood and included as a protection against foreign influence in the Office of President. Because Vattel’s documentation of international law and understandings is fundamental to understanding the Constitution, the US Supreme Court has used “Law of Nations” in its judgments ever since. The specific clause dealing with citizenship and natural born citizen status was even in the US Supreme Court’s Dred Scott decision in 1856.[vi] More recently, the USSC referred to specific passages in AZIZONIA ET AL v. UNITED STATES (2012). [vii]

[iv] First American printing of “Law of Nations”, 1787, on file in the Library of Congress

[v] “… comprized within two Classes vizt cases of urgent necessity, and cases of convenience—The present case belongs to the latter. Vattel who well understood the Subject, says in the 7th chapter of his 3d Book— That an innocent Passage is due to all Nations with whom a State is at Peace, and that this …” – Chief Justice John Jay referencing “Law of Nations” as authoritative source,
http://founders.archives.gov/documents/Jefferson/01-17-02-0016-0015

Trump’s disingenuous questioning of Cruz’s qualification to be president reflect his concern that his crude and vacuous campaign of bluster and name calling may not be successful.