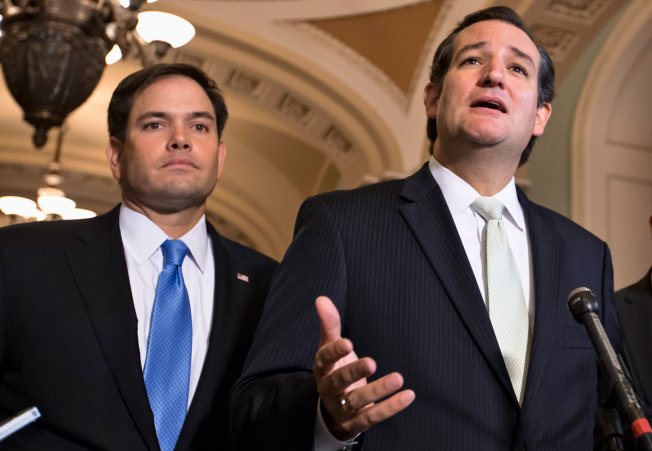 Ted Cruz surpasses Trump in latest Iowa poll.  In a Monmouth University poll released today, Ted Cruz was in the top spot with 24% support.  Trump was second with 19%,  Rubio came in third with 17% and Carson suffered the steepest decline, down to 13%. Carson has fallen 19 points since October while Cruz has gained 14% and Rubio 7%.  More details here. 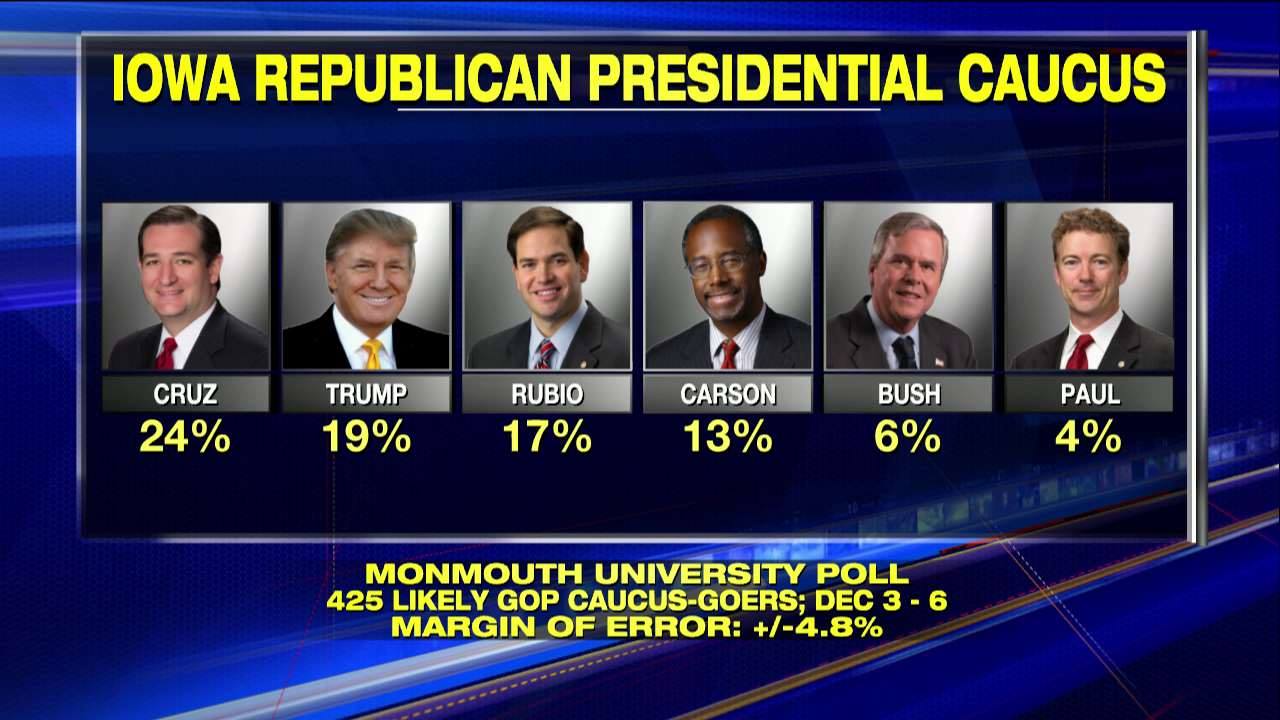