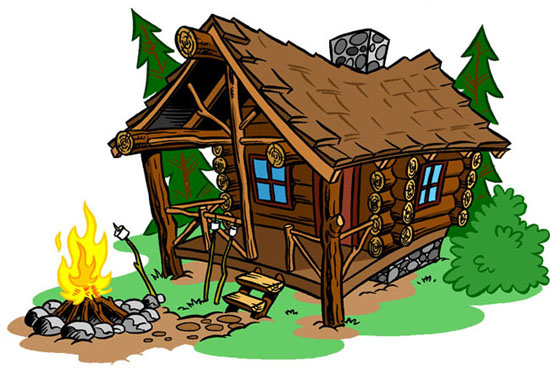 I could see that my buddy Al (of Al’s Coffee Shop) was agitated when I sat at his counter. After ordering a triple-caffeine, mocha-supremo, I asked what was wrong.

“It’s a complete nightmare,” said Al. “I could end up losing my business.”

“Trouble with the tax-man?” I asked. “Or questions about where your coffee beans come from?”

“No, much worse than that,” he said. “It’s all this uproar about teen-escapades that’s going on. If it spreads to business-owners, I’m done for.”

“Don’t tell me you were fooling around at a teen makeout-party,” I said. “Surely not Straight-arrow Al.”

“It’s nothing like that,” said Al. “When I was 14, I attended a summer-camp sponsored by our church. One day some of us young buckos sneaked into the girls’ cabin while they were out and totally tossed the place. We emptied all of their suitcases in one big pile, and threw the bed-sheets on another pile. We put the mattresses up on the roof, and we carried off all of their shoes in a sack.”

I had to smile as I recalled similar pranks in my wasted youth. Al continued – “Of course we eventually returned the shoes, under cover of night. But there were some lingering hard feelings and dirty looks from the girls because they never got to repay us in kind. After our raid, we always kept a guard posted to make sure our cabin was never completely deserted.”

“I know this will be blown up into some kind of sex-thing if it ever comes out,” said Al. “I could never dig up favorable witnesses – some of them, literally – from our 1950s-gang, if some resentful grandma comes out of the woodwork. The legal fees alone would kill me.”

I tried to calm Al down by pointing out that these kinds of accusations are thrown only at conservative judicial nominees, but Al was inconsolable. He was sure the tactic would spread beyond nominations for federal offices – particularly if Democrats successfully use it to block Judge Brett Kavanaugh’s confirmation to the Supreme Court. I had to admit that he had a point.

As I drove home I recalled times, back in the day, when I smooched with girlfriends in my pop’s ancient Buick. There was never any drinking involved, and I didn’t think there were any hurt feelings at the time, but who knows how six decades of bitter life-experiences might affect hazy memories. We are sailing into uncharted waters here. Some innocent people are bound to get hurt.

Clement Haynsworth was nominated in 1969 by President Richard Nixon to fill the Supreme Court seat recently vacated by Justice Abe Fortas. The Senate Judiciary Committee approved Judge Haynsworth, but reports questioning his judicial ethics arose – particularly in racial matters. After civil rights groups and organized labor portrayed him as insensitive to minorities and working people, the Senate rejected him, 45-55, with 17 of 43 Republican Senators voting No. Judge Haynsworth later said criticisms of him on racial issues was unfair. “We had a terrible practical problem,” he explained in 1977. “You couldn’t jump from complete segregation to complete integration in a moment. The critics felt I didn’t press forward as rapidly as they might have hoped.” Chief Justice Warren Burger called Haynsworth “one of the outstanding judges in this country. It was a great loss when he was not confirmed to the Supreme Court.”

G. Harrold Carswell. After Judge Haynsworth’s rejection, President Nixon nominated Florida District Court Judge Carswell to the vacant Court seat. Southern senators, including Richard Russell (D-GA), praised Carswell, but Civil rights activists denounced him for having espoused segregation and “white supremacy” during his unsuccessful 1948 campaign for a Georgia legislature seat. Publication of Carswell’s 1948 remarks caused the NAACP to demand his rejection, and feminists called him an opponent of women’s rights. Betty Friedan’s testimony against him in the Senate’s hearings contributed to his rejection, by a 45-51 vote. 17 Democratsts and 28 Republicans voted to confirm; 38 Democrats and 13 Republicans voted against. President Nixon subsequently accused Democrats of having an anti-southern bias: “After the Senate’s action … rejecting Judge Carswell, I have reluctantly concluded that it is not possible to get confirmation … [to] the Supreme Court of any man who believes in the strict construction of the Constitution, as I do, if he happens to come from the South.” Judge Harry Andrew Blackmun was confirmed to the court, 94-0, on May 12, 1970.

Robert Bork was nominated to the Supreme Court by President Ronald Reagan in 1987. A respected judge and legal scholar, Judge Bork advocated judicial “originalism,” which urged judges to honor the framers’ original understanding of the Constitution. Although Judge Bork’s judicial history and personal conduct were exemplary, he was viciously slandered by the American left as a “retrograde” enemy of women and minorities who would bring back segregated lunch counters and back-alley abortions. The Left had never forgiven Mr. Bork for participating, as Solicitor General, in the 1973 “Saturday Night Massacre,” when President Richard Nixon fired Special Prosecutor Archibald Cox and accepted the resignations of Attorney General Elliot Richardson and Deputy Attorney General William Ruckelshaus. After an acrimonious debate lasting nearly four months, the Senate voted 42-58 not to confirm Judge Bork. Two Democratic Senators voted for him, and 6 Republican Senators voted against. Analysts mark the Bork confirmation-battle as the point when Supreme Court nominations became completely polarized. The vacant seat was ultimately filled when the Senate confirmed Judge Anthony Kennedy, 97-0.

Clarence Thomas was a highly respected lawyer, judge and former director of the EEOC who was nominated in 1991 for a seat on the Supreme Court by President George H. W. Bush. An outspoken black conservative, Judge Thomas was not the kind of minority liberal Democrats wanted on the Court, so they mounted a defamation-campaign in which movie stars and politicians – including some of questionable character – trashed the nominee’s character and reputation. In the first-ever instance of charging a Supreme Court nominee with sexual improprieties, Democrats brought in Anita Hill, a former employee and associate of Judge Thomas, who accused him of making suggestive remarks and indecent proposals over several years of their professional acquaintance. It was the standard charge of uncontrollable libido that was used to smear black men since the days of slavery. But Judge Thomas did not fold under Democrats’ character blitz. Instead, he rounded furiously on his accusers, who sat stone-faced as he eloquently denounced their disgraceful “high-tech lynching.” After a 3 & ½ month debate, capped by Judge Thomas’s ringing defense-speech, the Senate confirmed him, 52-48, with 41 Republicans and 11 Democrats voting to confirm, and 46 Democrats and 2 Republicans voting against. It was the narrowest confirmation-vote ever received by a successful appointee to the Court. 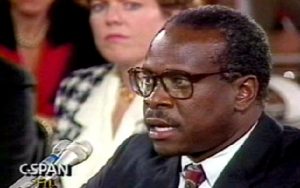 Justice Thomas’s confirmation hearing established a new model for considering a conservative nominee for the Supreme Court. Unfortunately, that model permits unsubstantiated and unverifiable attacks on a nominee’s behavior – particularly with respect to his sexual conduct. Charges can reach back as far as a nominee’s teen years, and can turn the Senate’s vaunted “good order” completely on its head. This imaginative new strategy has come to full flower in the consideration of Judge Brett Kavanaugh’s nomination to a seat on the Court. As it appears to me, the strategy consists of the following elements:

Thus has a once-serious colloquium of collegial statesmen – who formerly considered nominees for high office with calm and orderly deliberations – degenerated into a disgusting blood-sport where packs of wolves tear the life and career of a decent man to pieces, to the approving howls of partisan mobs. The “world’s greatest deliberative body” – a.k.a. the United States Senate – is now (as a famous religious figure memorably put it) a “whited sepulchre, filled with dead men’s bones.” Its value to the republic is gone, and I grieve for its demise. Only God knows if it can ever recover. 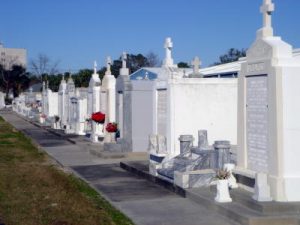