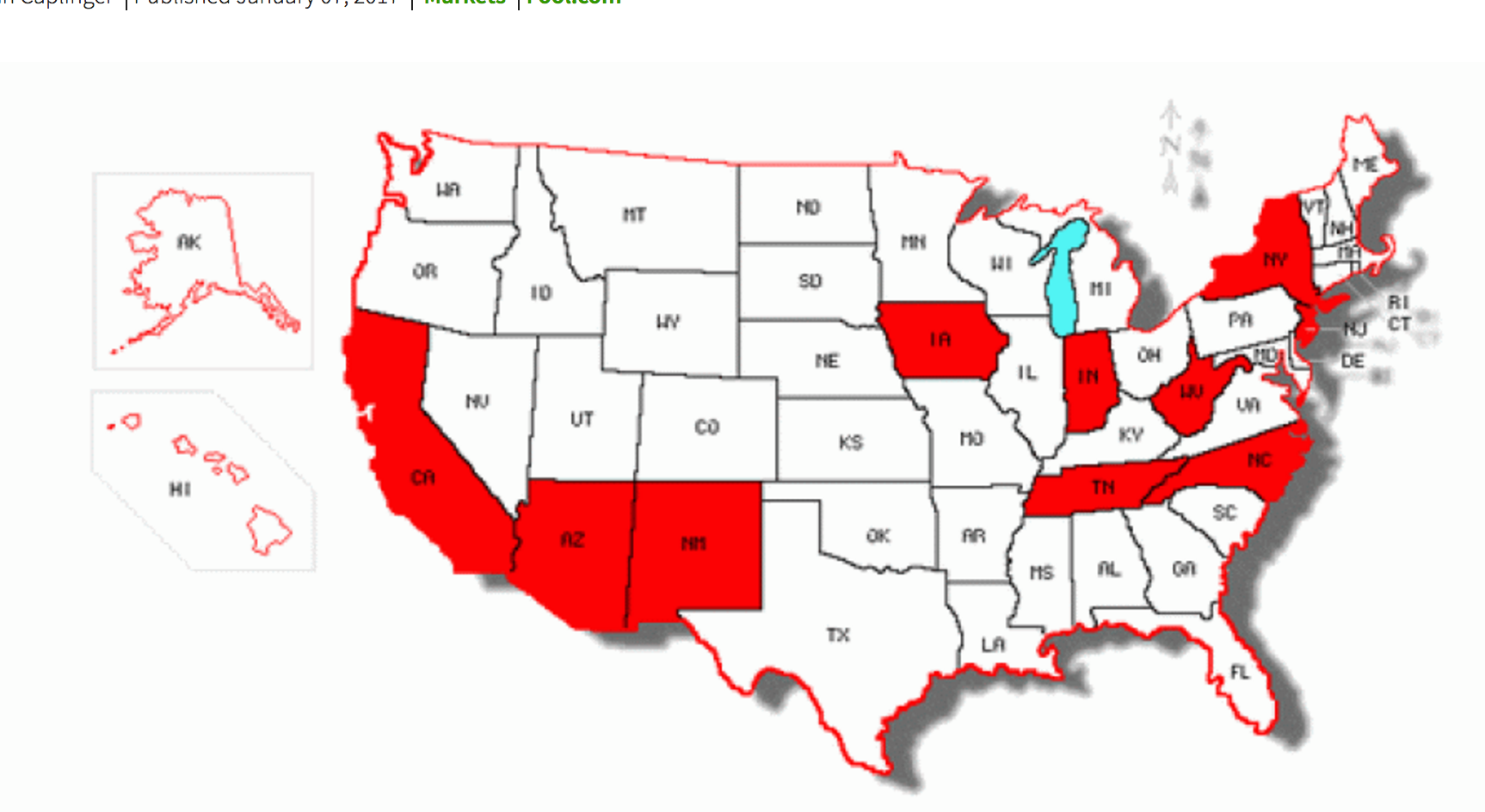 Ten states are lowering taxes, including gas taxes in three states, New York, West Virginia, and Iowa. As I reported on Monday, in Virginia the General Assembly is trying to RAISE gas taxes.Â Even New Jersey and California are lowering their sales tax and four states plus Washington DC are cutting corporate taxes.

The states in red are lowering taxes this year, please note Virginia is not among them.

Idaho has cut income, property and corporate taxes, why aren’t they on your list?

Thank you for adding them!