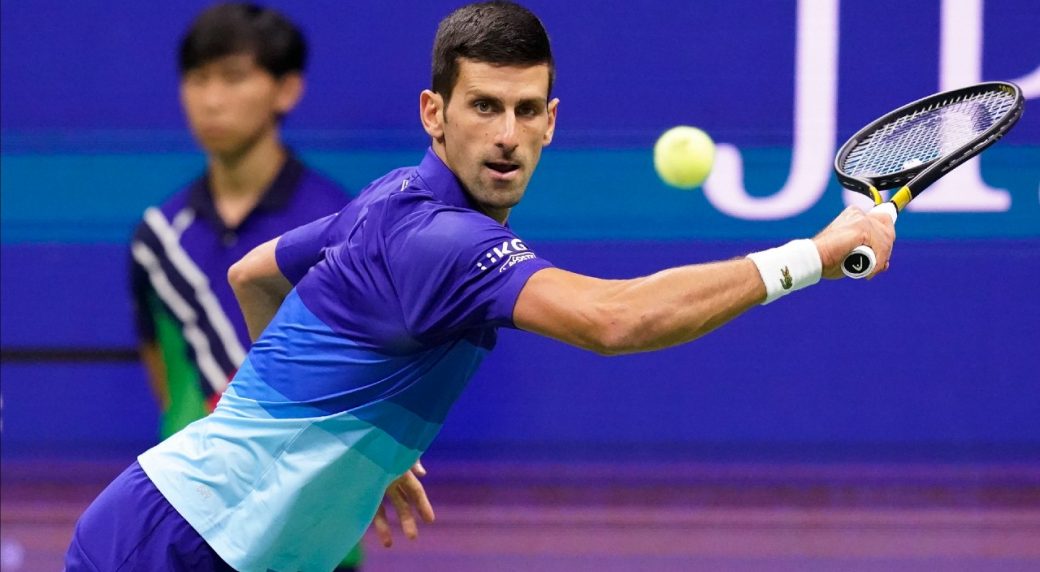 I am a life-long tennis player.  I have played high school, college, and community tennis.  I have played with some of the best professionals.  I currently teach tennis to youngsters just trying to learn.  So, I am naturally interested in the goings on at the Australian Open where the world number one, Novak Djokovic, is being put through the wringer by the Australian government as he quests for the pinnacle of greatness with his 21st grand slam championship.  (If he were to win number 21, he would arguably be the greatest tennis player of all time â€“ exceeding the greats of his time, Roger Federer and Rafael Nadal.)

Apparently, the â€œjokerâ€ as he is affectionately called by his fans, had COVID twice, once in 2020 and then again in late 2021. Like Aaron Rodgers, one of the current great quarterbacks in the NFL, he decided against the vaccination preferring natural immunity or alternative treatments.  (Some of Novakâ€™s peers have had the mRNA vaccines and have suffered potentially career ending vaccine related injuries.  Jeremy Chardy and Nikoloz Basilashvili, top 100 menâ€™s professionals, are notable in this regard.)

Australia is currently one of the most authoritarian nations in the world when it comes to COVID and its variants.  The Australian government employs a wide range of measures to control immigration and to prevent population movement.  It has built COVID internment camps for those who test, or might test, positive for COVID. (I cannot overstate the draconian nature of what is happening throughout that nation.  The policing is extreme and often violent.  If an Aussie has come in presumed â€œcontactâ€ with a COVID infected person, they are forcibly locked down at home or transferred to an internment camp by the police.  Interned individuals can be punished by extended internment and fines if they break the rules.  Actual prison is not out of the question.)

Not unexpectedly, Djokovic showed up in Australia to compete in the Australian Open.  He presumed that his paperwork for a vaccine exception was in order – but that was one presumption too many for the Australian government.  They proceeded to arrest and intern him in a hotel noted for housing asylum seeking and COVID infected individuals.  His legal team immediately went to work against the government action.  (As of this writing, a judge has given Djokovic permission to compete but the government has still not accepted the result of the judicial action.  Apparently, the Djokovic exemption form, filled out with Tennis Australia, has an error regarding his travel in and out of other countries.  He is now accused of breaking the law in at least 3 countries.)

This entire episode has spawned an international controversy.  The Serbian government and Serbians wherever located obviously support Djokovic, one of the greatest Serbs in modern history and a treasure to his countrymen.  His fellow tennis players, some originally against Djokovicâ€™s stance, are now beginning to realize that the Australian totalitarianism can apply to anyone over anything.  The Association of Tennis Professionals has, not surprisingly, bought into the conventional â€œget vaxxedâ€ wisdom although it appears they are beginning to waffle a bit.  The Womenâ€™s Tennis Association has been silent so far â€“ my guess is â€œlaying lowâ€ after the controversy over Chinaâ€™s â€œabuseâ€ of Peng Shuai.

This situation is unquestionably a â€œblack eyeâ€ for Australia and for tennis in general.  If it were up to me, I would decertify the Australian Open and ask that professional tennis players of both sexes withdraw from the tournament and leave Australia.  (Actually, at least one womenâ€™s tennis player did exactly that but the press coverage was minimal and quickly buried amongst other stories.)

To some, Novak Djokovic is a hero, standing up for the freedom of the individual in an increasingly totalitarian world.  To others, Djokovic is just another spoiled athlete ignoring and abusing the rules, and even the law.  Regardless of which side you take, he is a remarkably gifted and talented athlete who works very hard and represents the sport and business of tennis at its very best.

Looks like Djokovic will be banned from the French Open. Totalitarians making a political statement. You will comply or you will be punished. Very much communistic or socialistic.

Djokovic appeal failed and he has been deported.

Franklin Graham and his daughter fully vaxxed. He got myocarditis. She just had two heart attacks back to back.

bummer. Smart that they got vaxxed, though

It would be smart of you to get another booster and go for a long run.

Got the boost, thank you.

Keep getting them regularly. Oh, rumor has it that Celine Dion has Bellâ€™s Palsy.

Regardless of the djokovic situation, the tennis players will be playing in the heat of the Australian summer. Those who have been vaccinated are at severe risk of cardiac incidents.

Yep, sounds like he lied. I’d kick his ass out, too

Yesterday’s headline was, “Fully Vaccinated Australians In Hospital For COVID-19 Surpass Unvaccinated.” So everyone’s going to get the Rona- the vaxxed, those with natural immunity and the boosted. The vax is obsolete.

Worse than obsolete – all too often deadly or injurious. Thecovidworld.com has too many unfortunate news articles about both athletes and kids dying.

â€œDrâ€ Death here just hungers for more souls. That is all this is, John.

Bill Gates just said that the vaccines donâ€™t have much longevity. It is now being recognized that the vaccines create a number of problems. Still, hope for your health based on getting ever more shots – Netherlands is beginning to suggest up to 6 per year so just get on in there asap.

This was quoted from a non-partisan website. If you chose to ignore it that is your choice unlike you and the Australian totalitarians who would force vaccination on everyone.

One thing is certain – everyone is likely to get COVID regardless of unvaccinated, vaccinated or boosted status. Now medical authorities are worried that constant shots are adversely affecting the immune system. All the trolls who post here are really in a bind. If they go full vaxx it doesnâ€™t stop the COVID, may actually injure them with higher risk asssociated with each successive shot, and are even more likely to end up in the hospital. Quite a quandary but they persist in trying to inflict their misery on everyone else.

I love watching him play and I do think he might be the greatest but f him…..get the goddamn shot or shut the hell up.

And this is bullshit “Some of Novakâ€™s peers have had the mRNA vaccines and have suffered potentially career ending vaccine related injuries. Jeremy Chardy and Nikoloz Basilashvili, top 100 menâ€™s professionals, are notable in this regard.”

You can easily check the news on Chardy and Basukasgvuku, But, as usual, you prefer ignorance. I suggest you check thecovidworld. You might actually learn something.

Lots of articles on Chardy. Also, video of basili having chest problems during match. You need another booster.

If recommended, I will certainly get another booster. I didn’t notice any actual physicians commenting on where his symptoms came from.