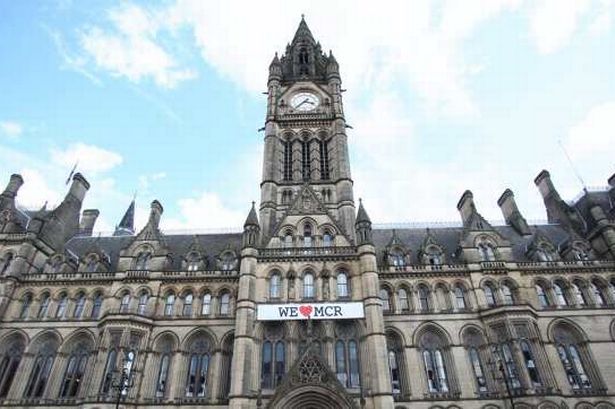 Truth in the modern world is like a dry desert arroyo. Most of the time it’s a parched and dusty scar in the landscape. But, every now and then a thunderstorm rolls across the desert and the arroyo turns into a river of angry racing water that sweeps away everything in its path.

In the past two weeks there have been two Islamic terror attacks in the United Kingdom. In the first attack on May 22 at the Manchester Arena Stadium, the smoke had barely cleared from the explosion caused by a sophisticated nail bomb that killed 22 and injured 59, before government officials and various media outlets began parroting the standard boilerplate verbiage used after every attack. It began with official statements that the identity and motives of the murderer were “unknown.” Then, when mentioning the identity of the killer became unavoidable, there were very stern lectures reminding everyone that Islam “was not the problem” and that “you mustn’t blame Muslims.”

The day after the Manchester bombing, one government official was quoted, harshly warning citizens that “hatred towards Muslims will not be tolerated.”

From that point, the official boilerplate language rapidly devolved away from the innocent victims of the attack in Manchester, as the background of the killer and the identity of his accomplices and their motives were investigated, dissected and sanitized to maintain the official “narrative.”

Within a week the victims become a mere footnote to the larger story. They are props in the background of the drama, and their own precious lives celebrated only by makeshift memorials of flowers, candles and stuffed animals.

This past Saturday, three Islamic terrorists struck again and murdered seven people, and injured 48 in an attack in central London. The rote process began again. Rambling statements of shock were issued, and politicians made innocuous, often stupid statements.

In this case, Prime Minister May, superficially a conservative of sorts she claims, made a wearisome pledge of defiance; “There is, to be frank, far too much tolerance of extremism in our country,” she said without qualification. “It is time to say enough is enough.” She went on, “We cannot and must not pretend that things can continue as they are.”

The Prime Minister did allow, imprecisely, that the murderers held an “ideology that is a perversion of Islam and a perversion of the truth,” without explaining the contradictions of that comment if one simply looks at the radical rantings, practices and actions of a not insignificant minority of the Muslim population living in the U.K., much less the rest of the world.

Mrs. May’s remedy was equally perplexing. She called for an increased counter-terrorism strategy, longer jail sentences for some unspecified offenses, and new cyberspace regulations – without divulging how any of those words would change the actions that fanatical Islamist’s preform with such regularity and efficiency, even when they are already well known to the authorities.

The mayor of London, Sadiq Khan, himself a Muslim, was not to be upstaged by a mere Prime Minister. After Saturday’s mayhem he cautioned that when Londoners see increased police presence in the streets after an attack, “it is no reason to be alarmed,” a comment that earned a twitter blast from President Trump. But, it’s hardly the first time that Mr. Khan has drawn harsh criticism. He once referred to “moderate” Muslims as Uncle Tom’s, and last year after the 2016 bombing in the Chelsea neighborhood of New York City, he said that terror attacks were “part and parcel” of life in big cities. “It is a reality I’m afraid that London, New York, other major cities around the world have got to be prepared for these sorts of things.”

From the politicians there are mindless and hollow platitudes; for the victims and their loved ones, there are quiet funerals for the dead, life-altering procedures for the severely wounded, and rivers of grief that never run dry.

Similarly in the U.S., the exact same pattern occurs. Islamic terrorists have struck time and again since 9/11, and virtually every incident is a tap dance of irrationality and political correctness, all to support the official narrative.

After the shocking murder of 49 people with 59 wounded in the summer of 2016 at the Pulse Night Club, a busy gay bar in Orlando, Florida, the media and the politicians went into a frenzy of obfuscation. The familiar pattern was followed; who did it and what made them do such a terrible thing?

The bodies of the 49 murdered had not even been fully recovered or identified before the victims status as props to the larger story was being put in place. Instead of an issue of Islamic terrorism, it morphed into a discussion of gun control first, then the sexual status of the murderer himself. The then President Obama refused to identify the killer as what he was, and even the FBI sanitized its press releases to remove the mention of ISIS, to whom the killer had pledged allegiance only minutes before he entered his killing field.

Inexplicably, the larger gay community was, and is, surprisingly quiet on the fact that this killer was an Islamist terrorist, and that Islamic law itself demands the execution or brutal punishment of homosexuality by the most horrific methods imaginable.

Instead, at least a large part of the gay community chose to make the killings about violence against homosexuals generally in the U.S. The nation’s major papers, including the LA Times, The New York Times and The Washington Post, essentially minimized or ignored the obvious facts of the Pulse murders after the first few days, and the articles turned to general discussions of violence against gays across the country, without much specificity. The New York Times quoted an official at the Human Rights Campaign in one major article as saying that “they had been struck by a recent spate of highly publicized assaults against gay, lesbian, bisexual and transgender people.”

No specific facts were offered to support that contention, while the 108 casualties of the Pulse nightclub attack became background noise to a larger agenda.

This is where the truth stands in our new era. To the politicians, activists and governments, it’s as dangerous as daylight is to Dracula. Radical polices are put in place time and again, with disastrous consequences, and no one is ever held accountable for the bedlam that is unleashed on the public.

But average citizens are increasingly in open revolt. They’re looking at the radical policies put in place over which they have little or no control, and are pushing back. They are fed up with a steady stream of lies, half-truths and lectures from the ruling class and the elites, none of whom have to live with the consequences of their actions

Which is exactly why Brexit and Donald Trump succeeded. And more will follow. But the price has been so terribly high.