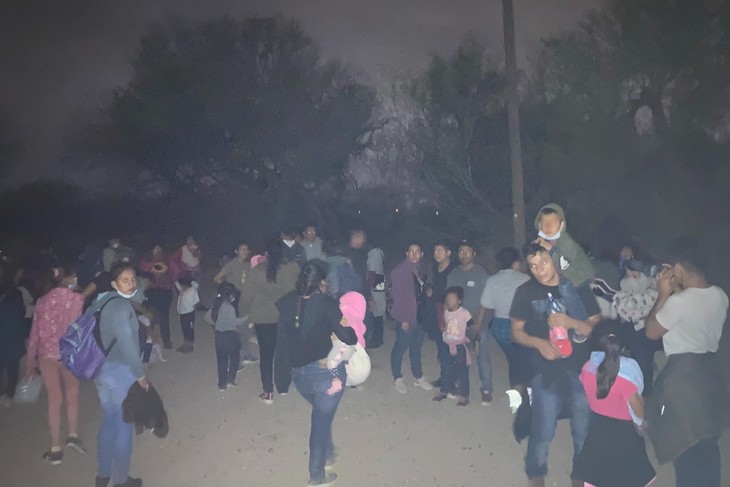 “Walls are submission to the reality of human relationships”

Two farmers in this American classic are mending a common wall that separates their two farms, and one farmer laments, “something there is that doesn’t love a wall.” The other farmer notes without argument that “good fences make good neighbors.”

This poem is ironic and contradictory, delving into the human condition of relationships – boundaries on the one hand and cordial hospitality on the other. But Frost’s second farmer has the last word, as he repeats the old proverb once more as the poem closes, “Good fences make good neighbors.”

Frost’s poem is just as relevant today as it was a hundred years ago. Regardless of political party or ethnicity, the overwhelming majority of Americans have long wanted to increase security on the southern border with Mexico to stop wide-open illegal immigration, the massive drug trade, and cartel violence. The ruling class, oligarchs, and transnational corporations will hear none of it. They hate – yes, hate is the correct word – America and its working-class, middle-class bumpkins – that would be you and me – who disagree with their plan to reduce the United States to third-world status, or worse.

For most of us, it’s just common sense; walls and fences are one means to protect what we value most. We don’t leave the doors to our homes open because we know that it is an invitation for thieves to walk in and take our property or harm loved ones. Our politicians and our “keepers” are guarded behind barriers, fences, and walls to protect themselves – from us presumably. Banks defend their money – our money – behind walls of steel. Many and varied enterprises and private properties are locked down tight behind doors, walls, fences, and cameras.

After studying, writing, and even campaigning about border security issues for four decades, the disaster on the southern border is now worse than ever – and that’s saying something. Following a brief respite for four years as the Trump Administration tried to horse-wrangle the hot mess on the border, the lunatics that now control the country are back in full force, plus some. In January, the freshly installed government in Washington invited anyone who can get to the border to “come on in.” That invitation was complemented by every legal, ethical, and humanitarian restraint being removed from entering the country illegally. It’s now a catastrophe for everyone.

In April, I wrote (here) a piece that asked if a sovereign state, Texas specifically, could protect its borders from an invasion (possibly one million illegal aliens will cross the border this year) if the national government blatantly refused to carry out the federal laws that already exist to do just that? In it, I provided some of the historical and Constitutional justification for state action.

Last week, Governor Greg Abbot of Texas answered that specific question in part when he announced that the state would resume building the abandoned “build the wall” program begun during the Trump Administration. The Biden mob had ended that building program on its first day in power.

Governor Abbot pledged $1 billion to continue building the wall along the border between the U.S. and Mexico on state and private property in strategic areas most vulnerable to illegal entry and drug traffic. He also directed Texas law enforcement, which already has a significant presence along the border, to arrest those crossing the border illegally in those areas. He stated, “It will help all of us to work on ways to stem the flow of unlawful immigration and to stem the flow of illegal contraband.”

The Governor had already caused a meltdown in Washington when he instructed the Texas Health and Human Services Commission to rescind licensing from 52 state-licensed facilities housing migrant children who have crossed the border illegally. The directive required those facilities and their operations to end by August 30. The Department of Justice responded with a threat to sue Texas, claiming jurisdiction under the Supremacy Clause – already a misused catchall for federal overreach.

The radical socialist Democrats are going nuts over Governor Abbot’s plans, of course. They hate states having sovereign power like a vampire hates sunlight. But, as usual, the now ubiquitous crazies who make up the modern Democrat party are on the wrong side of common sense and reason. History is littered with various walls, like the Biblical walls of Jerusalem, the Great Wall of China, and Hadrian’s Wall, demonstrating that ancient societies were no less concerned with their safety than modern ones.

In our own time, the Vatican is largely behind a massive wall, proving the Book of Ecclesiastes assertion that there is nothing new under the sun. Of course, the Berlin Wall and Israel’s wall separating the West Bank, the nation’s largest infrastructure project, proved effective for different motivations. The first for containing captives, the second for self-defense against fanatics who want to blow things up.

Walls are submission to the reality of human relationships.

If you travel in the southern United States and northern Mexico border area, you will be struck by the security walls, fences, and barred doors and windows around private homes. But, you see, people who actually live in these areas, regardless of where they are from, their language, or their heritage, want to be secure and safe in their person and property, too.

Interestingly, in Mexico, you will find that private homes, where the occupants can afford to do so, and many businesses have extraordinary security and walls and fences, often with razor wire. Nor is it uncommon to see barred jewelry stores and banks employing heavily armed security or federal police at the front door.

Such is the state of our world. It just is.

I grew up in a Texas border town and can attest that you vastly reduce illegal activity, including immigration, where you have barriers. I can also report that on portions of the Rio Grande River without fences or walls, you can park your car and watch illegal aliens swim, wade, or walk across the sandy-bottomed river, depending on the time of the year.

No one, including the Governor of Texas, thinks that a wall will stop all illegal alien traffic or drug running. Nothing is foolproof, and nothing is perfect. But walls and fencing will stop everyone except the most determined. That’s why most Americans want security along the border, including a wall along the border where it’s practical and needed. They want to protect what they value most.

Every poll I’ve seen shows majority opposition to a wall on the border of Mexico. So… nope.

Is Mexico paying for it?