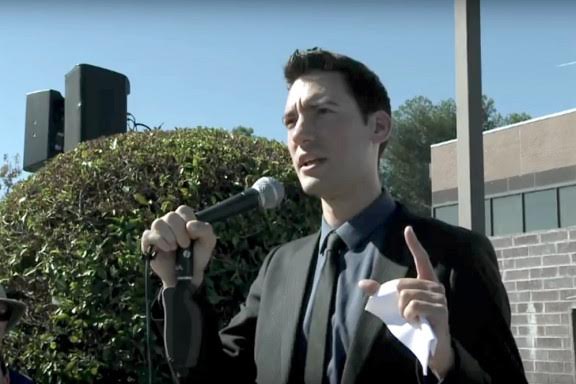 A Houston, Texas grand jury that was investigating Planned Parenthood for violating Texas Penal Code§ 48.02 which prohibits the sale of human organs has instead indicted two persons who made the undercover videos of Planned Parenthood employees.  David Daleiden and Sandra Merritt of the Center For Medical Progress were indicted on a felony charge of tampering with a governmental record, Texas Penal Code§ 37.10, and an attempt to purchase fetal tissue in violation of Code § 48.02.

The tampering charge apparently relates to their use of California issued fake ID’s to enter Planned Parenthood’s Houston facility.  As the statute makes clear, a felony charge is only warranted where there is an attempt to “defraud or harm” another person which is not the case here.  In light of the fact that many civil rights groups use testers it is difficult to see how the use of these IDs can result in a conviction.  For example, the US Supreme Court has sanctioned the use of testers in Federal civil rights cases.

The charge of attempting to purchase human organs apparently relates to an email in which Daleiden offered to purchase fetal tissue for $1,600 per sample.  This obviously was not a serious offer.  This case has considerable First Amendment implications for journalists who use such undercover techniques.

More on this story here and here.  Photo of David Daleiden.

The wheels of justice are focused on those that expose injustice and wrong doing while the perpetrators of the deeds cry in outrage to the appropriately selected left wing activist packed Obama court venue for relief. For example when Obama entered the WH in 2008, Republican appointees controlled ten of the thirteen circuit courts of appeals; today Democratic appointees now constitute a majority in nine circuits and because federal judges have life tenure, almost all of Obama’s judicial appointments will continue serving well after he leaves office. An often little noticed fact is that Obama has transformed the US judiciary to a more activist, ideological driven branch, with an often very loose grounding, in constitutional rulings. This may in effective be the greatest damaging legacy he will inflict upon the Republic long term upon his forthcoming departure from office.

“Perhaps that might be in part because one of the Harris County
prosecutors serves as a board member for the Planned Parenthood clinic
at the heart of this matter.”

If the law makes it illegal to sell fetal tissue, that would seem to be a charge that can only be brought against the seller (PP) and not any buyers.

As Hillary jokes about her server being “wiped clean,” so have the minds of our citizenry been wiped clean of compassion, justice and honesty. This indictment reveals an inconceivable depth of degradation and energizes the very people who mercilessly kill innocent unborn babies. One has to wonder the process by which this so called “Grand” jury was selected.

The prosecutor, Devon Anderson, must have brought the tampering with a government document law to the attention of the grand jurors and asked for an indictment. Her statement that the grand jurors merely followed the evidence is a lie.

1. I can’t remember the case, but recently a court held that internet bloggers were not journalists and therefore weren’t afforded the same protections. That was very disturbing.
2. Its another liberal fear tactic. Like when the federal government threatens treason charges (punishable by execution) or when liberals politically kneecap someone with the legal system to get rid of them a la Bob McDonnell.
3. I’m sure someone will help them for free. But, how do we stop such frivolous actions from happening?
4. As noted, it further demonstrates what POSes for federal representatives we have who refuse to take any action to prevent children from being murdered by the millions.
5. Good will be called evil and evil will be called good.

Good grief, the guy exposing murder for profit is in trouble and the people he exposed are getting away clean? That’s awful.

Next thing you know, undercover cops will be indicted for impersonating a criminal.

After reading the GOP Party and Liberty Movement article where all those great Republicans that hold the purse and refuse to stop PP?

I hope and pray some excellent lawyers will step up and do pro-bono work for Center for Medical Progress. Much of the video was in public, America has become insane.