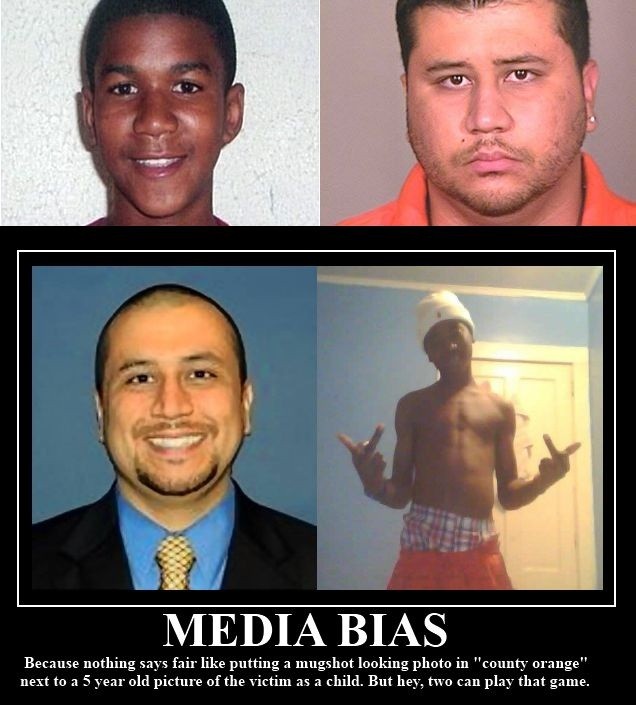 Friends, by now it should be apparent to well informed observers and even to honest and reasonable liberals, that not only does the national liberal media go easy on the Democrats, but it uses racially-charged events to keep minorities in a state of perpetual uproar. [read_more]

But in addition to stoking the flames of racial division, media libs intentionally ignore stories which reveal how liberal policies have led to the deaths of innocent people.  I will cite three cases to prove my point.

First, there was Trayvon Martin, the black teenager who was killed by the “white Hispanic” George Zimmerman.  This is not to say that there are not millions of Hispanics of European ancestry, but George Zimmerman was obviously of mixed-race ancestry on his mother’s side.   But in an attempt to make this a black-white issue, the media libs white-outed Mr. Zimmerman’s complexion.  NBC News even edited out portions of Zimmerman’s call to police to make it seem he was pursuing Trayvon Martin for reasons of race.  In addition to this deliberately dishonest manipulation, NBC and its rivals omitted the fact that it was Trayvon Martin who had race on his mind that night by his referring to the approaching Zimmerman as a “creepy ass cracker.”  But that did not matter to our media friends. Nor did it matter that Trayvon was trying to pound Zimmerman’s head into the asphalt.  They had their sacrificial lamb, their victim, and their cause celebre.

Then there was the case of “the gentle giant,” Michael Brown, who was shot by the white policeman during a violent struggle for the police officer’s gun.  Here again, the media made the death of Brown a cause celebre, during which time the phrase “black lives matter” was coined and reverberated throughout the nation.  Never mind the fact that eye witnesses refuted the myth of Mr. Brown’s having surrendered to Officer Wilson, and that for every white who kills a black person, literally twenty times more blacks are killed by other blacks.  Evidently, black lives only matter when a white man, or a mixed-race “white Hispanic,” pulls the trigger.

And finally, there was the tragic case of Ms. Kathryn Steinle, a 32 year-old white woman from San Francisco who was shot in cold blood on July 2nd by an illegal Mexican immigrant, Francisco Sanchez. It seems that Mr. Sanchez, who had been deported to Mexico five times was recently released by San Francisco authorities, despite a long record of violence.  This incident was totally blacked out by the national media, with the exception of Fox News and The Drudge Report.

Unlike Trayvon Martin and Michael Brown, who had initiated violent life-and-death struggles with their killers, Ms. Steinle was simply taking a stroll with her father.  She lay dying in his arms.  But, to the national media this is one story that could not be told.  It must not be told.  She was a white woman killed by a minority.  Not good for the liberal narrative.  First, it would bring attention to the failure of our federal government to secure the borders.  Second, it would illustrate the fact that the liberal San Francisco “sanctuary city” policy was solely responsible for Sanchez’s being free to kill.  And finally, and perhaps most importantly, this story would support the cases being made by Donald Trump and Anne Coulter.  I know liberals, and they would rather eat a bovine manure sandwich than admit that a conservative whom they have vilified is right.

There is a root cause for media racial dishonesty.  And it is quite simple.  Since the liberal-inspired Great Society has so devastated the black family and the black community, the only way white liberals can appeal to black voters is to create a fantasy world in which Mississippi Burning plays out every day at the hands of fiendish white killers, who go about like hungry lions seeking innocent black lives to snuff out.  Nothing could be further from the truth.   But the truth is now anathema to the national media.

[…] black community.  My friend Mark Jaworowski and others are of course correct when they argue that much of this perception is fueled by a cottage industry of race hucksters in cahoots with Democrat s….  No doubt there.  But that does not mean that we are powerless to fight back and to regain the […]