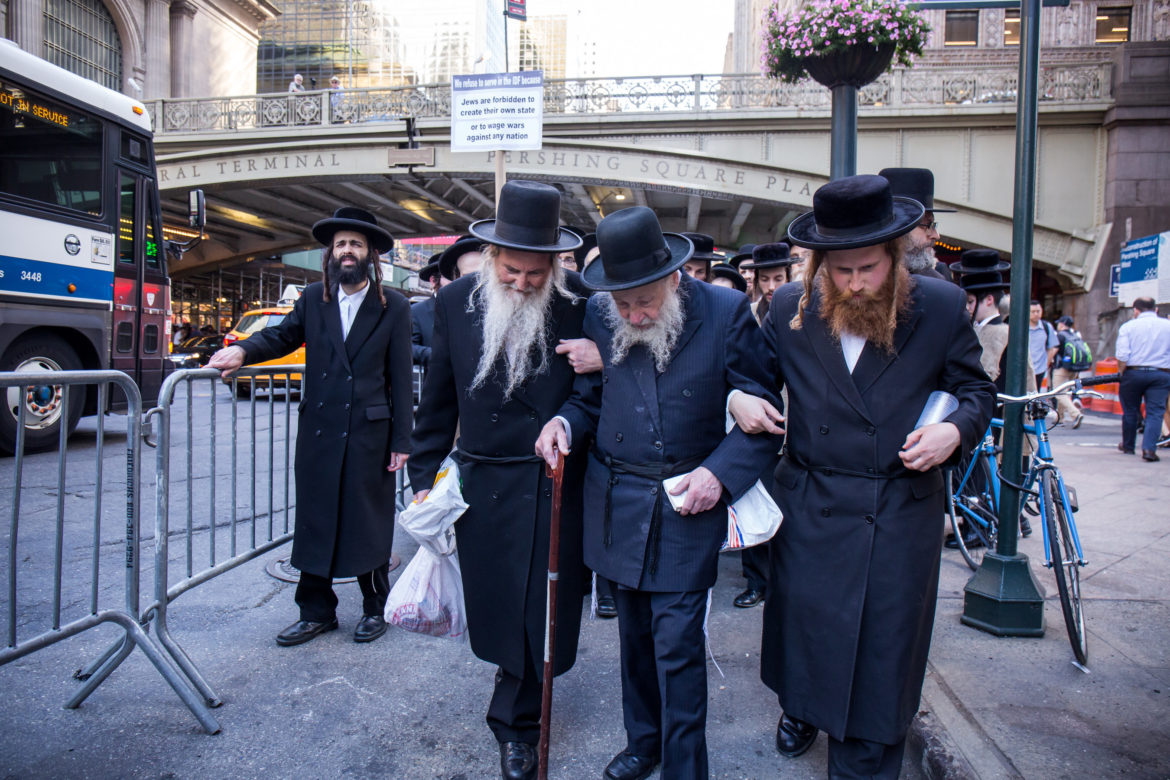 Thank you, Republican Party of Virginia, for allowing Sabbath-observant Jews, Adventists, and others with religious obligations on Saturday, May 8th to be able to vote in the GOP state convention! Onward to victory in November!

We are very pleased with the unanimous vote tonight by the State Central Committee of the Republican Party of Virginia (RPV SCC) to allow Sabbath observers, including Orthodox and traditional Jews, Seventh Day Adventists, and others with religious obligations on Sat. May 8, the date of the state GOP convention, to vote from 3 to 6 pm Friday, May 7th with their local GOP units.

The amendment requires delegates to submit a form by May 4 to the RPV Chairman, Rich Anderson, to certify that they cannot vote on May 8th due to religious restrictions; consequently, those delegates may vote early on Friday, May 7th.

While we were disappointed in the rancorous debate and decision Thursday to not allow us to vote in advance via absentee balloting, the reality is a majority of the State Central Committee had always wanted this, but the “party plan” required a supermajority of 75%.

A number of SCC members in the minority were distrustful of this absentee amendment due to months of infighting among two factions in the governing body.  But over the weekend, many of these GOP leaders were able to hear from committed Sabbath-observing Republicans and came to understand that these fears were misplaced.

As Rabbi Moshe B. Parnes, Southern Regional Vice President of the Coalition for Jewish Values noted succinctly, “It’s clear that this was, in the end, merely an unfortunate misunderstanding, We appreciate that the Chair[man] and members of the State Central Committee were concerned and responsive once they understood that religious Jews would genuinely be disenfranchised without a creative solution.”

Some may have gotten the impression the GOP abandoned us; however, this was quickly proven false.  Orthodox Jews vote overwhelmingly Republican and are staunch conservative and “Trump voters,” for a number of reasons, including traditional values, respect for religious liberty, the GOP’s steadfast support for Israel, and common-sense government.

In reality, the Democrats have and continue to coddle anti-Zionists in their party, such as Congresswomen Ilhan Omar and Rashida Tlaib, who profess to oppose anti-Semitism, but then smile in our faces with their “woke” compassion, and support policies that hurt Jews – i.e. trying to revive the Iran nuclear deal; forcing Israel to give up territory to Arab terrorists who call themselves ‘Palestinians’;  defang the police and county/city commonwealth’s attorneys from enforcing the law,  abandon traditional values by supporting a radical gay lifestyle agenda, and perhaps worst of all, forcing racist, divisive, and pseudo-scientific “critical race theory” courses, which actually makes anti-Semitism by way of anti-Zionism socially acceptable.

We also would like to note that the Democrat-controlled General Assembly, in passing a new law requiring absentee voting for certain groups at party-run caucuses, conventions and primaries, failed to include “religious accommodations.”  We take stock of the state Democrats’ continued inability to offer basic respect for religious liberty or needs except for selective religious groups the political left has deemed “politically correct.”  Lest we forget, the Democrats hold many of their party events on Saturdays, too.

The Jewish delegates who signed up to vote May for Governor, Lt. Governor and Attorney General stand ready to fight to elect Republicans up and down the ballot in Virginia this fall and keep the radical socialists who have taken over the Democratic Party from turning Virginia into a “blue state” like New Jersey or New York.

We wish to thank RNC Chairwoman Ronna Romney McDaniel for her discussion with the RPV SCC in closed session tonight; Rabbis Pesach Lerner and Yaakov Menken of the Coalition for Jewish Values, representing over 1,500 traditional, observant (Orthodox) rabbis in matters of public policy, for writing RPV SCC, and of course, the four rabbis of Bnai Israel Congregation, (Norfolk), Keneseth Beth Israel (Richmond), Chabad of Tidewater (Norfolk), and Chabad of Reston-Herndon for writing RPV Chairman Rich Anderson to ask for this accommodation.

A copy of the April 5 Rabbinic Letter from the rabbis and April 25 Statement from the Coalition for Jewish Values is available upon request.

The views above are those of the two signatories not the official views of the Norfolk Republican Party.

Thank you, Republican Party of Virginia, for allowing Sabbath-observant Jews, Adventists, and others with religious obligations on Saturday, May 8th to be able to vote in the GOP state convention! Onward to victory in November! was last modified: April 26th, 2021 by Guest Contributor Ken Reid

Convention was missed opportunity for Republicans to galvanize voters – The Bull Elephant May 10, 2021 at 5:22 pm

[…] Orthodox Jewish community, who finally won the ability to vote early before shabbat on the 8th, this was a real honor.  A number who did not register were envious of the 12 who did […]