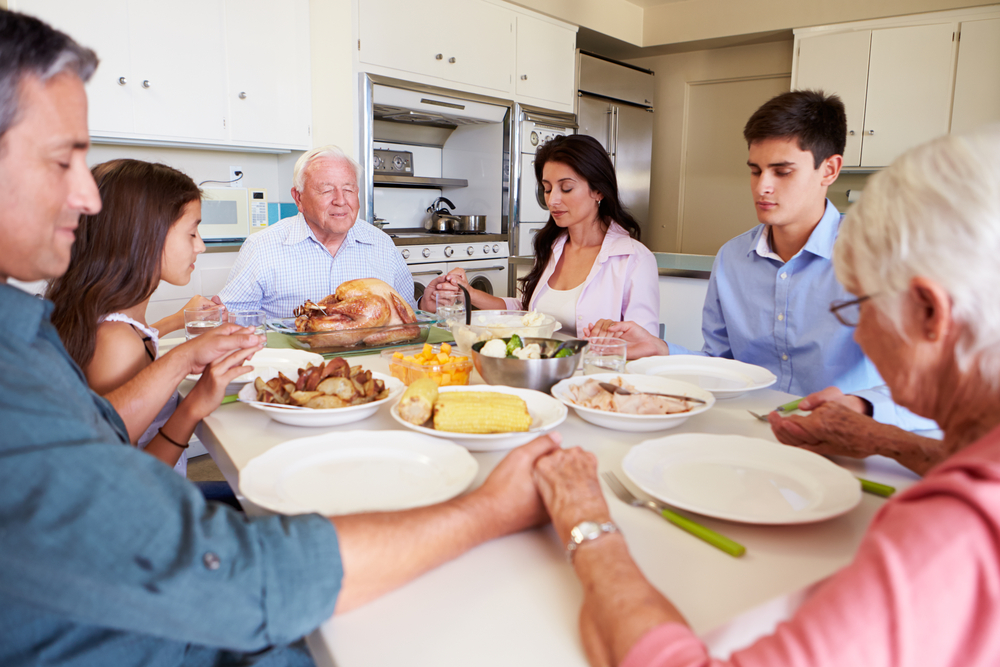 Parts of this article first appeared in 2015, and this is the third iteration. It seems to this commentator that with every passing Thanksgiving, it bears repeating. The news this week carried stories that the celebration of Thanksgiving itself is under assault as a â€œcelebration of genocideâ€  led by a collection of radicals in our universities, peddling a version of Thanksgiving that never was. MG

President George Washington, a man who knew a thing or two about overcoming adversity and riding the Stallion of Faith to victory, issued the first Thanksgiving Day Proclamation for the new nation on October 14, 1789, from New York City. It acknowledged how bereft of merit the people were, yet how grateful they must be of the Almightyâ€™s blessings, for they received those things that they could not provide for themselves;

â€œ[to] acknowledge the providence of Almighty God, to obey His will, to be grateful for His benefits, and humbly to implore His protection and favor.â€

Washington, the greatest in an era of great men, took the counsel of God seriously and was well known for his study of Scripture and employing that knowledge liberally throughout his military and political career. (At his home in Mount Vernon, his prayer kneeler still sits next to his bed, where he kept a meticulous journal of his prayer life, reportedly spending two hours many evenings in prayer.) He understood and spoke and often wrote about the Divine intersection of events that brought the new Republic into existence, and what would ensure the continued blessings of liberty.

Todayâ€™s secularists and atheist apologists, constantly attacking and trying to strip religion and faith from every aspect of public life, have vapors every Thanksgiving, trying to pretend that the day was set aside as a generic celebration of sentimentality; begging the question, a Thanksgiving for what and to whom?

Washington set the day of Thanksgiving in the bedrock from which it cannot be removed, save the Republic ceases to exist. It wasnâ€™t a day to honor hard work, but hard praying. Not luck, but faith. Nor was it a day celebrating chance and circumstance, but instead rejoicing in the abundant blessings of being the children of the Most High. A day Washington proclaimed;

â€œ[to] be devoted by the people of these States to the service of that great and glorious Being who is the beneficent author of all the good that was, that is, or that will be; that we may then all unite in rendering unto Him our sincere and humble thanks for His kind care and protection of the people of this country previous to their becoming a nation; for the signal and manifold mercies and the favor, able interpositions of His providence in the course and conclusion of the late war; for the great degree of tranquility, union, and plenty which we have since enjoyed; for the peaceable and rational manner in which we have been enabled to establish constitutions of government for our safety and happiness, and particularly the national one now lately instituted.â€

Of course, the first President understood and supported the adoption of the Bill of Rights that was ratified in 1791, and he was well versed in the high standard of the First Amendment: â€œCongress shall make no law respecting an establishment of religion, or prohibiting the free exercise thereof.â€ But nowhere does the Constitution say that government canâ€™t commend or promote the virtue of faith, only that faith may not be a mandatory component of citizenship.

But todayâ€™s radial deconstructionists consider the First Amendment an anti-establishment clause allowing them â€“ and them alone â€“ carte blanche to remove faith from the public square in any fashion whatsoever â€“ down to crosses in veteran cemeteryâ€™s â€“ and they are hard at work to disassociate anything and everything outside the walls of the church from its spiritual moorings.

Washingtonâ€™s proclamation was bold and crystal clear, calling on the nation to give thanks for  â€œthe civil and religious liberty with which we are blessed, and the means we have of acquiring and diffusing useful knowledge; and, in general, for all the great and various favors which He has been pleased to confer upon us.â€

Todayâ€™s leaders, secular and religious, sadly have refused to employ Washingtonâ€™s boldness and clarity. Instead, they have allowed a determined and small minority of radical leftists to redefine the character and historical purpose of faith in public life without meaningful protest. They havenâ€™t even made the compelling case that civic virtue and civil and religious liberty are inseparable.

This President, future presidents, and other public officials would serve an important role if they reintroduced, with vigor and depth, the historic placeholder of civic faith in their campaigns and declarations. And people of faith â€“ the vast majority of Americans â€“ should stand up in every available forum and take back their legitimate role in the civil society. They need to employ the same â€œin the streetâ€ tactics of the radicals in courtrooms, colleges, community centers, and in elections; and start on their knees.

None of this means, of course, that the expression of civil faith in the nation comports with, establishes or defines individual faith. But one takes energy from the other. And our culture â€“ without question â€“ is so much poorer without the robust intellectual heritage of the former.