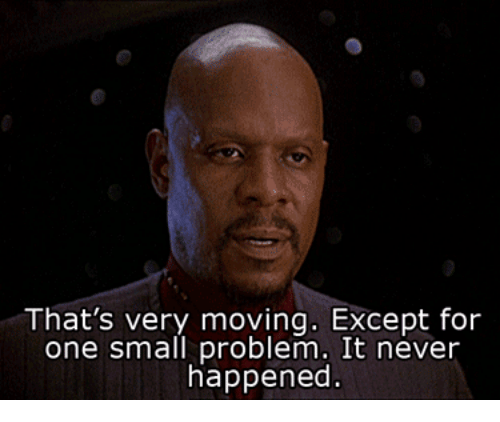 A recent response to my article “Dangerous Precedents” has enhanced my realization of how divisive and confusing ordinary news reporting has become, as major news organs have moved from straight-up reporting to selective reporting. The respondent flamed me for saying, “Teachers have discovered how to get paid without having to go to work” – denouncing it as a “patently absurd” statement, and saying that I would know better than this if I listened to “any teacher in the news.” The “news,” of course is exactly the problem.

The writer went on to insist that teachers in his/her neck of the woods could instruct me on my error, if I asked them. Evidently nothing like what I described was happening there, so my spurious charge cast doubt on my entire article. (Translation: the whole “dangerous precedents” tale was probably made out of whole cloth.)

I’m glad if everything is hunky-dory with the public schools out in my critic’s neighborhood. If teachers there are working, or want to return to work, I’m happy about that, too. But that region, which I know something about, is a long way from the nearby DC-suburb of Fairfax County, Virginia, where teachers’ unions are resisting all attempts to get their members back to school. As the price of resuming in-person teaching, they are making expensive funding-demands of the county’s governing officials. Meanwhile, desperate parents are searching for private schools where their children can get back to classroom instruction.

I never set out to offend people in my articles, but I don’t put lipstick on a pig, either. I didn’t say all teachers were staying away from work, but I do know that it’s happening down here in the Old Confederacy, as well as in DC, Los Angeles, and other locales across the country. Last evening a national news reporter referred to a $129 billion item in Mr. Biden’s proposed $1.9 trillion COVID stimulus bill as “payola for teachers” – a bribe to get them back to work. Call me old-fashioned, but in my day you got fired if you didn’t show up for work. Now you get to share $129 billion. (Is this a great country, or what?)

My wife had a teaching career; two of my granddaughters are teachers; and other members of my extended family are also in the profession. I have great respect for teachers, and I owe a lot to those who taught me. They changed my life. But a situation where teachers won’t report to the classroom, but can still draw their pay, is disruptive to good order and harmful to students. If the precedent is allowed to stand, it will spread. Teachers in other locales will think they can stay home, on full pay, whenever another virus hits. This must be corrected, and there’s no value in pretending that all is well.

I’m used to getting denounced by readers. I’ve been called an ignorant fool, an evil-doer, certainly not a Christian and very likely a Spawn of Lucifer. (That applies to me and the horse I rode in on!) If I took these charges seriously, I’d be in the nuthouse by now. Indeed, some critics have charged that I should already be there. Fair enough. It’s par for the course.

I usually ignore those harsh critiques, but I paid more attention to that recent respondent than I ordinarily would – not because I thought his/her charges were correct, but because they perfectly illustrated my argument about the damage being done to our society by incomplete or deliberately inaccurate news reports. In particular, non-reporting on events that run counter to the political narrative favored by some major news organs is a serious concern. As reporters for major news organizations like to say – “If we didn’t report it, it didn’t happen…”

For readers who think selective news-reporting is a brand-new construct, allow me to describe how some past events affected both American attitudes and world politics. Nearly a century ago an Anglo-American journalist named Walter Duranty served as bureau chief of The New York Times (1922-’36), following the Bolshevik victory in the Russian Civil War of 1918-1921. Duranty wrote a series of glowing reports about the Soviet Union, eleven of which were published in the Times. He received a Pulitzer Prize for those articles in 1932.

Later, Duranty was widely criticized for denying that widespread famine had occurred in the USSR – particularly in the Ukraine where Soviet authorities seized the region’s entire grain crop, sold it abroad to raise funds for the cash-strapped central government, and left millions of Ukranians to starve. Long after Duranty’s death in 1957, demands were still being issued for revocation of his Pulitzer. And in 1990, The New York Times, which had submitted his works for the prize in 1932, wrote that Duranty’s articles denying the famine constituted “some of the worst reporting to appear in this newspaper.”

Duranty’s censorship almost certainly colored President Franklin Roosevelt’s attitudes toward Josef Stalin and the USSR during World War II. Many historians agree that FDR’s rosy, misinformed impression of Stalin – with whom FDR thought he could talk, “man to man” – helped to produce the disastrous concessions concerning Soviet influence over nations of Eastern Europe, granted to the USSR at the 1945 Yalta Conference. Those concessions also led to 50 years of Cold War, including: communist takeover of China, the Korean War, the Vietnam War, a completely communist Vietnam, and a nuclear-armed North Korea.

It’s interesting to read The New York Times admission about Walter Duranty’s articles – made far too late to be helpful. The damage was done long ago, and we had to endure its effects for nearly a century after. The Times was considered the “paper of record” in those days, so Duranty’s false descriptions of the USSR influenced not only FDR’s thinking, but the attitudes of a whole generation of college students. During the 1930s, being a commie was the happening thing on American campuses. Most of those college “fellow travelers” had no idea what murdering swine Stalin and his merry band really were.

When Duranty got his Pulitzer, Times editors didn’t know they were suffering from an early infection of a disease that we might call “That Never Happened.” But the times have changed. Now The Old Gray Lady, the Washington Post, the LA Times, CNN, CNBC and other major news organs across the country are deliberately dividing our culture, for political purposes, by infecting it with that very disease. A liar like Duranty isn’t infecting them. They’re doing it to themselves, and to us.

It was obvious that my critic – so certain that his version of events was correct, and that mine was mistaken (or invented) – has contracted that disease. It’s spread across the country like wildfire. If we don’t take steps to combat it, the country will become so divided that we’ll never be able to put it back together.

One of those steps – perhaps the most important one – will be at the individual level. We can all guard against infection by the Never Happened virus by making sure that we get our news reports from more than one source – by reading widely, and by learning as much as we can about history. This is no time to be blissfully ignorant.

It’s no accident that leftist activists are launching a blitz against the history of our own country, to twist and erase the truth about how we became the greatest, freest, most prosperous nation in history. If they can successfully persuade a large part of our society – especially our young people – that nothing good has ever happened here, and that it’s all bad now, then the Never Happened illness will be terminal.

Will we stand idly by, or cower in fear, while leftist thugs and their media misinformation-allies stomp our culture, our government, our education and our national identity to death? I don’t think so. The American people I know are a lot tougher than that. We’ve got work to do. Let’s get at it.

“Our brethren are already in the field! Why stand we here idle? (Patrick Henry, 1775)