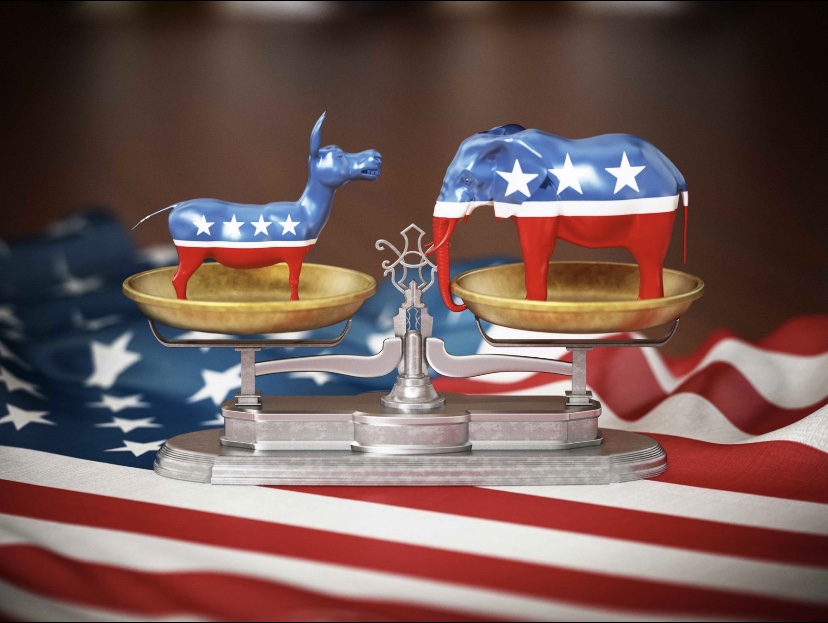 The political conventions during the month of August 2020 really have shown the differences between the two political parties in the United States of America. I have listened to both conventions this year as I have for over six decades.

The Republican Party of today is not the same as it was, even four years ago and the Democrat Party isn’t even close to what it used to be.

The Democrat Party has become the party of Hollywood elites, political elitism, promoting government control over every aspect of human life, regardless of race, color, creed, sex or sexual preference, high taxes, regulation, pro-choice, abortions on demand up to the time of birth, open borders, socialized medicine, limited education, eradication of history, a police-free state and the promotion of socialism.

The Democratic National Convention (DNC) agenda and speakers, along with their media-shills, was nothing more than four days of continued bashing of President Donald J. Trump.

It also has given me the opportunity to be a little sarcastic…I can’t help myself!

It consisted of insignificant Hollywood personalities and the same old Washington, DC, tax-sucking political proctologists who have been living off the taxpayers for decades and bashing anyone that threatens to expose them to scrutiny. Despite the findings of the multiple committees and multi-million dollar investigations, and the phoney impeachment trial, they are still  trying to find anything they can blame on President Donald J. Trump.

One of their intended highlights was Hillary Clinton, who was even nastier than usual, but still winning the Election of 2016. This preceded a presentation by her degenerate husband, former President Bill Clinton, whose personal appearance reflect his years of dissipation and multiple trips to Epstein’s “Pedophile” Island. Neither, was the DNC’s wisest choice for motivational speakers.

Sideline comments were made by “sick and wrinkled” Nancy Pelosi, constantly scrubbing her teeth with her tongue…probably checking for a piece of spinach…or to see if they were still there. She appeared to be partially sober, but not coherent, exuding a diatribe of vitriol towards the President.

“Chuckie” Schumer, who had slicked back his implanted hair to look like a worn-out hairbrush, was extremely debonair but added little to “sick and wrinkled” Nancy Pelosi’s comments from the peanut gallery. I think their combined messages were intended to show the party “unity.”

The main attraction was former First Lady Michelle Obama, (who dug up the White House lawn and planted a vegetable garden), gave a  breathlessly insincere and phony analysis of why President Trump wasn’t up to the task of being president…saying he wasn’t qualified and lacked moral character. This…from a disbarred lawyer from Illinois.

The highlight of the convention was the appearance of former President Barack Husein Obama, who gave an articulate and highly polished speech of politically correct, but vague, objectives void of any substance and finally endorsed his hair-sniffing “buddy in corruption,” Joe Biden, for the presidency.

Everyone extolled the great accomplishments of Hidin’ Biden who validated their claims, by reading a speech written by others off the teleprompter, not fully understanding all the words…without falling asleep.

The entire cadre of presenters seemed either to be from the Twilight Zone or the residents of the Unhappy Valley Rest Home.

The whole convention left most of us with the feeling that life is hardly worth living anymore. It presented a dark image and gave us the fearful recognition that we are all going to hell in a hand basket while wearing required face-masks; enduring trillions of dollars in new taxation, coupled with additional and increased excessive regulations. The one bit of environmental comfort was that the U.S. Taxpayers will finally be a nation void…of farting cows.

Among the subjects they didn’t bother to address were:

They did, however, rail-on President Trump who they claim has done a totally incompetent job of handling the COVID-19 repsonse.

Kamala Harris even made a startling and shocking pronouncement that: “There is a pandemic going on and people are dying!” Which after nearly six months was a brilliant observation.

The only thing that could have made it a little interesting would have been to admit they are left-wing radicals implementing the socialist objectives of Saul Alinsky,  and are the authors and instigators of the current riots, looting and destruction…or had something to do with the creation and introduction of the Chinese Plague to distract from the successes of President Donald J. Trump.

The DNC closed the event with former Vice President Biden giving his speech from his basement and a surprising display of confetti and paper streamers thrown by his grandchildren, followed by the Biden’s and Harris’ parading onto the stage at the local drive-in movie before 100 cars with their emergency lights blinking and a five minute fireworks display from a nearby area on the other side of the wooden fence. Both couples displayed total awe at the splendor before them.

In short…the DNC Convention was a real bummer.

The Republican National Convention (RNC) in contrast, presented a scenario of patriotism and pride, the thrill of accomplishment by a wonderful and enthusiastic nation filled with great and hardworking people. A nation of real families, heroes and champions with uplifting stories and a free people who share the joy of discovery, different cultures, all in pursuit of the American Dream.

What was presented is a very long list of outstanding accomplishments and people who have benefited from them or been helped by Donald J. Trump. I don’t believe that many of the Democrats would even understand, and those who do…are no longer Democrats.

One of those accomplishments was how President Trump, in January 2020, before even the first case of COVID-19 appeared, closed travel from China and other locations (despite the criticism and ridicule by the left and media), initiated one of the largest mobilization efforts since WWII to provided COVID-19 relief to millions of people, producing millions of face masks, gowns, and tens of thousands of ventilators, created 2,000-bed hospitals, provided hospital ships to both coasts, to mention a few things, and created Operation Warp Speed greatly reducing red-tape in the medical field to find a vaccine and cure. The President also, personally kept the citizens of the U.S. informed of progress and status on a daily basis for months.

The RNC closed the four-day convention after many heart wrenching testimonials from extraordinary individuals at the beautiful Andrew W. Mellon Auditorium in Washington with  a RNC-sponsored and spectacular event in the backyard of President Trump’s home. There, President Trump accepted the nomination and gave a seventy-minute speech outlining a few of his many accomplishments and giving his vision for the next four years. This was followed with an amazing fireworks display near the Washington Monument on the Smithsonian Mall. It was a genuinely patriotic evening. One to be remembered for a lifetime.

The only negative aspect of the evening was an attack on the departing guests, by paid left-wing rioters outside of The White House compound.

Those hearing that President Donald J. Trump has produced anything worthwhile, must be amazed that the media has kept them so much in the dark. He has produced more good and beneficial accomplishments for the citizens of the United States of America than any other president in history. Perhaps, more than all the others combined…and works up to twenty hours daily…and for free.

To those who are hearing this for the first time, you must be in total disbelief, and to those which are crying, “It’s all lies,” I say, “No…what you have been hearing from the media and the Democrat Party over the past four years are lies...these facts are the truth!”

You have been fooled and lied to by those living in “the swamp” of Washington, DC, who have done nothing for so long and fear exposure, thus losing their power, control…and gravy train. They hate anyone who does anything or accomplishes anything worthwhile for it shows their greed, corruption and incompetence.

If you don’t believe this…go on believing the world is flat!