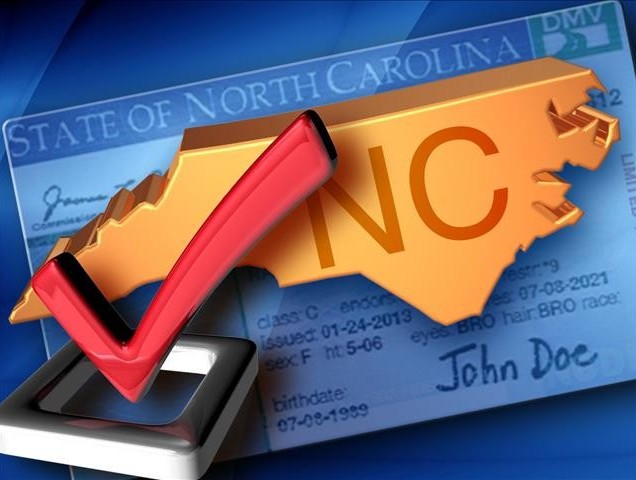 In a decision that could effect voter ID laws in other states, a panel of three Democrat appointed judges of the 4th circuit court of appeals struck down North Carolina’s law that required a photo identification to vote claiming the law would “target African Americans with almost surgical precision”.

The judges also claimed the law was passed with “discriminatory intent” while lawmakers claimed the obvious, the law was passed to prevent voter fraud.  The law had also banned early voting and same day registration.  (I have no idea how such laws target one race and not another.) All provisions of the law have been struck down and will apply this November.

Attorney General Loretta Lynch,  a party to the appeal, said,

“that the court described in its ruling as ‘one of the largest restrictions of the franchise in modern North Carolina history.’”

“And it sent a message that contradicted some of the most basic principles of our democracy,” Lynch said in her statement. “The ability of Americans to have a voice in the direction of their country – to have a fair and free opportunity to help write the story of this nation – is fundamental to who we are and who we aspire to be. Going forward, the Department of Justice will continue our work to protect that sacred right for all.”

“Since today’s decision by three partisan Democrats ignores legal precedent, ignores the fact that other federal courts have used North Carolina’s law as a model, and ignores the fact that a majority of other states have similar protections in place, we can only wonder if the intent is to reopen the door for voter fraud, potentially allowing fellow Democrat politicians like Hillary Clinton and Roy Cooper to steal the election. We will obviously be appealing this politically-motivated decision to the Supreme Court,”

Voter ID laws have also been struck down in Wisconsin and Texas.  These decisions will help the Democrats in November when they are able to register more dead people to vote and encourage their voters to register to vote on election day from multiple residences.

What’s truly funny is liberal sites like Snopes or Politifact reporting that there have, “in fact”, only been 31 cases of voter fraud out of over 1 Billion votes since 2001.

As if their belligerent opinion and refusal to recognize the findings is some sort of authority.

This is ridiculous! Voter ID is the only way to limit fraud!!! You need ID to but Liquor, board a plane, and you don’t hear the Democrats crying!!!! Just another ploy to use RACE as a way to tear apart our American system of Laws and Integrity!!!

Democrats were required to have ID for their convention. Funny how things work.

What would have been funny if the paid seat warmers snuck in anti-Beast signs and chanted “no more HIllary”. Talk about getting what you pay for.

The paid actors were told they had to dress appropriately, cheer continuously, wear Hillary swag and if they violated any of the rules they would be booted out and not get paid. They did as they were told.

How does one get booted out when they were locked in? I would like to know how much the fire marshal was paid for that call. Incredibly stupid and dangerous thing to do.

Clearly, Democrats are seeking to permit folks who are not eligible to do so to vote. If most illegals tended to vote Republican, you would not see any of this crap.

It was my understanding that this bill wasn’t just about photo IDs
but had other restrictions such as limiting early voting.

Yes, I said that in the article.

The biggest “Flag” was that it eliminates same-day voter registration. That means about 30,000 NC voters would have to sign up somehow within the next 90 days if they intend to cast a vote in the general election.

In other words, no one-stop shopping when it comes to Presidency… as it ought to be! We don’t need people casting emotion-based ballots anyway.

It seems kinda racist to insinuate that blacks are less capable than whites of figuring out how to get an ID. Exactly which race or ethnicity is “legal voter”?

I had the same thought! Seems rather racist to me.

Just like I told you people. The Republicans tried to stop Democrats from voting with voter ID, Obama retaliated by opening the floodgates to illegals.

The court system threw them both in the trash. This was a waste of time by both parties. They could have used the time to slap tariffs on imported goods like Reagan did. They could have locked up employers who hire illegals and deported the illegals.

What did they accomplish? Nothing.

Yet, for some reason, the supposedly disenfranchised blacks, hispanics, illegals and illiterate Democrats have no problem getting access to welfare. I guess voting is just too tough.