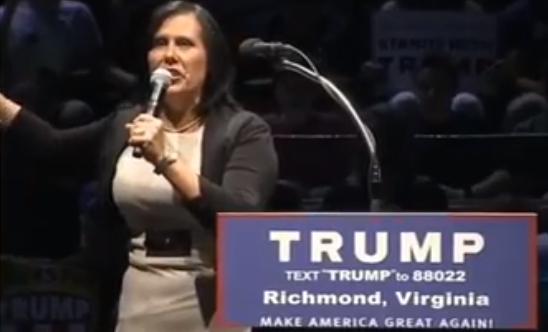 I currently sit on the Sixth District Committee as the Central Regional Vice Chairman. I have been involved in Republican politics for close to ten years – since I started college at Liberty University. A lot of people have called me many of things over those ten years. However, Mr. Massoud stating that opposition to the tactics on display at the January 6th meeting of the Sixth District Committee was “dreamed up by some establishment hacks to try and make people on Team Dunbar (aka Matt Tederick) look bad” is a new one.

Regardless, allow me to provide a different perspective on Mr. Massoud’s assertions. He cites 2016 rules to the 6th District Convention in which State Central Committee members and Presidential Elector needed to be elected by plurality as precedent to the 2018 proposed method. Mr. Massoud called opponents to this method as being “specious”, “disingenuous” or “hypocritical.” Here’s the difference I have: that convention only had party leadership up for election, not a public office.

Mr. Massoud also said that allowing delegates to see the rules and digest them before the convention did not occur in 2016. Has it ever occurred in a convention before? If I remember correctly, the proper method of convening a convention is to also convene a Rules Committee to draft the rules. This is drastically outside the norm of operation for any convention. The argument also is that the delegates have the right to approve the method on the convention floor via the Rules Committee Report. This is entirely true. However, we have effectively set into motion an expectation. The expectation is that there will be one vote for Congress. Despite the understanding that delegates to the convention can adopt a different rules package, are we really going to imply that we can simply “un-ring” the bell and adopt a different rules package? This is misleading at best and deceptive at worst. This was a deliberate attempt to predetermine the rules to the convention.

Mr. Massoud stated that this method will also allow the convention to get out “on time”. I believe that he may be referring to the 2013 convention when the balloting for Lieutenant Governor (which gave us a nominee in E.W. Jackson) went late into the night. What Mr. Massoud either forgets or fails to mention is that the first ballot took almost 4 hours to complete and count. Proper execution of mechanics can prevent this from happening again. The argument that we need plurality in order to have a shorter convention is erroneous. Shorter conventions can be achieved if the mechanics are executed properly.

The second biggest issue I have with the January 6th meeting is the date of the convention, May 19th. This is in direct conflict with Liberty University’s Commencement ceremonies. I view this as a deliberate attempt to quash certain influences and voices from Liberty University and I view this as a slap in the face to Liberty students, faculty, and staff. I apologize to all Liberty students, faculty and staff negatively affected by this decision. While it is highly unlikely that the Committee will ever reconsider the date, please know that I understand the decision to hold the convention on May 19th places an undue burden on this constituency and I will work to ensure that this never happens again. Liberty University also offered a site for the convention at the cost of $7,500. Yet, we selected a location that will cost 3.5x more ($25,000).

We must ask ourselves why the Committee not only selected a date that directly conflicts with Liberty University’s Commencement but flat out refused a date that provided a venue for $17,500 less! Why is it also okay to not conserve funds with a contested Congressional election on the horizon – especially a seat that Democrats are salivating over given their recent successes at the ballot box?

In the effort of full disclosure, I endorsed Ben Cline for Congress – with that said, this article was written without consultation of the Cline campaign. The words and ideas are mine and mine alone.

John, RPV is drastically different from 6th District. The 7Ps here would be beneficial…Proper Prior Planning Prevents _____ Poor Performance. RPV didn’t plan in 2013…the 6th District opted to not even try?

I’m confident in the ability of Team Cline to do what needs to be done.

We could have easily avoided the conflict with LU’s graduation date had we simply suggested a date in late April, early May or early June. It’s not rocket science.