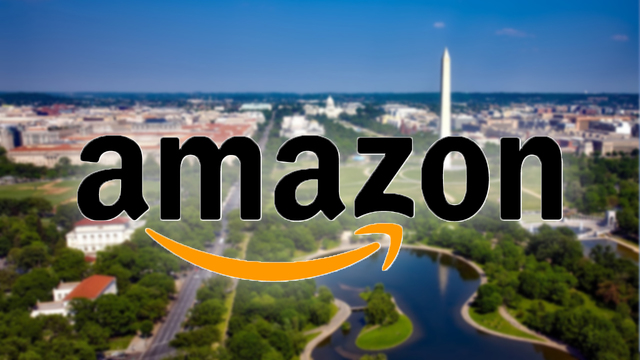 The Administration’s Defense of $550 Million in Amazon Employment Subsidies

Critics of Virginia’s deal with Amazon, Inc., have focused on the $550 million in job-creation subsidies as a grotesque example of corporate welfare, crony capitalism, or whatever you want to call it. I totally sympathize. The richest company in the world doesn’t need public subsidies. Moreover, given all the assets Virginia offered — a prime walkable-urbanism site in Washington’s metropolitan core, access to mass transit, one of the nation’s largest pools of high-tech labor, and a promise to invest billions building Virginia’s talent pipeline — some might think that Virginia didn’t need to give away so much money.

However, Stephen Moret, president of the Virginia Economic Development Partnership and Virginia’s lead negotiator, argues that the subsidies were necessary to win the biggest economic-development deal in recent U.S. history. Amazon’s RFP made it as transparent as a Victoria’s Secret negligee that the company expected incentives to help it offset the up-front cost of its investment. States the RFP:

Incentives offered by the state/province and local communities to offset initial capital outlay and ongoing operational costs will be significant factors in the decision-making process. …

Virginia’s goal in economic development projects like this is to reduce incentives to an absolute minimum — ideally zero, says Moret. But in this case, Virginia’s economic-development team knew it was competing with states who were willing to give away the store. New Jersey offered $5 billion to $7 billion in direct incentives.

It’s hard to gauge the competitiveness of other offers in Amazon’s site-location calculus, so state officials could do no more than make an educated guess as to how much Virginia needed to offer to snag the deal.

“You can never know the breakpoint. The company always knows more than we do,” says Moret. “It’s hard to reverse-engineer their thinking.”

As a practical matter, Virginia had to put something on the table, Moret says. The state previously had agreed to provide $70 million to Micron Technology, Inc., to win a $3 billion, 1,100-employee expansion of its semiconductor facility in Manassas. “It would be hard to offer Amazon nothing after what we’ve done in the past.” On a dollars-per-job basis, Virginia’s incentives are less than what it provided other premier headquarters, such as Northrop Grumman, he adds. Given the state’s track record, to deny Amazon an incentive would have signaled that Virginia was not serious about the deal.

Another key point, says Moret, is that Virginia structured the deal to ensure that it is cash-flow positive for the state budget. Virginia makes the first incentive payment five years from now — long after Amazon begins hiring and generating tax revenue.

In past posts questioning the necessity of the subsidies, I have quoted Secretary of Finance Aubrey Layne as saying, “Incentives didn’t really drive the decision. At the end of the day, it was the workforce development and education pieces, which we already had decided were going to happen regardless.”

In an email, Layne provides context to that statement:

Even though [incentives] did not drive the deal, remember we wanted to have a real public/private partnership with Amazon. That requires “skin in the game” for both parties in order to show commitment to make the deal happen. We were very careful to make sure our direct incentives were payable only “after” Amazon incremental revenues are realized by the Commonwealth.  We can debate the level of incentives, but on a per job basis they are moderate when compared to previous incentives.

You are correct, only Amazon knows their ultimate importance in their decision.  I only know we are comfortable with how we structured our total incentive package. We believe it is good for Virginia and we have properly protected our taxpayers in relation to the upside benefits we expect for years to come.

There is really no excuse for subsidizing these huge companies. It makes far more sense to keep taxes low, maintain and improve public infrastructure, and fight for school choice. Such things will attract small businesses. Small businesses give the average citizen a choice of employers. If we have low taxes, a decent public infrastructure, good schools, and an educated work force, large businesses will move here because it makes them more competitive.