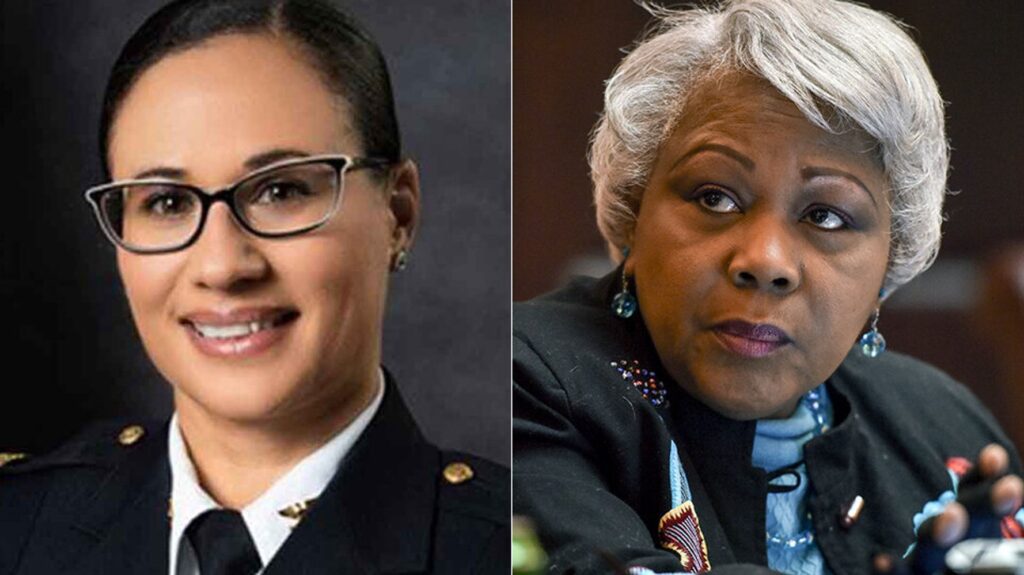 Philosopher David Hume once said: “The corruption of the best things gives rise to the worst.” That may be the fate of the Portsmouth, population of 93,000, in the absence of outside oversight.

In the wave of protests over George Floyd’s death at the hands of Minneapolis police in 2020, Portsmouth activists called for tearing down a 127-year-old monument to Confederate war dead. City Council deferred a decision to remove the two statues, as  required by law. In June a mob proceeded to topple one and behead the other. Portsmouth city police pressed charges against several high-profile participants. Although the charges were withdrawn, the subjects turned around and sued the city.

Rather than litigate the suits, the city awarded $300,000 earlier this year to state Senator Louise Lucas, D-Portsmouth, who is the Senate Pro Tempore and de facto Democrat political boss of Portsmouth. The remaining $150,000 was divided between 10 influential demonstrators, whom columnist Kerry Dougherty called the “Portsmouth 10.”

These include Portsmouth School Board Vice Chair LaKeesha Atkinson, an employee in the public defender’s office, and several city NAACP leaders. Among 19 arrested in the protest was the public defender, Brenda Spry. She was later confirmed by the General Assembly to be a judge — a decision that was decried by then-Delegate Jason Miyares before he was elected Attorney General.

Lucas and the “Portsmouth 10” (plus 8 others) were charged with felony counts in August 2020 for the interference. In this video, you can see Lucas – wearing a bandana over her face due to COVID – telling police not to arrest the demonstrators (i.e., interfering with police trying to stop the mob).

City Police Chief Angela Greene –- whose predecessor had been fired just months before, and then appointed by Gov. Ralph Northam to chair Virginia’s controversial state parole board — did not “detail exactly what Lucas or several other people are accused of doing … to merit the charges…” Politico reported,
But Greene told a press briefing the damage had cost the city hundreds of thousands of dollars and created a serious injury when a statue fell on one of the protesters.

Greene said requests were made to state and federal authorities to conduct an independent investigation. And she said that a discussion with the Portsmouth Commonwealth’s Attorney “did not yield any action.” The CA is Democrat Stephanie Morales.

Then Lucas’ daughter, Vice Mayor Lisa Lucas-Burke, was served a summons after a Portsmouth resident filed a criminal complaint against her for calling on Greene to resign. The charges were class-3 misdemeanors, and nothing came of them.

But the filings triggered massive protests by Lucas supporters, claiming they were intended to silence her efforts on police and bail reform in Richmond. Northam and Democrat gubernatorial candidate Terry McAuliffe came to her defense. The Virginian-Pilot slanted stories to make the charges look like the old white establishment picking on a black leader. (Chief Greene is black).

After Lucas was charged, an effort to recall her from the state Senate ensued, initiated by conservative Virginia Beach attorney Tim Anderson (now a state delegate), and largely led by white Republicans.

Despite getting the requisite number of signatures to possibly get the recall on the ballot, Lucas’ attorney found a provision in the state constitution that said only the General Assembly can remove members. So, the recall failed.

In September 2020, the city manager put Greene on administrative leave for 30 days, pending an investigation. Then after the 2020 election, on Nov. 16, the city manager fired her, giving no reason. Hours later, Morales dropped charges against Lucas and the demonstrators

In April 2021, Greene sued the city for the firing – and Portsmouth is paying for her defense. Lucas then sued Greene and the police for $6.7 million, citing “great emotional and mental distress, loss of enjoyment of life, humiliation, embarrassment, mortification, shame, vilification, great personal trauma, stress, fear, worry, and injury to her good name and reputation.”

The Portsmouth 10 also sued the city, individually, seeking damages. Each settled in November 2021 for $15,000, amounts okayed by the City Council.

But the Lucas settlement of $300,000 was not council-approved. There is no record of even a closed session discussion. Greene’s attorney, Tom Plofchan of Sterling, said the settlement violated the city’s policy. Greene was not even consulted.

Lucas told the media she would donate the $300,000 to “the charitable efforts in our community I have been involved with for so many years,” via the Hampton Roads Community Foundation.

What smells about the Lucas settlement is the size of the award. In September 2021, the city approved a $500,000 settlement with the family of Pamela Riddick, who died in the city jail in 2017 due to maltreatment.

I have worked in Portsmouth, lived in neighboring Norfolk, served 10 years in local government in Loudoun County, and done reporting in New Jersey and Maryland. I witnessed how cities — notably, Baltimore — can die due to political corruption.

In my view, the Attorney General should investigate to ascertain if any laws were broken, just as he is probing the Loudoun County Public Schools’ handling of sexual assault cases.

I recognize this is a potential hornet’s nest for Jason Miyares due to the racial overtones, but Portsmouth is a city with a history of corruption, including an African-American councilmember who was convicted of felony forgery in 2018 (pardoned by Northam before he left office), and a former sheriff, who is White, who allegedly gave away government property. Any probe should go beyond Lucas.

If we ignore this and say, “Well, that’s just Portsmouth, for you,” are we not making the same mistakes Baltimore and Newark have made through the years, giving carte blanche to politicians elsewhere in their states to do the same?

Portsmouth already has a serious crime and homicide problem, too. It is No. 18 in per capita murders in the U.S.

Hampton roads is too far down the shit hole to change now. City governments pay tax money for development with no return on investment. Gang bangers haunt the oceanfront and even the most expensive shopping malls, forcing tourists and shoppers to go elsewhere. Wonder what all the people moving down there from northern Libvilles are going to do when their lack of due diligence catches up with the cash offers?