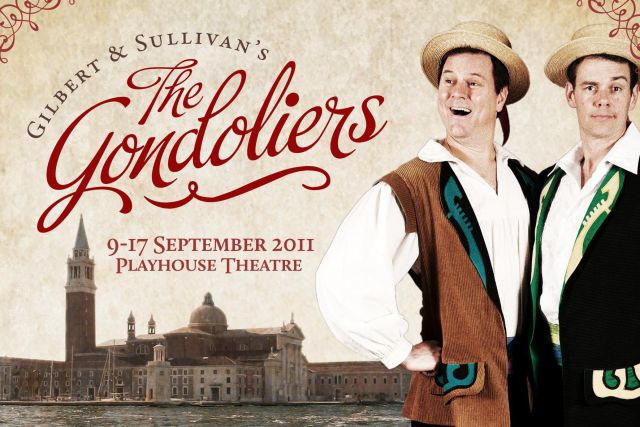 The Age of Nonsense: “They’re all Racists!”

(Part I of a series)

A line from The Gondoliers – Gilbert and Sullivan’s comic operetta about love, politics and hidden identity in the “flooded streets” of Venice – has been running through my mind in recent weeks:

“When everybody’s somebody – then no one’s anybody…”

Someone once said, “Real life isn’t a movie.” I would add that it’s not a Gilbert & Sullivan operetta, either, although sometimes Americans act as though it is – especially Democrats who want to be president. The G & S line can also be applied to labels like “bad” or “good.” When everybody is “bad,” then nobody is, because all distinctions are obscured by overuse of the term. Ditto for saying everybody (or everything) is “good.” The words lose their meaning in this foolish construct.

Today, that silly inclination includes the uni-branding of an entire political faction as “racists.” Everything the current president and members of his party do or say is cited as proof of their ugly, deep-seated “racism.” The term is overused to the point of absurdity, with TV talking-heads declaiming, non-stop, about Mr. Trump’s “despicable,” indisputable racism – without a single concrete example.

Recently, MSNBC host Nicolle Wallace claimed that President Trump wants to “exterminate” Latinos – something he has never come close to suggesting. The loaded word – which evokes grim memories from a despicable chapter of European history – produced a storm of protest from viewers. So the next day the (cosmetically) repentant Ms. Wallace issued a lame apology, saying she had “misspoken,” and that the error was “unintentional.” But, hey, no problemo – this happens all the time. Remember when conservatives accused Barack Obama of wanting to “eliminate” white people? (No? Neither do I.)

The truth, of course, is that Mr. Trump’s political opponents call him a “racist” because they hate his policies, and because they hate him, his beautiful wife, his accomplished family, and anyone who ever worked with or for him. It’s all about hate, and “racist” is the worst label they can think of to pin on him. (Besides, who but a racist has hair like his?)

Millions of normal Americans reject all this because they know that anyone who has reached Mr. Trump’s level of business-success simply cannot be a reincarnation of Nathan Bedford Forrest, Woodrow Wilson, Bull Connor or George Wallace. He can’t be a closet-member of the Klan. If he were, no one would work with him to forge business deals. And no one would work for him.

Automatically branding anyone who disagrees with you as “racist” turns the whole shtick into a silly parlor-game. (“Aha! I knew you were a racist!”) But the serious problem is that overusing the term as a political weapon diminishes what racism actually was. Whole libraries of books have been written about this, so I won’t attempt a comprehensive description here. Suffice it to say that most Americans under the age of 60 have no idea what an absolutely putrid and corrupt system it was – not just in the southland of our country, but in the north, east and west, too.

For a full century after slavery was abolished, millions of Americans were effectively denied full participation in the economic, educational and political life of the country because their skin was the wrong color. We justified this by telling ourselves lies about the cognitive and physical inabilities of these people: e.g., they couldn’t learn the way other ethnic groups could; they were too stupid to be mechanics or scientists or teachers; they could never be football quarterbacks or coaches; etc., etc. We “knew” these things, but it was all rubbish. This perverse social construct wasted an incalculable amount of human potential, while building up a tidal wave of resentment that caused slaveholder Thomas Jefferson, over 200 years ago, to deliver his famous warning:

“Like a fire-bell in the night [slavery] woke me and filled me with terror.”

After corrupting several post-Civil War generations, Jim Crow racism was finally rejected by most Americans in the 1950s and ‘60s. Vestiges probably remain in scattered groups and individuals across the country, but nothing today remotely resembles the racism that I first saw in Virginia and Washington, DC, circa 1958.

Democratic governance was responsible for most of this institutionalized racism, but today’s “conventional wisdom” holds that the party has “reformed.” That claim should be viewed with a skeptical eye though. In a remarkable display of consistency, Democrats are the only organized political faction still using racism as a political tool.

While posturing as champions of blacks and Latinos, Dems treat them as “inferior” people: “victims” who can never succeed without receiving advantages and economic largess from compassionate politicians who want to expand government’s provider-role. In truth, Democrats’ Great Society ministrations crippled black families by driving fathers from their homes so single mothers could receive “welfare” checks.

But Democrats’ (really) dirty secret is their advocacy of unrestricted abortion – uber-racist Margaret Sanger’s tool-of-choice in her campaign to eliminate the “weed races” from America. Her advocacy of forced sterilization of those undesirable races has also morphed into today’s “transgender” craze – a truly evil movement that produces unfertile women, sterile men, and no offspring. If all this isn’t just good, old-fashioned racism dressed up in new duds, I’d like to know exactly what we should call it.

Democrats’ current employment of racism is just an extension of their 19th century commitment to “slavery, secession, and segregation.” Younger people who “don’t know much about history” have been “taught” that Republicans have always been the nation’s true racists. (Abe Lincoln a Republican? Are you kidding me?) Somehow it’s been forgotten that Democrats:

Millions of Americans today don’t know that Woodrow Wilson resurrected the Klan during his presidency (ca. 1915), and that Democrats furiously opposed all Congressional attempts to pass meaningful Civil Rights legislation, until 1964.1 Accomplished black politician Condoleeza Rice has noted that most southern blacks in the 1940s and ‘50s were Republicans because only the GOP allowed them to vote. Civil rights hero Martin Luther King, Jr. was a Republican, too.

Educators, politicians and news “reporters” who know this true history of Democratic racism are trying to conceal it in order to convince “low-information voters” that Republicans are the true racists, while Democrats are – and always have been – the noble champions of oppressed minorities everywhere. From this false heroic pedestal, Democrats demand open borders so hordes of needy minorities can stream into the country to become unassimilated new voters who will change our culture, support radical socialist policies, and keep them in power.

Republicans who oppose these policies on realistic financial and cultural grounds are routinely tagged as racists. A slavish media echo-chamber repeats that label over and over, until some citizens believe it just because they’ve heard it so much. It’s a repeat of the Big Lie political strategy, which resembles a serious attempt to convince people that the world is flat. And it would be funny if it weren’t so dangerous. Will it succeed? I hope not, but the jury is still out. We’ll see if the American people are as dumb as Democrats think they are.

(Where are Gilbert and Sullivan when you really need them?)

The Age of Nonsense: “They’re all Racists!” was last modified: August 9th, 2019 by Woody Zimmerman