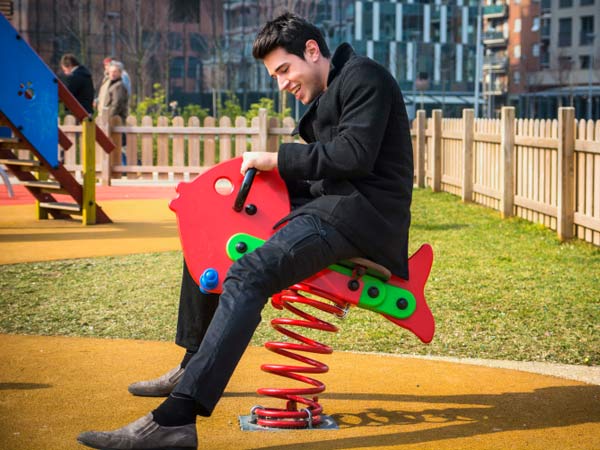 The Aging of Childhood (Part I)

Experts say children today are more worldly wise than children once were – especially (wink-wink) about sex. My grandma said she had no idea her mother was even expecting when a new baby (my great-aunt Stella) suddenly arrived in 1903. (Grandma was eighteen at the time.) Try to imagine that today, with women eight months pregnant wearing hip-hugging, tummy-bulging slacks. One wag said Booth Tarkington’s 1916 classic, Seventeen, would be titled Twelve if it were written today. Psychologists tell us we must adjust to children’s new “maturity.”

But my emphasis here is not earlier maturity in children, but the opposite – maturity reached far later than it should be in important areas. There is a modern tendency to push childhood and adolescence out beyond traditional ages for various aspects of a young person’s life. This is what I mean by the “aging of childhood.” Consider some examples.

Good friends raised two sons who did no chores around the home. Their father said he had to work too hard as a child, so he spared his boys from that “oppressive” experience. By age 20, neither boy had ever done anything except go to school, watch TV and play ball. No dishes, lawn-mowing, leaf-raking, trash-carryout – nada.

Another parent kept his college-age kids away from low-level summer jobs. He thought such work would disrupt their preparation for starting out at a “professional” level. I always wondered what happened when the string finally ran out, and they actually had to learn to work or (horrors!) start at an entry level.

In another family the parents distrusted dating. Their late-teens kids had never dated and had received no positive instruction – only warnings about the bad things that can happen. Having been denied the opportunity to develop these important social skills under the protection of their family, the children would have to acquire them later, on their own. This can lead to severe disruptions in a young person’s future.

Years ago my wife and I knew a young woman of similar upbringing. She had never dated, so when she traveled to France for a summer tour, she promptly fell under a man’s influence, conceived a child, and was married within two months. Her new husband returned to the USA with her, but the marriage soon collapsed for many reasons – not least of which was her total lack of preparation for serious relationships. (One suspected that immigration was his goal all along, but that was enabled only by her inexperience and ignorance.)

Socially, a child of 12 should be able to operate in a group, as well as one-to-one, without being trampled upon or needing to be the center of the universe. By age 16, boys and girls should be able to relate to members of the opposite sex in dating situations with trust, courtesy, generosity and appropriate affection. The concept of a “gentleman” (or “lady”) should be fully internalized. A twenty-year-old should understand commitment, caring, and placing another person’s well-being ahead of his own – well enough to marry. Not everyone can marry at age 20 – often because of financial and scholastic considerations – but from the standpoint of personal maturity it should be possible.

The irony of teeny-boppers supposedly “knowing everything” about sex is that the “experts” – who should know better – are considering only the physical aspects, not the mental and emotional maturity needed to enter (and maintain) a secure and constructive marriage. Building a marriage is – as millions of young people learn every year – far more than knowing how things work, physically, in the bedroom. That aspect is not unimportant, but marriage requires an array of social skills that should not be brand new concepts to the bride or groom on the wedding day.

Who am I to comment on child development, family and marriage? Obviously not a child psychologist. (Could that be an advantage?) My expertise is empirical, not academic. It’s based on my own childhood, on my experience raising three children, on analytical observations, and on old-fashioned common sense.

My wife and I didn’t do the job perfectly (does anyone?), but we did reasonably well. This gives us some credibility. Each child graduated from a quality private college (for which he raised half of the funding), and two have advanced degrees. Each has a profession or an occupation, is in a stable (first) marriage of 25+ years, and is raising a family. Each is a Christian, married to a Christian spouse and active in a church. None has ever been on drugs, gone to jail, or produced an out-of-wedlock child. Each sleeps with his/her spouse every night, owns a home, and is financially self-sufficient. All have personal flaws, but not enough to make an interesting chick-flick. Each child, grandchild, and great-grandchild is a special blessing. Millions of parents would give their right arm for such a family. I thank the Lord for them every day.

People write whole books on child-rearing, so in this limited venue I’ll concentrate on areas where childhood is being pushed out too far and children are being denied the opportunity to gain timely maturity. In this article (Part I) we’ll look at the role of failure, disappointment and inconvenience in developing mature attitudes.

Many modern kids can’t deal with disappointment and don’t learn to handle failure. Of course, this sounds absurd. What parent wants his child to learn from failure? “Raise your child to be a winner!” says one motivational speaker. Yes, OK. Let’s stipulate that we all want our children to be “winners,” not losers. But failure is not the opposite of winning. Failure is an important learning-tool for achieving success. Every coach will tell you that his best players and teams learned to be successful by enduring and learning from their failures, until they finally achieved excellence in the skills they needed to become winners. The longer a child puts off learning to handle failure, the longer his ability to achieve and be successful will be delayed.

In Green Bay Diary, NFL Hall of Fame guard Jerry Kramer related how Coach Vince Lombardi drilled him mercilessly on blocking fundamentals, late into many evenings. One of the Seven Blocks of Granite for Fordham University in the ‘30s, Lombardi was an expert in offensive line play. He saw something special in Kramer. Night after night he drove his young player on technique until – discouraged at having reached pro-level and still not performing as desired – Kramer was ready to quit. But late one evening, as he was nearly played out, Lombardi tousled his hair and said, “Kid, one of these days you’re gonna be the greatest guard in the league.” Encouraged, Kramer hung on and became an outstanding player for one of the great teams and coaches in NFL history. 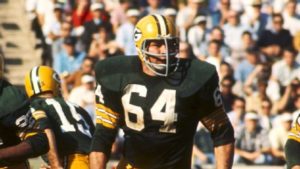 Few children will become sports stars, but dealing with failure, disappointment and inconvenience is the same everywhere. When a child is allowed to quit a hard activity or break a commitment because he “doesn’t feel like it,” he isn’t learning to handle inconvenience. When a parent removes a child from a situation because he might fail, the child loses valuable experience. Without a cultivated ability to deal with failure, and overcome it, difficult things can never be achieved.

Edison conducted hundreds of unsuccessful experiments before he found a material that would work as the filament for his new electric lamp. Developers of the proximity-fuse [*] at the Applied Physics Laboratory ran 10,000 tests before perfecting miniature electronics that could fit in an artillery shell and function after being fired from an anti-aircraft gun.

“Sensitive” educators who try to build students’ “self-esteem” with unrealistic grading, and parents who carefully select activities their children can star in, produce young people who reach majority without ever having failed or been disappointed in anything. Parents have helped them with their homework all through school. Their every material desire has been granted. Many have never played sandlot ball, where kids organize and play the games themselves, free of any parental involvement. Their childhood has been extended by well meaning people, but a terrible culture-shock awaits them in college or in the workplace.

A young man in our church spoke of his “easy” childhood. He grew up succeeding in everything, so he had no experience dealing with failure. He married a young woman, expecting the marriage to succeed, as all of his previous endeavors had. When his wife left him after six months, his world fell apart. In reaction he turned to drugs and alcohol, finally hitting bottom before responding to what he called “the voice of God.” He recovered and learned to deal with failure and disappointment, as well as the inconvenience of maintaining an intimate relationship with another person.

A 40-something man had an ongoing issue in his marriage with his need for “space” – i.e., time for his own activities, while his wife looked after the kids. After a decade of marriage, he had not yet grasped the fact that a man doesn’t get much personal space in a marriage. His time and attention are spoken for by the children he has fathered and the woman who bore them. “Space” is a leftover adolescent idea he has never outgrown.

Life is a rough-and-tumble business, filled with inconvenience, disappointment, failure, and a severe lack of space – often with no help available except God’s hand and your own bootstraps. Children can learn to cope with these realities in a secure home, under the care and protection of wise and loving parents who use life’s small vicissitudes to teach, but not crush them.

Learning to deal with failure is different from expecting failure. People who expect to fail are improperly prepared for the task or enterprise they are in – whether a course of study, a sport, an artistic endeavor, or a job. Experts say these are disproportionately children from fatherless families. Despite feminists’ boasts about not needing men, fatherless children are “programmed” for failure almost from birth.

Conversely, it’s popular today to tell a child he can be “anything he wants to be.” But this is a movie-line, and real life isn’t a movie. I might have wished I could be a Harlem Globetrotter, but there was no way it could ever happen. Or I could have become a player of those nine-foot Alpine horns. But why would I have done that?

Parents can help children discriminate between: what they can reasonably accomplish via dedication and effort; what they can’t possibly do no matter how hard they try; and what would be a complete waste of time. This is the application of that priceless commodity called “wisdom.” It’s one of the reasons children should not be producing children. When both parent and child are children, there’s not enough wisdom to go around.

[*] Developed by APL scientists during WWII, the proximity fuse is an electronic device which makes an artillery shell explode when it nears an object. It is valuable in defending against aircraft, which are extremely difficult to hit with ground-fire.

The Aging of Childhood (Part I) was last modified: April 5th, 2018 by Woody Zimmerman

Thank you for this article. It should be required reading for all parents.