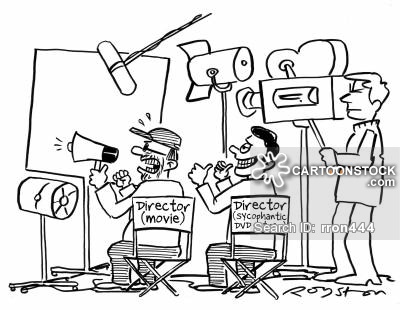 The Aging of Childhood (Part III)

Earlier we looked at two important areas of childhood: learning to deal with failure, disappointment, and inconvenience;1 and developing skills in independent play, learning, and work.2 We saw how neglecting development in these important areas retards a child’s timely maturation into an adult able to function in the grown-up world of education, work, and social interaction. Next, we’ll show how denying a child the chance to work, earn and manage his own means puts off the age when he can live independently and successfully.

In such discussions we must define a key term. “Success” has been narrowed down to money and distorted to mean a level of income attainable by only a small sliver of the population. I heard one commentator define “success” for a professional man as earning an annual income thrice his age (in thousands of dollars) – i.e., $150,000 at age 50, etc. That was in the 1990s. Who knows what that success index is today?

My definition of “success” has more dimensions. High earnings mean little if one’s life, finances and personal relationships are unsatisfying or chaotic. People in my acquaintance finished careers for which they were paid very well – far above the level that most workers ever achieve – but they had little to show for it. They had spent every penny.

Some of my colleagues who made piles of money were in their second or third marriages. They should have been loaded, but divorce-settlements and alimony had ruined them. In their fascinating book The Millionaire Next Door, authors Stanley and Danko tell of doctors scraping by on $700,000 a year, with no savings for the future. Their children had lavish spending habits, but had received no training in how to work, earn or save. This is not success; it is not a model for children; and it is not successful child-rearing. 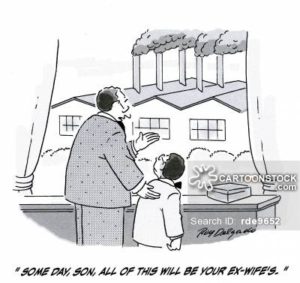 On the other hand, friends of ours from the old days raised six children in a small duplex house, on a policeman’s salary. (I never knew where they put all those kids, or how they had enough privacy to produce them.) Yet every child was well turned out, educated and ambitious – able to work, earn, form relationships and get along in the world. All became productive adults and had their own careers, marriages and families. That success story is replicated all over the country. My own parents accomplished it; my wife and I did, too; and our children (and now even our grandchildren) are doing the same. This is “success” worth working for.

But you won’t hear such stories from the dominant media. Directors who call everybody “Baby” and hang out at Hollywood swimming pools like to say: “We worked hard, loved each other, raised our kids, paid our bills, and nobody went to jail or used drugs is not a story.” Such accounts lack cinematic sexiness, but (as I often say) real life is not a movie. As a society, a culture and a nation we need to stop telling ourselves thrilling, pathetic, child-rearing stories of abuse, dysfunctionality, neglect, ignorance and stupidity – all miraculously overcome – as though these were admirable models to be followed.

To build your dream house, you don’t choose a builder who tells hair-raising stories of how his houses crashed, through incompetence and error, but were finally resurrected into a kind of ramshackle functionality. Who would hire that guy? You want a successful craftsman who knows how to build strong, beautiful houses that last and are highly functional. Whether lavish and costly, or modest and less expensive, the same soundness and strength is wanted.

This is true of child-rearing, too – especially with respect to money. The key issue there is not how much you can earn, but how you use it, what you teach your children about it, and what opportunities you give them to learn how to work, earn and manage their own means.

Everything within reasonable bounds, however. There’s probably some minimum level of means for marrying and having a family. But I wouldn’t dream of stipulating how much that is. When my wife and I married in 1962, we had $300 between us, plus $500 borrowed for my college tuition. (I was still an undergraduate.) Renting our first apartment took $200 of our cash, and no new income was due for a month. My wife took home $320 a month as a first-year teacher; we drove an old car and had no credit-cards. $100 bought more in 1962 than it does now, but that first month was a low-budget, high-passion operation. We recall it as the best of times.

Were we below the means-threshold for marrying? Maybe. But many couples marry on a shoestring. It can turn out well or poorly, depending on hope, determination, love, wisdom, and a willingness to work hard. Absolute support for each other is critical. In the course of our 55-year adventure I never heard one word of recrimination from my wife about my work-situation – even when I was cut back to half-time (at half pay) or laid off entirely. I can’t adequately describe how much that meant.

A low-budget start is one thing, but deliberately bringing children into a future of hopelessness is another matter entirely. A high school librarian from a small town in western New York – an economically depressed region – told how she became the confidant of three senior class girls. As the end of the year approached they discussed the future. She thought some or all of them might attend college, but none planned to.

“We’re all going to have babies, Mrs. Brown,” said one. The librarian expressed surprise, having never heard that any was even engaged. “No,” said the girl, “we’re not getting married. If I have a baby, the state will set me up with an income, an apartment, and medical care. I’ll be all set for the future.” Mrs. Brown thought they must be kidding, but a year later all three came back – each with a colorfully dressed baby. Their “future” was secured.

My pop used to say, “It’s not funny enough to laugh at, but we’re too big to cry.” That dreary drama played out in the early 1990s. But things aren’t much different today. It’s depressing to realize that Americans are producing children with so little concern for their future. In this article, I cite it as a boundary. Anyone can hit financial low points, but deliberately choosing ongoing poverty for a child, with no expectation of improvement, is unacceptable.

Learning to work, earn and manage one’s means is often called the “Puritan ethic.” But I continue to be surprised at how many people from Christian traditions treat such concerns as unworthy of a person of faith. “The Lord will provide” becomes an excuse for not teaching children industry and thrift. This hardly squares with the Biblical admonition: “Train up a child in the way he should go, and when he is old he will not depart from it.”3

Of course, non-religious parents neglect these important elements of child-rearing, too. Some think childhood should be carefree, without duties or responsibilities; others think menial jobs and small earnings don’t prepare a child for a “professional” career. Whatever a parent’s thoughts on such matters, shaping a child’s attitudes toward money, work, and self-sufficiency shouldn’t suddenly be addressed when the child hits age 18. If you wait until then, making an impression is unlikely. Learning these things is like learning to play the piano. You need time, practice, a good teacher, and a piano.

The piano-metaphor is especially apt. No sane person tries to master the piano without having the actual instrument. Yet many parents seem to think that the skills needed to work, earn and manage money are like a “coat” that a child simply dons on his way out the door, after high school or college. It helps if a child has seen hard work and thrift modeled in his own home, but he also needs to get his hands dirty. He needs the discipline of reporting on-time each day, of taking instruction, of completing tasks as directed. He needs to experience receiving praise for good work and correction for deficient work. On occasion, he needs to learn that he can survive, recover, and overcome the reversal of being laid off or fired. He needs to feel the pride of counting his own earnings and spending them wisely.

As a young guy working a summer job, I learned, early-on, the value of becoming known as a dependable employee who could be trusted to carry out a work-assignment without supervision. I learned the basics of business by delivering newspapers and dealing with customers. I learned how to save money and invest. And finally, in the Lord’s Providence I received the great blessing of a wife who taught me the importance of spending wisely and well.

The Bible says, “A fool and his money are soon parted.”4 Don’t raise your children to become such people.

In the final article of the series we’ll discuss how a child can be taught some fundamentals of financial maturity.

[1] The Aging of Childhood (Part I) – http://thebullelephant.com/the-aging-of-childhood-part-i/