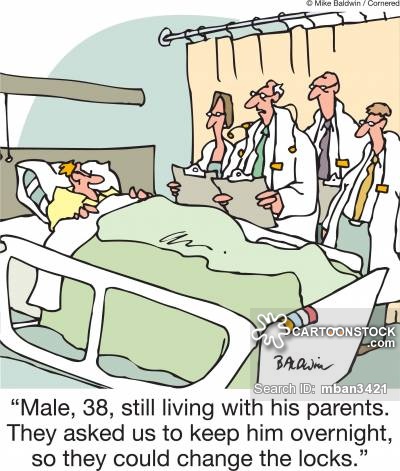 The Aging of Childhood (Part IV)

In this final article, we’ll discuss some fundamentals for teaching a child how to become financially mature. In most matters of child-rearing, you start small and help a child to grow in understanding and experience. That goes for finances, too. An allowance – long before a child can work outside the home – is a good start. There are many ways to do it, but regularity, reasonable amounts, and dependability are essentials.

One neighbor promised his kids a regular allowance, but always cited some behavioral lapse or other failing as a reason to welsh when the promised payday arrived. No valuable instruction occurred there (except never to work for a swindler). In some families allowance is withheld until assigned chores are completed. Others pay only for chores, so the child can decide how much he wants to earn. (We tried this method once, when we promised 1¢ for each bag-worm picked off the Arborvitae tree. Our ambitious kids nearly ruined us by picking 1800 of the little devils.) 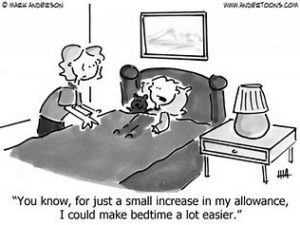 At our house, allowance was a regular stipend, unrelated to chores or other duties. It was paid on Friday afternoon – in cash, full amount. We thought it should be dependable – just like a paycheck. (Imagine if you had to worry if the boss would withhold your pay over some shortcoming.) Shirking assigned tasks brought other sanctions, however – some for which the kids would gladly have traded the few dollars of their allowances.

Allowance started early. Our daughter was two when we moved into our first house. She quickly developed the habit of begging for a nickel every day, when the ice cream truck drove through our neighborhood. (It was 1965 – a popsicle still cost 5¢.) Seeing that nothing was being learned, we started giving her five nickels each week. One was for the Sunday School offering, and one was for her piggy bank. Three could be spent (on ice cream, etc.), but there were no more nickels until the next Saturday. (That last lesson was the hardest to learn. It caused many tears.) As she and her brothers grew, their allowances were increased, appropriate to their ages and needs. Eventually we added a clothing allowance so each could control his wardrobe. Mom was the final authority, but she wasn’t a dictator. One of the boys had a lot of cool jackets, but his underwear had holes.

I tell my grandchildren that my motivation for becoming a person of means was rather “carnal:” I wanted to have a girlfriend. At age twelve, I saw that older guys who had girlfriends always had a few bucks to spend on movies, cokes and milkshakes. So I learned to work and manage money by shoveling snow, cutting grass and delivering papers. My kids did the same. There was no hanging out at the mall. Life was far too busy with school, homework, sports, and odd jobs. The boys mowed grass because it paid well. I let them wear out the mower doing it – a small subsidy to their business.

We also subsidized “capital” purchases, matching each of their dollars for bikes and jalopies. Even college costs were subsidized on the “50% plan,” as we called it. All loans, scholarships and family gifts went toward the child’s half. Our half was paid in cash. My wife and I thought it was important for the child to share the cost of these important purchases. (Later, after all had graduated, we used appreciated company stock to help each one pay off his school loans.)

This was our way of teaching our children how to work and become self-reliant. It is not The Way. There are many ways, but most of them share these key principles: 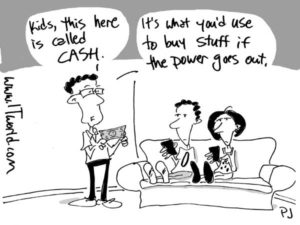 More could be written, but we’ll leave it there. Schools used teach these things, but busy with LGBTQ-studies, racism, social justice and anti-gun demonstrations, as they are, I doubt if they bother with boring stuff like financial responsibility now. No matter – it’s really the parents’ job. There’s no magic bullet, no secret insight that can put everything right after years of neglect. A child’s life is like a speeding train. Zip! It goes past. It’s easy for a parent – especially a dad – to miss it amid the hurly-burly of adult life and concerns.

Many child-rearing experts say the most decisive factor in successful child-rearing is “showing up.” Just being there, every day, far outweighs any special expertise or skills. I know any number of families in which neglect of this simplest of all truths caused immense damage, ruined lives and untold pain. Don’t let “if only I had paid attention” become your lifelong lament.

The Bible says, “Train up a child in the way he should go, and when he is old he will not depart from it.” [4] Words to remember and live by. Like politics, raising children “ain’t beanbag.”

[1] The Aging of Childhood (Part I) – http://thebullelephant.com/the-aging-of-childhood-part-i/