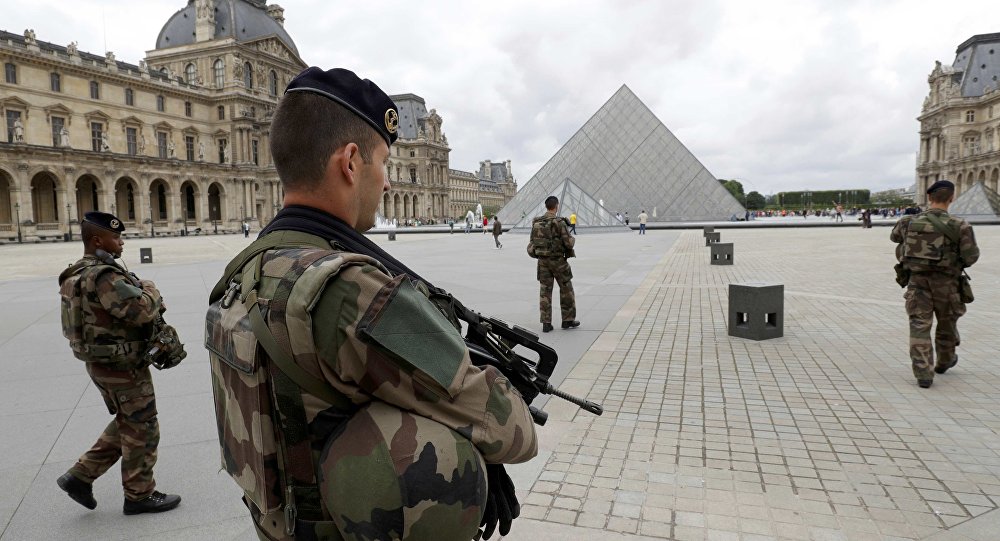 The attack on the Louvre

To many, the jihadist attack on the Louvre was just another in a very long line of Islamic terrorist attacks on the West – and France in particular. Â An Egyptian named Abdullah Reda Refaei al-Hamamy attacked French soldiers guarding the world famous facility – and was shot and subsequently hospitalized. Â Police traced his activities and discovered he had flown into Paris in January 2017. Â He rented a high-end hotel room in Rue de Ponthieu near the Champs-Elysees. Â Not surprisingly, he had no identification and it is presumed that this was a suicide attack and part of a plot.

What is significant is that Abdullah was carrying a cell phone and paint bombs as well as the machete he used on the French guards. Â This very unusual combination of items has led French authorities to speculate that his intent was not just to kill people but also to kill the foundation of the Western world. Had he succeeded even to a small degree, he might have erased from history iconic and beloved treasures of European culture. Â (By way of reminder, the Louvre contains the works of Leonardo da Vinci, Michelangelo, Raphel, Vermeer and others.)

His act, if he had been able to accomplish it, was not unlike what ISIS is doing throughout Syria and Iraq. These barbarians have already destroyed temples, artwork, ancient towns, and more in their crazed attempts to cleanse the Middle East and prepare the way for their new caliphate. Â History is of little concern and nothing deemed unworthy is left. Â This is the scorched earth destruction of cultural memory. Â Abdullah was a martyr to this cause.

In conclusion, President Trumpâ€™s immigration ban might or might not have stopped this type of attack on the Metropolitan Museum of Art in New York City or the Smithsonian Institution complex in the District of Columbia. Â However, it is a first step of many aimed at getting control of the chaotic and uncontrolled immigration situation left by Obama. Â The anarchists, socialists, and other thugs of the left donâ€™t seem to see the terrorist related damage they are encouraging and facilitating. Â Or maybe, in their drive to undermine America, nothing else matters.

The attack on the Louvre was last modified: February 6th, 2017 by Dr. Robert Warren

He said that other majority Muslims could be adde to obama’s list of chaotic terrorist states.

Then why not add the most immediate threat now. There are lots of muslims in Egypt.

Islam is a violent predatory ideology of conquest that demands total,submission. Europe is already experiencing the impact and we are but an ocean away and a few years behind.

The destruction of art and artifacts created by infidel is required by Islam itself. Such infidel art is considered to represent “jahiliyyah”, a time of ignorance. Once Mohammad brought the word of Allah to muslims, anything that confuses the “word” or damages its “sacredness” is to be eliminated.

I find it interesting this attack, and the one in Canada are nary a blip on the radar. Evil Trump dominates the news, meanwhile his efforts are to protect us from such events. The Democrats are no better than the islamics, they choose to remove artifacts of history as well.

Good point. It is unfortunate that we don’t really have a liberal party with the Democrats. At this point, they are the bearers of the enslavement of global socialism and the totalitarian destroyers of history and culture.

An entire generation has been brainwashed, not sure we can fix it.

We cannot go quietly into the night. Mankind fought for thousands of years to get to a Constitution based on law and not on the dictates of rulers.

Yes, I agree, but some drastic action needs to happen if we are going to save it.

First step is doing some research and finding out who REALLY runs America.

you do know the attack in Canada was an attack on a mosque, correct?

And you still think Trump is trying to protect us? He is only about himself. No one else

I like Trump, and quite frankly don’t care what you think.

Good. You should be very afraid.