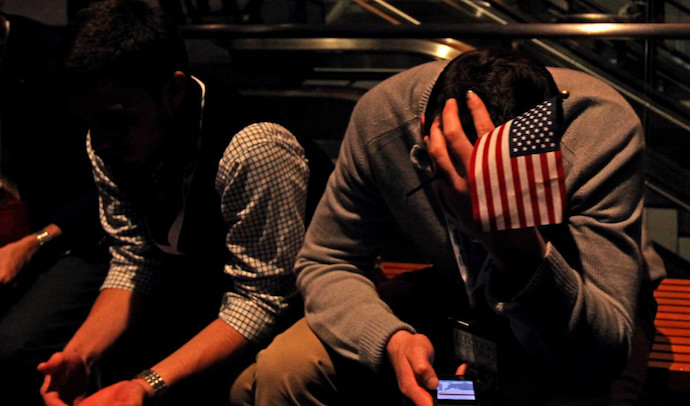 The Attractiveness of Losing

I’m puzzled by how easily legacy Republicans accepts the idea that losing elections is okay and is the result of the ebb and flow of politics.  We see this at the national level observing the ease with which each party shifts from being in power to being out of power.  For them all that counts is their ability to “bring home the bacon”, as-well-as, the quickness in deserting campaign promises and principles in subservience to power brokers and lobbyists with fat checkbooks.

I’m also puzzled by what occurs at the state and local levels here in Virginia where there is less money at play.  It appears that our state organization and more prevalent in local elections is the siren song of undeserved winning with minimal to no work required.  What I mean by that is a process often repeated in our election cycles that goes something like this.

After the General Election in November, after the pundits review what went right, but mostly wrong, the Republican Party goes to sleep for eight months until we are awakened by the next campaign and all the excitement, suspense and hard work that entails.  The campaign then takes on the mantle of local party leadership and directs us toward a winning strategy.  In just a few months the campaign materializes, organizes itself, tries ardently to recruit money and volunteers, tries to find meaningful data that will help them identify potential voters, develop talking points that those potential voters will buy into, create marketing collateral (radio/TV ads, bumper stickers, and yard signs), and all of this at a feverish clip.  Then Election Day happens and we repeat the process.

So what is the siren song that we have bought into?  It is winning elections with little or no effort on the part of Republican voters.  I’m not talking about the few volunteers that canvas neighborhoods door-to-door or make phone calls to voters.  I’m talking about the 300,000 Republicans in Fairfax County that have trouble remembering the date of the election and many times don’t bother to vote at all.  If we win, prayers were answered and what a great campaign team was organized and what a great candidate was at the head of the ticket.

This siren song is so prevalent in legacy Republican’s mindset they cannot think of any other approach to elections.  It is easy.  If we win we can brag about how well the campaign was managed; if we lose it was the poor candidate and the incompetent team that lost the election.  We have seen this time and time again.  Except the few on the campaign staff previously mentioned, no one is to blame and no one is held accountable.

I have written many articles in the past about why we as Republicans are in the mess we are in in Virginia and Fairfax.  Almost all of them have been published at The Bull Elephant, here, here, here, and here.  My thoughts on this are well known and for the most part I have received positive feedback from readers.  The Republican Party of Virginia (RPV) has been designed and will stay a weak party until the Grassroots base of the party begins to demand fundamental changes.

These changes are a major part of the campaign for Chairman of the Fairfax County Republican Committee (FCRC) between Tim Hannigan and Mike Ginsberg, who was hand selected by Matt Ames, the current Chairman.  The old saying “Keep it Small, Control it All” is alive and well in FCRC.  There are 741,000 registered voters in Fairfax County and we have less than 700 members in FCRC.  Does that make sense to Ames/Ginsberg supporters?

In February of 2017 many concerned members of FCRC began to meet to discuss what was wrong with FCRC and how to fix it.  We started with a diverse group of fellow Republicans that had come to the conclusion that FCRC was in a slow spiral into irrelevance and unless a major change in direction was not initiated quickly the future of the Republican Party in Fairfax was dismal.  I can tell you what was discussed during our meetings.  Here are some of the topics:

There were many other questions that were asked and discussed by the committee.  What emerged from these meetings and formed the basis of my decision, as-well-as the 20+ members of our committee, was the clear need to stop doing the failed approach from the past and restructure, revitalize, and reunify FCRC by supporting Tim Hannigan, over Mike Ginsberg.  Anyone can go to www.hanniganforchairman.com and see the plans the committee formulated to turn this FCRC mess around.

As a key part of the Matt Ames Administration, Mike Ginsberg has been the Operations Chair for over 8 months and we have nothing to show for it.  When Matt Ames was re-elected 2 years ago we were told that he had a 5 year plan and he needed at least another two year term to realize his goals.  Well we waited patiently for two more years and here we are.  Things in all categories have gotten worse.  I don’t care how the Ginsberg Campaign tries to spin it.  If this is what current FCRC Leadership calls success, we as a political party in Fairfax County cannot survive another two years similar to what we have just endured.

Let me give you a perfect example of the spiraling into defeat that has occurred on the Ames/Ginsberg watch.  Most recently Mike has presented us with a plan to utilize social media as a virtual precinct.  This sounds to me as a great talking point that addresses the siren song that RPV is so fond of, avoiding the hard work of winning elections by not taking well considered positions on important issues of the day and avoid making direct contact with potential voters.  A virtual precinct will only work with the current non-existent voters that don’t show up and vote.  I presume that when this social media approach fails, years from now, we can blame all the non-existent precinct captains and virtual volunteers knocking non-existent doors and calling virtual phone numbers.

When Mike Ginsberg started his campaign he was questioned about the time budget he could devote to being Chairman of FCRC.  He talked about having a five to six year plan.  Sorry Mike, we cannot wait another 5 years for more failure.  I don’t hear him mention this anymore in his speeches but I do hear him borrowing his future plans from Tim Hannigan’s plans and approach to winning in Fairfax.

BTW: On a completely different matter, I would like to take issue with the mystery author that wrote the Bearing Drift article about this religious tempest in a tea pot.  Whoever wrote the article thought it would be a great idea to generate an emotional response among legacy Republicans to drum a devoted Christian of Hispanic heritage out of the Republican Party (whatever that means).  What a great headline for the Democrats; so much for virtual outreach to minority communities.

The “Make Fairfax Great Again” red ball caps were a decision by the Committee, mentioned earlier, as a fund raiser and a way to brand this campaign for FCRC Chairman.  Mr. Burgos was willing to step-up and commit to procuring and fronting the money for the caps.  The BD (Bearing Drifting to the Left) article tried really hard to make these caps a symbol of racism, bigotry, or antisemitism.  You failed!

Tim Hannigan has a detailed functional organization chart including well thought-out job descriptions that include the required functions we must do as-well-as the many functions that the Ames/Ginsberg regime never considered.  There are plans to develop a depth chart so winners of local election offices have a path to larger and more responsible positions.  Young people need to see that the party is willing to help them win local elections, since they are the farm team for future winning candidates.  Tim has plans for FCRC to take positions on issues of importance to Fairfax citizens.  This will give Republicans a reason to vote in our elections.

I for one will be proudly wearing my cap at the convention showing my support for Tim Hannigan and the change in direction so needed by FCRC.  He is our only hope to turn this political nightmare around.