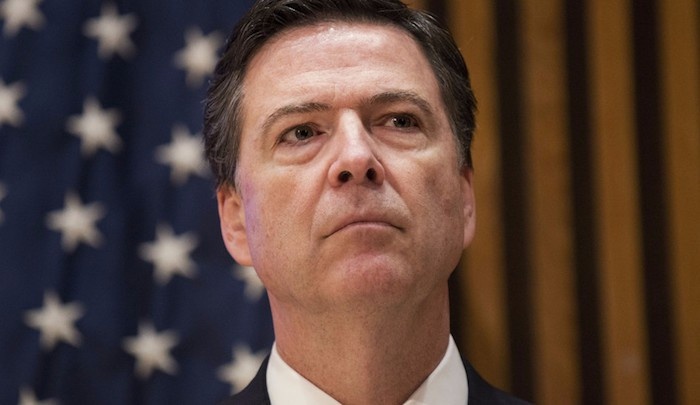 There are only two certainties right now. First, lots of folks are out-and-out lying, others are leaking “facts” based on “intelligence” that may not even exist, and there are a bunch of conniving politicians on both sides of the aisle who don’t care one iota about the nation they purportedly serve, who are muddying the waters for no other purpose than self-promotion and to damage the President.

The other certainty as it now stands is that none of those people is President Donald J. Trump.

As I wrote last Wednesday in The Battle Rages, the renewed momentum for the putsch declared and led by the Obama-Clinton-Corporate Media Cartel on the Trump Presidency, went into high gear on January 12th when in his last days as President, Barack Obama conveniently expanded the ability of the National Security Agency (NSA) to share intercepted phone data with 16 other intelligence agencies across the government. Quick as lightening, in the alleged phone transcript of then private citizen General Michael Flynn talking to the Russian Ambassador it was revealed…well, actually we’re not even sure. We can’t read the transcripts, but if they exist, they must have revealed something we’re told.

Since the weekend, the battle has turned more furious and plenty more curious. President Trump tweeted that based on reporting, former President Obama “wiretapped” the Trump campaign; then the FBI Director, James Comey immediately pleaded publicly with the Justice Department to tell the world that no!, the FBI did not bug a major party candidate for President. Absolutely not.

(However, according to former NSA officials (read here) President Trump’s phone has been monitored; how else would the media know the contents of his private conversations with the President of Mexico and the Australian Prime Minister? In addition, we know that Mr. Obama repeatedly bugged conversations among European leaders.)

Mr. Comey’s case would make more sense only if the New York Times, The Washington Post, CNN and every other member of the radical left cabal had not been reporting alleged facts based on “intelligence” reports and electronic surveillance concerning the supposed Russian conspiracy non-stop since last June in the middle of a presidential election.

The first question is, was there ever an approved FISA (Foreign Intelligence Surveillance Act) request to a FISA court to surveille the Trump organization? Did the Obama Administration, through an intelligence agency, make a request that was rejected in June and finally approved in October, or not?

James Clapper, former President Obama’s Director of National Intelligence said emphatically this weekend on CNN (read here) that no “wiretapping” occurred at all, and that any such intelligence would have passed his desk. In addition, he said that to his knowledge there were no FISA approvals to monitor phones in the Trump Tower. Huh?

Okay, clear as a typical day in Shanghai. Are we parsing words here? Was there “electronic surveillance” as opposed to the colloquial term the President used, “wiretapping?” Did Mr. Comey and Mr. Clapper mean to imply there was no surveillance at all? Is there one without the other? Did the President use the word “wiretapping” to flush out the leakers, a ruse?

So far, all we really know is this: Since the election a bunch of really dedicated revolutionaries – the radical leftists led by Mr. Obama – have been amazing tons of money and an army of 30,000 volunteers to seed chaos. They and the corrupted Administrative State are fighting tooth and nail to remove the President of the United States by any means possible. Former Attorney General Loretta Lynch even seemed to suggest (here) that there might need to be blood in the streets to fight Mr. Trump. (She is famous, of course, for her secret meeting with Former President Clinton on a tarmac at Phoenix’s Sky Harbor Airport in June, as the Hillary Clinton’s illegal server scandal was at its height.)

Here is where we are, I think. We have allegations based on leaked documents, which may or may not even exist, based on a FISA court finding that may or may not have been made, concerning collusion on the part of the Trump campaign to win an election, even though we have no idea how that could practically happen.

(Actually, the only folks we know about with certainty that played footsy with the Russians were President Obama in his famous off-mic conversation with the Russian President Medvedev in 2012, stating that he would have more flexibility with Mr. Putin after the election, and Team Clinton that facilitated the Russians gaining control of 20% of U.S. uranium production while Mrs. Clinton was Secretary of State.)

What does seem clear is that Attorney General Jeff Sessions should rescind his recusal in this matter, since it is now obvious that he had no improper meeting with the Russian Ambassador since both meetings were clearly in his capacity as a U.S. Senator. Next, the hapless Congress needs to step back, and a Federal Grand Jury needs to be impaneled – to get to the bottom of who is leaking or forging classified information and who is bugging whom. Clearly the law has been broken; and it is clear that Washington can’t or won’t find it on its own.

Finally, conservatives and Republicans on Capitol Hill and plain ‘ol Americans elsewhere need to start fighting back in any way they can think of, from every county party up. This is a war, and it will have a winner and a loser with no do-overs.