The Best of Loudoun—Restaurants, Wineries, Breweries,Boutiques, Designers, and much more

I was very excited to see my favorite restaurant taking first place in a recent Loudoun consumer survey.   Market Table Bistro in Lovettsville took top honors and their chef Jason Lage was voted to be the top chef in Loudoun.  I’ve been telling people that for years!  Their other restaurant, Market Burger in Purcellville had the best burger in Loudoun.  Other winners include Fabbiolo Winery in Leesburg,  Lost Rhino Brewery in Ashburn, Potowmack Farm Restaurant in Lovettsville, and Lou Lou’s boutique in Leesburg.   Magnolias at the Mill has the best cocktails. (Try their great Maggies pomtini!)  AOL was rated the best place to work.  For the full list, all 47 categories of the Best of Loudoun, can be found here.

Although the above survey did not include the best bartender, my favorite bartender in Loudoun is the wonderful Gerry Waldron at Tuskies in Leesburg.  He’s been ranked number one in Loudoun for many years in annual Leesburg Today Best of Loudoun survey. 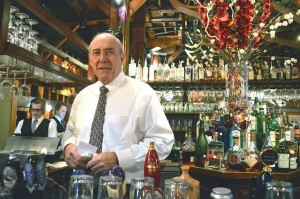