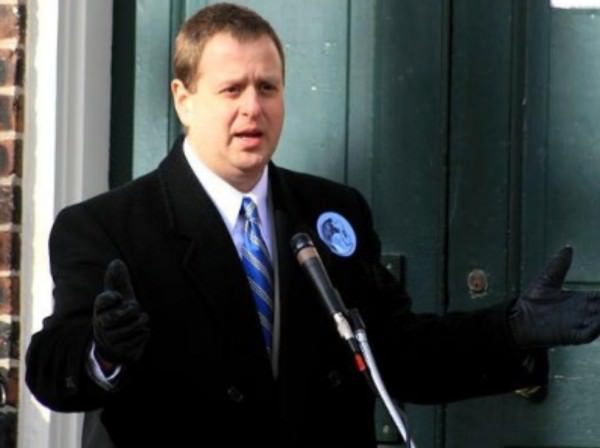 Thanks to Patrick Hope, Alfonso Lopez, and a passel of other Democratic Delegates and candidates, with an assist from the Brady campaign to Prevent Handgun Violence. This is so nauseating, it’s difficult to know where to begin. It’s bad enough on its own that these weasels came right up the road from my home, to the Arlington County Courthouse to demand citizens of the Old Dominion bow to their counter-logical, emotionally driven, anti-gun fixation, and surrender another piece of our right to self-defense. It’s even worse that they are again using a horrible tragedy, this time the murders of two journalists at Smith Mountain Lake, to push a political agenda.

But on top of all that, which would amount to a disgusting display by itself, they are flat out LYING. No, Del. Hope, buying a gun at a gun show is NOT “as easy as buying a pack of bubble gum at the 7-Eleven.” Purchases at a gun show of firearms happen the same way they do outside of gun shows, and Patrick Hope knows this. Dealers are required to perform background checks, private sellers are not. He also knows that the Smith Mountain Lake murderer, a disgruntled former co-worker of the two victims, passed a background check to purchase the gun he used. The fact that he and his cohorts got 30,000 signatures for their petition doesn’t matter, other than to demonstrate how easy it is to prey upon low-information folks to advance a cause.

I expect this sort of behavior out of the lying cowards at the Brady Campaign. I expect better from public officials, and Delegate Hope is proving himself no better than hacks like Lopez. I had thought I had better representation than that, despite my obvious differences on a host of issues with Patrick Hope. Perhaps not.