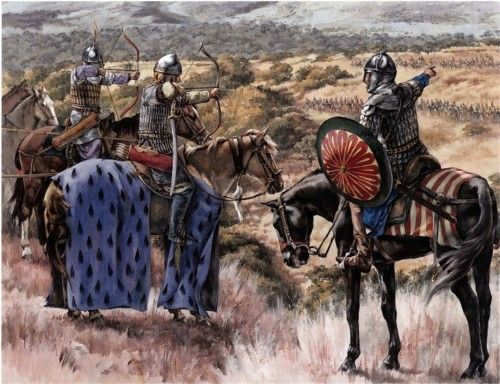 The Breath of Allah

Sources from the international film-making world report that a new blockbuster film about the origins of Islam will soon be released by the German film company Träumenbild.

Based upon the research of an author whose name remains undisclosed, the new film, The Breath of Allah, tells the previously suppressed “true” story of Islam. It relates how an illiterate seventh-century Arabian warrior-chieftain, Muhammad of Mecca, founded one of the world’s great religions and fashioned it into a major force in the Middle East, Africa, Europe and Asia.

Around AD 610, Muhammad had a religious “epiphany” while worshipping Allah, his tribe’s local deity. In that vision, Allah commanded conversion of the whole world to the “one true faith” with fire and sword. This suited Muhammad, as his tribe were essentially Arabian highwaymen who made a nice living attacking other tribes, killing their men, plundering their belongings, and kidnapping their women. Allah’s commands now turned these activities into religious duties.

As Muhammed’s success grew and his followers increased, Allah grew in importance. Many western peoples began to think of Allah as equivalent to the Bible’s Jehovah God. But the new film claims that this is false – showing how Allah was a minor tribal god that grew important because the tribe’s chieftain gained significant military and political success. Islam seemed “new” to other regions because Allah was local to Muhammed’s area. Other tribes had never heard of him.

The film claims that the true motivation for Islam’s military conquests was a wager between Muhammed and other Arab chieftains over who could amass the most wives from other tribes and nations. The film also suggests that Muhammad might have been gay or bisexual. Being illiterate, he couldn’t have recorded the Koran. Instead, tenth-century Arabian scholars wrote it to answer the booming religion’s demand for a scriptural text. Notes of the Prophet’s vision – recorded by his daughter and preserved with other artifacts, such as Muhammed’s sword – formed the basis for the Koran’s text. Polygamy, sharia, and the slaying of infidels – already widely practiced by Muslims during three centuries of jihad – were included in the Koran after they had become established practice.

The Koran’s scholarly authors of a millennium ago included a passage on peaceful coexistence with the Jews. (Arabs and Jews both call Abraham their ancestor.) Islamic scholars and politicians hoped for a Jewish-Islamic alliance in which Jews – already dispersed across much of Europe – would join militant Islam to create a monotheistic world empire. That Koran passage was quietly excised around AD 1100 after united Jewish and Christian forces of the First Crusade captured Jerusalem and slaughtered the Muslim occupants. Thereafter, Jews joined Christians on Islam’s list of Infidels.

German politicians are concerned that the Träumenbild film might produce riots among Muslims and violence toward the producer and writer. But German cinematic Wunderkind Inge Karl, director of The Breath of Allah, scoffs at such concerns.

“Vee do not fear hooligans vearing handkerchiefs on zehr heads,” she said. (But her confidants say she has retained several former East German Stasi agents as bodyguards.)

Before my readers get too fascinated with these sensational new revelations about Islam, I should point out that most of the above (but not all of it) is rubbish. My readers should not expect a boffo German film directed by the brilliant, Inge Karl. The Breath of Allah, Träumenbild films, and Inge Karl are inventions. (I based her fictional persona very loosely on the famous German filmmaker Leni Riefenstahl1.) No cinematic exposé of Islam is planned.

Those “dramatic disclosures” about Islam are a few facts mixed with a large dose of fiction. Muhammad did claim Allah was speaking to him around the year AD 610, and he began preaching against the idolatry and economic oppression that afflicted the Arab people. But there was no outrageous wager over a “foreign wives contest,” and Muhammad was certainly not gay.

It is also true that Allah was a local god whose stock rose along with Islam’s military successes. The Rev. Tat Stewart, former missionary to Iran and noted authority on Iranian missions, says Allah was the local Moon God, not the Bible’s Jehovah God. That claim arose centuries after Mohammed’s death.

Nothing suggests that Mohammed’s tribesmen were brigands, but Islam certainly became a powerful military movement during the Prophet’s lifetime. (A “religion of peace”?) By AD 630 the Prophet controlled Mecca, the Arabian Peninsula’s commercial and economic center. Muhammed died in 632, but his movement surged onward. By 750 the Muslim empire stretched from Spain to India.

The Koran’s origins remain mysterious. Islamic fundamentalists insist that the angel Gabriel dictated the text to Muhammad, but scholars find no historical evidence of the Koran’s existence until AD 691 – 59 years after Mohammed’s death. I invented the claim of tenth-century Koran-writing, but serious scholars do trace much knowledge about the life and sayings of Muhammad to accounts written 130 to 300 years after the Prophet’s death. No one knows if the Prophet was literate. That he was a preacher of monotheistic righteousness is well documented.

Islamic conquests produced the Crusades – not the other way round. Eyewitness reports say Jews welcomed Muslims as liberators when they took Jerusalem in AD 638. The First Crusade featured the only successful conquest of Jerusalem (AD 1099) of the eight crusades. It included horrific slaughter of both Jews and Muslims. The Koran was not subsequently modified. Muslims initially saw Jews as monotheistic brothers, but later political disagreements divided them.

I fabricated this tale about The Breath of Allah and the fictional “origins” of Islam to demonstrate how easy it is to fool people who know very little about a topic. Most readers don’t know much about Islam, so my fractured history probably sounded almost plausible. (Even the claim that Muhammad might have been gay or bisexual resonated with modern attitudes.)

I make this point about fooling people because an actual film, The Da Vinci Code, based on a sensational book, was released a few years ago. It threw Protestant and Catholic clergy into a tizzy because the film’s semi-fictional “history” convinced many people – including depressing numbers of reporters – that a non-divine Jesus actually married Mary Magdalene and fathered a daughter who was meant to head a new, female-dominated religion. By the Da Vinci account, Jesus planned to make a goddess the faith’s central deity, but Peter conspired to suppress the entire plan – thus creating the male-dominated, sexually-restrictive religious mess of today. (If only it had worked out differently…)

Gnosticism, on which some of the Da Vinci tale is based, is an ancient heresy, not new-found truth. Scholars trace its roots to pre-Christian Greek thought. Gnostics believed they had secret “knowledge” about the divine that could not be comprehended by ordinary intellect. The Gospel of Truth, Letter to Rheginus, Treatise on the Three Natures, Apocalypse of Adam, Gospel of Matthias, Gospel of Philip, Acts of Peter, and Acts of Thomas were rejected by church councils long ago because they were demonstrably false. This seems “conspiratorial” to modern Americans only because we don’t know much about church-history and even less about the Bible.

As for Mary Magdalene – I can see why revisionists are obsessed with her. The classic 1927 Cecil B. DeMille silent film King of Kings – which evidently included original newsreel footage from the actual events – shows Mary Magdalene looking like the Vamp of Savannah on a bad hair day. After roaring up in a chariot pulled by four zebras, MM wiggled seductively into her house to meet Jesus. She was the Marilyn Monroe of her time. (I had no idea there were blondes in first-century Judea.) 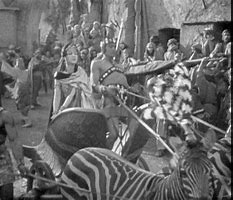 Mary Magdalene in King of Kings

My other purpose is to remind my readers that today’s grim realities ensure that no film or book remotely like The Breath of Allah is likely to emerge very soon. Exhibit A is Dutch filmmaker Theo van Gogh, who directed Submission – a film critical of the brutal oppression of Muslim women. For his cutting-edge work (so to speak), Mr. van Gogh was stabbed to death on an Amsterdam street by an offended Muslim. A note pinned to his body with the knife that killed him also threatened Ayaan Hirsi Ali, writer of the film’s script. Miss Ali subsequently went into hiding and migrated to the USA in 2013.

No writer, producer, director or studio executive will risk becoming the next Theo van Gogh by making a film critical of Islam. It is much safer to produce nutcake-thrillers about supposed first-century Christian conspiracies that turned a promising, female-dominated, earth-goddess-centered, free-love religion of peace, joy and sexual fulfillment into the dour, straight-laced, oppressive Christianity of today. I doubt if director Ron Howard hired any ex-KGB bodyguards to protect his back from enraged Christians. 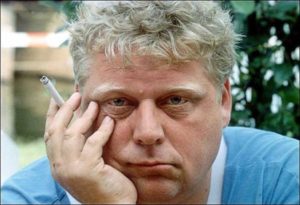 In an article for the Washington Times,2 Dr. Robert Norris, former Pastor of Fourth Presbyterian Church in Bethesda, Maryland, marveled that the most sophisticated society in history “can be so gullible.” He wrote: “The deliberate gullibility of a society that wants to believe and promulgate acknowledged and exposed fabrication raises profound questions about the nature of faith today.”

Gullibility is the demented child of ignorance and unbelief. G. K. Chesterton must have been predicting our era when he said, “When a man stops believing in God, he doesn’t believe in nothing; he believes in anything.” 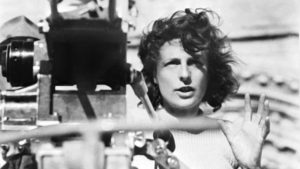 The Breath of Allah was last modified: July 13th, 2018 by Woody Zimmerman

Wow, I almost emailed a friend this link with the remark “Someone is going to have a Fatwah on their head”..while laughing about Mohammad being Gay or bi. Seriously though, Islam did gain its converts at the point of the sword.

The most certain truth in this article is that no one has the courage to make a movie entitled “The Breath of Allah”.