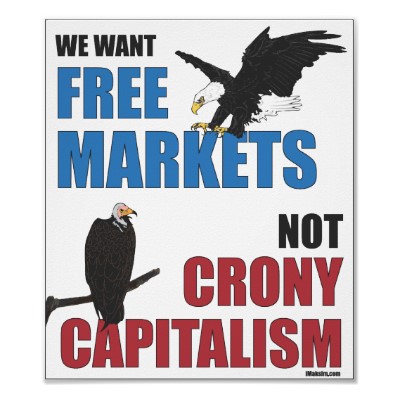 The Butcher, the Baker and the Brewer are Colorblind

The first belief in the Republican Creed of Virginia is “that the free enterprise system is the most productive supplier of human needs and economic justice.”[read_more]

Our free enterprise system is better known as Capitalism, and that system uses excellence and competition as their guideposts. Nothing else.

The founder of modern economics Adam Smith explained how economies work using the example of the Butcher, Baker and Brewer. All three make, buy, and sell in their personal self-interest – and in turn benefit one another and everyone in the community.

When the Butcher, Baker and Brewer work with the same rules in openness and honesty, their businesses establish a fair economy.  Not a socialist fantasy of absolute equality, but a free enterprise promise of equal opportunity and fair play.

A fair economy creates businesses out of the need of the people.  Businesses create individual opportunities for jobs.  Businesses make the poor richer and create real wealth for many.  A growing economy means economic freedom for every individual.  Regardless of race or gender.  Open opportunities means choices for jobs and chances to open new businesses.  And, every business must make a profit. Every business has to make money.

Yet, it’s said that the love of money is the root of all evil.  That’s true when money is worshiped instead of God.  But, money itself is the root of much good.  Money – let’s call it capital – is the lifeblood of every economy.  It allows everyone from the butcher to the baker to the brewer to the individual consumer and everything to work in harmony – and for profit.  Everything – businesses, families, non-profits and even churches – must make a profit.  Everything takes in more than it spends or it collapses (unless you have to power to just print the money, and that is a discussion for another day).

That’s simple enough until governments intervene improperly.  Local governments have a responsibility to establish the rules for fair play.  When the rules are tilted to create winners and losers – as they often are – corporations, unions and political sharks compete for laws and regulations to favor themselves.  It’s called crony capitalism.  Republicans and Democrats both use cronyism for their friends’ gains.

It doesn’t matter what color or gender the butcher, baker, and brewer are for the economy to work wonderfully.  What does race or gender have to do with the economy?  What’s the skin color for Adam Smith’s Butcher, Baker and Brewer? I tell you, it does not matter.

Two great words in English – excellence and competition – create an upward spiral of wealth, quality, and innovation.  Everyone benefits – even the poor. Our poor have adequate food, shelter, clothing, and often air conditioning, cable TV, cell phones and a car because we have an economy that allows such.

Let’s build the best economy in Virginia.  Let’s capture the greatest economic excellence and competition with the most fair play. Then we all win, whether you are a butcher, baker or brewer, or just whoever you want to be.

The Butcher, the Baker and the Brewer are Colorblind was last modified: March 31st, 2015 by Guest Contributor Shak Hill

im a seaman before and I stop due to colorblindes….and now im taking butchers…i think nothing problem about the color perceiptive ? pls let me know

The continuing and seemingly never ending myth played out at taxpayers expense that government is best suited to select the winners and losers in the open enterprise environment, not the demand driven requirements of the market itself has added a new twist in recent years and that is the provision of grants and special tax credits to large “foreign held” corporations with barely a pretense of any trickle down benefit to the US taxpayer footing the bills. This is a Clinton group specialty. A recent article by Kenric Ward of Watchdog.org Virginia Bureau lays out how Clinton acolyte Gov. Terry McAuliffe’s self proclaimed business development success give away stories in Virginia has resulted in the fact that “…half of the corporations receiving Virginia’s biggest public subsidies are headquartered outside the country”.

Despite countless well researched, well written compendiums that have been produced over the years clearly rejecting the utter nonsense of this approach fervently held on to by the progressive wing of the Democratic Party and their statist philosophical partners among the Republican Party crony capitalists the taxpayer cash dispersal continues unabated and often outside public information access. There will never be a motivation to stop after all why risk your own resources and capital when you can simply reallocate into your own pocket someone else’s at the behest of the state or federal bureaucracies. So if you need a new beer brewery built don’t bother looking to Richmond as the local taxpayers are already on the hook to build one for Stone Brewing Co. of California. All that can be said in the end is that this has been PROVEN a recipe for long term economic stagnation.

You failed to mention the Republican Bush 43′ bailouts of GM, Wall St., and whoever else threw money at PAC’s and campaigns.

If the Democrats did something under Clinton that was bad for the country, Bush’43 and the Republicans had 6 years to fix it. What did they fix?

George Bush 43′, The Republican Party, and the greed of Wall St./the American people, destroyed this country. And continue to do so today.

How is Capitalism defined as Capitalism when it is in bed with Communism? CommunistChina. (Correctly Spelled as one word)