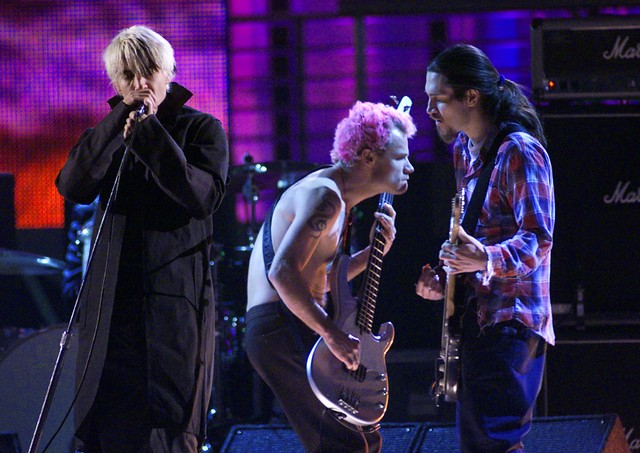 The Californication of Prince William County

Californication. It isn’t just a TV series starring David Duchovny or a song by the Red Hot Chili Peppers…

It is also a study in troubling governmental / political trends that lead to places known for high taxes, overregulation, and hostile business climates which in turn become dominated by big government liberals (regardless of their stated party affiliation.)

What got me to thinking about this is something I recently wrote:

One bit of good news we did hear was ground will be broken in July for a new Chick-fil-A on Route 234 near the intersection with I-95. (Good news at least for fans of the restaurant, not for those wanting the county to concentrate on solid economic development that brings good paying jobs to the county.) The bad news is we first heard about this well over a year ago, probably close to two years.

That says a lot about the regulatory and business climate in Prince William County. In California, it takes nearly three years from concept to construction for a Carl Jr.â€™s restaurant (the West Coast name for Hardeeâ€™s and similar in size and scope to Chick-fil-A). In Texas, that span is 30 days. As a result, even though they are headquartered in California, Carl Jr.â€™s has almost completely stopped building new restaurants in California while it is adding new ones hand over fist in Texas.

Yes, its sad but true. Prince William Countyâ€™s business climate is more like Californiaâ€™s than it is like that of Texas.

From there I started thinking about various parallels between what has happened in California over the past 20 years and what is going on in PWC today.

A Republican chief executive is facing a tough reelection battle and takes hold of the illegal immigration issue in order to bolster his chances of winning. PWC Chairman Corey Stewart and the Rule of Law resolution in 2007? No. Try CA Gov. Pete Wilson and Prop. 187 in 1994.

In both instances, it yielded short-term political benefits for them and each of them unsuccessfully attempted to use it as a springboard to higher office (Stewart for VA Lt. Gov. in ’09/’13 and Wilson for President in ’96.)

Longer term, the tone that Wilson set in California proved to be disastrous to the GOP as a party in his state. Stewart doesn’t seem to have heeded this lesson as he prepares to run for reelection next year and is already trotting out illegal immigration once again as a campaign issue. (The problem isn’t even necessarily with the policy itself, but using it as a wedge political issue is what gives it the taint that ultimately comes back to haunt the party.)

Likewise, PWC has been engaged in approving numerous high-density residential developments over the past decade or so much the same way that California did for decades. The results in both places have been increased traffic congestion, overcrowded schools, and increased demand for services.

Furthermore, one need only look at an electoral map to see that cities and high-density areas tend to attract people holding more liberal political philosophies while the suburbs, exurbs and rural areas skew more conservative the further out you get. California, the state that gave us Ronald Reagan and was a reliable lock as part of the path to Republican victory in presidential elections, has gone solidly blue and returned Jerry Brown to the governor’s mansion.

The Occoquan River used to be known as the firewall for Republican candidates in Virginia with Prince William County being reliably red in statewide contests. Today it has gone for President Obama twice as well as for Gov. McAuliffe. The current PWC Board is dominated 6-2 by Republicans, but they appear to be sowing their own seeds of destruction with their development policies.

Then there is a whole host of nonsensical regulatory policies and taxes in California that have driven businesses away to more business-friendly places. Most recently, Toyota announced they are moving their U.S. corporate headquarters and 5,300 jobs to Texas from California where they have been based since coming to the U.S.

Prince William County isn’t much better on the tax and regulatory front. It still has the BPOL (Business, Professional, and Occupational License) tax in place that was instituted to help fund the War of 1812. Furthermore, it has a building permit process that (apart from the aforementioned Chick-fil-A anecdote) cost a frozen yogurt shop an entire summer’s worth of business and takes 10 months to grant approval to build a simple outdoor pavillion consisting of a roof and eight posts that only takes 2 days to build.

PWC’s neighbor to the south, Stafford County, repealed their BPOL tax more than 4 years ago and has seen an economic boom as they land multiple high-profile businesses that create good-paying jobs. Such jobs are few and far between in Prince William County which is stuck with lower wage jobs in the retail and hospitality sectors.

We are nearing a tipping point in Prince William County as we get closer and closer to becoming Virginia’s version of California to Stafford being its Texas. One year from today, June 9, 2015, will be primary elections for county officials in PWC. To borrow a phrase from California’s Ronald Reagan, it will be a time for choosing for the county. Will it continue on its current path that ultimately is unsustainable or will we change course by selecting new leaders with the vision to help the county realize its full potential?

We have one-year to save Prince William County from being permanently Californicated. Which side will you choose?At the start of this post, I referenced 20 years ago. Back then PWC made the mistake of driving Disney out of the county when they had planned on building Disney’s America theme park near Haymarket. If we are to be Californicated, we won’t even have what Californians have to help comfort their misery – a Disney theme park.

Jim Riley is an attorney living in Prince William County and one of the founders of the Virginia Virtucon blog that published between 2006 and 2015.