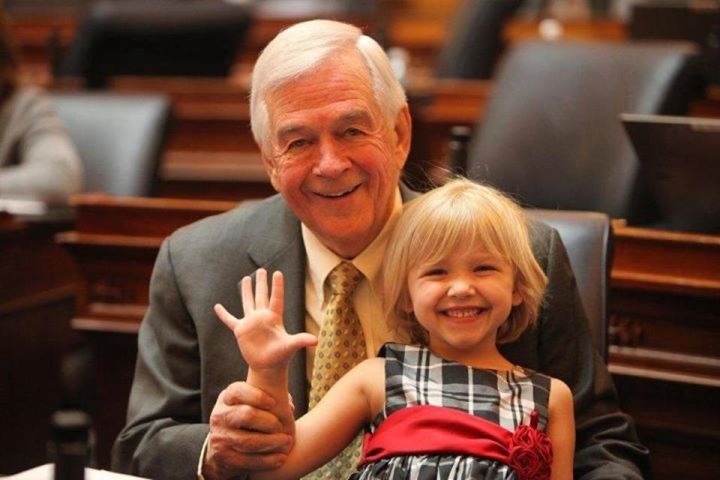 Joe May and granddaughter

The case for Joe May

Today, January 8th, the polls will be open for the citizens of the 33rd Senate District and they have a special election choice between of two profoundly different candidates, Joe May of Leesburg and Jennifer Boysko of Herndon.

Given that 77.33% of the voters in the 33rd Senate District live in Loudoun County, it is crucial that the next senator to hold this seat understands the needs of Loudoun County citizens and has the ability to place their needs above partisan politics. Moreover, the next senator needs to be able to hit the ground running in Richmond with experience, know-how, and the ability to achieve lasting public policy results for Loudoun County. If a fair comparison were to be made between the two candidates, I think the conclusion would be clear that Joe May is far and away the superior candidate and the right person to bring responsible and respectable leadership to the Virginia Senate as our 33rd District Senator.

Joe represented Loudoun County in the House of Delegates for 20 years, chaired the Transportation and Science and Technology Committees, and was Loudoun’s primary advocate on the Appropriations Committee. Joe was fighting for the creation and funding of STEM programs in Virginia before most folks knew what that acronym meant. As Virginia Tech graduate and the holder of 21 patents, including one for the technology behind the well-known “First Down Yellow Line” that we see on our TV screens when we watch Football, Joe foresaw the need for our Commonwealth to improve its technology education programs to prepare Virginians for 21st Century job opportunities. He led the way in the General Assembly in advocating for these programs. Joe was also one of the first Northern Virginia legislators to notice and take action on a disturbing trend in Virginia’s public colleges where well-qualified graduates of our superb Northern Virginia high schools were not being granted admission. In finding a solution to this problem, Joe did not convene protest rallies or write caustic letters to university presidents; that was simply not his style. Instead, in his own civil and direct way, he presented the data points and coupled with effective advocacy, won more slots for Northern Virginia. Our high school graduates today are the beneficiaries of his good leadership.

Joe also earned the reputation of being “Mr. Transportation” in the General Assembly and as Chairman of the House Transportation Committee and Chairman of the Transportation Subcommittee of the Appropriations Committee, Joe either patroned or had a role in every major transportation legislative effort to address congestion on our Northern Virginia roads for 20 years. In his last year in the House of Delegates, Joe was the architect of the 2013 Transportation Plan that empowered the Northern Virginia Transportation Authority (NVTA) to build new roads and expand existing roads. Due to his leadership on that legislation, we no longer have to solely rely upon VDOT to give us money to fix our roads. Since that time, the NVTA has funded over $3 Billion in new, congestion-relieving regional road improvements. When you see the traffic signals coming down on Rt. 7 and being replaced by new interchanges, Belmont Ridge Road widening, Rt.15 improvements, and a host of other road improvements, you can thank Joe May for his leadership and advocacy.

Joe May was also someone whose commitment to bipartisan solutions would occasionally irk those in his own political party. For example, Joe supported protection of insurance coverage for pre-existing conditions and advocated for a “Virginia approach” to Medicaid Expansion long before these policies were approved last year. To Joe, reaching across the aisle for the good of his constituents comes natural and that character trait has earned him the respect of many.  In these times of polarizing politics, Joe’s civility and bipartisanship would be a good tonic for our state legislature.

In light of his work in advocating for public policies that foster job creation and growth of small business, Joe was named the “Champion of Free Enterprise” by the Virginia Chamber of Commerce. But, the accolade that probably best reflects his generation of service to Loudoun County was his “Citizen of the Year” given to him by the Loudoun Times-Mirror a few years ago.

As President Lincoln said in his First Inaugural Address, I am loathe to close because there is much more I could say about Joe May.

Please join me in voting for Joe today, January 8, 2019, 33rd Senate District Special Election. You can vote at your usual voting locations between 6:00 and 7:00 pm.

The case for Joe May was last modified: January 8th, 2019 by Guest Contributor Randy Minchew

J. Randall "Randy" Minchew has lived and worked in Loudoun for over 25 years with his wife Terri and son Jack and served in the Virginia House of Delegates for six years from 2012 until 2018. He is award-winning Scoutmaster, practices law in Leesburg, and serves on the Northern Virginia Transportation Authority.