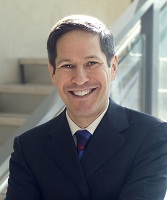 The CDC is being run by an imbecile

It has become increasingly apparent that the Centers for Disease Control is being run by a profoundly stupid man (or a political hack with no regard for the truth, or some combination thereof).[read_more]

As ebola made landfall and has now spread in the United States, Dr. Thomas Frieden, Director of the CDC has been the face of the federal government in the attempt to assuage concerns about the deadly virus.  Dr. Frieden’s inability to truthfully explain basic concepts to the public suggest he is not capable of handling his current mission as the leader of the United States’ effort to combat infectious diseases such as ebola.  His ramblings over the past few days have left even casual observers in doubt of his competence.

Ebola will spread more if commercial flights are shut down

In other words disease is going to spread if we stop a major method for the disease to spread, because stopping that method may delay some aid workers whose relief agencies would rather the workers fly commercial than on charter flights.

In a press briefing on Wednesday Dr. Frieden gave two seemingly contradictory statements “Should you be worried that you could have gotten [ebola] by sitting next to someone [on a bus], and the answer is no.”  He then went on to say “if you are sick and you may have Ebola, should you get on a bus? And the answer to that is also, no. You might become ill, you might have a problem that exposes someone around you.”

He seems to be saying that the sufferer of ebola must wipe their infected fluid directly on you in order to infect you, because sitting next to a sick person is perfectly safe.

Dr. Frieden appeared before the House Energy and Commerce Subcommittee on Oversight and Investigations today.  In response to Congresswoman Marsha Blackburn Dr. Frieden acknowledged that the training protocol for healthcare professionals treating an ebola patient does not require a fully covered head or covered shoes.  This is the protocol supposedly followed by the nurses who were infected treating Duncan.  Dr. Freieden later responded to Congressman Michael Burgess that full body protective gear including the full head covering were necessary when he went into an ebola treatment area as the decontamination process after encountering a patient involves being blasted with a lethal dose of chlorine (which does appear to “kill” the virus).  This can not be done if one follows CDC guidelines.

There are some other interesting issues raised in the Congressional hearing such as the fact that hospitals can not incinerate ebola tainted medical waste due to EPA regulations, but that did not involve Dr. Frieden saying anything that did not make sense.

Perhaps this is what we should expect from a self proclaimed community organizer.

The end result: is Dr. Frieden an imbecile, a political hack, or some combination thereof?

FYI: I make these comments knowing full well Dr. Frieden’s educational and occupational background.  He is an expert that is making simple errors in the area of his expertise.

The CDC is being run by an imbecile was last modified: October 16th, 2014 by Paul A. Prados

As a lawyer and politica hack, your opinion of science and infectious diseases is less then credible.

Obama’s choice of Ebola czar suggests he might find my commentary as a lawyer and political hack very credible.

Has anyone else heard that an Ebola patient is now in Loudoun, at Lansdowne? Does anyone trust Obama or his appointees even a little bit?