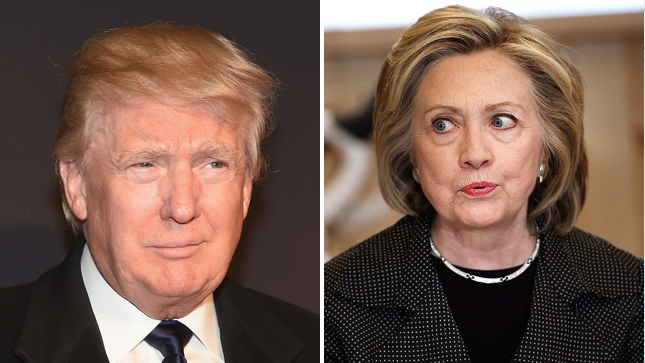 The implications of this election could not be more obvious.  On the one side, we have the New World Order Global Socialists and on the other the National Populists.  For upwards of a century, the Western world’s leaders have increasingly embraced former and rejected the nation state.   It was assumed that multiculturalism, welfare and the elimination of borders would lead to utopia.  What was ignored was the importance of home and family.

The Democrat Party has utterly embraced global socialism.  Virtually every one of its candidates, including Hillary Clinton, espouse the “we are the world” ideology.  There is a large percentage of the Republican Party who also embrace this ideology, and herein lies the problem with Donald Trump.  He believes in the nation state and, in particular, the uniqueness of America’s nation state.  If you listen to the speeches of both Hillary Clinton and Donald Trump, you can clearly see this ideological distinction.

Hillary sees national populists as deplorable and irredeemable.  She fully embraces cultures and morals that are incompatible with and destructive of historic Western values.  The Constitution is an impediment to the global socialist utopia she seeks.  Thus, she would minimize the individual protections of the Bill of Rights and assert the dominance of the federal government.  She would be an imperial executive for the world.

Conversely, Trump is the classic American tough guy.   His idea to “Make America Great Again” is clearly and unequivocally that of a national populist.  Trump embraces America and this is one of the problems.  He is rejecting Republicans who embrace global socialism.  Trump wants to bring the jobs and the businesses home for American families, and you can’t be both global and national at the same time.

One significant point:  If the last century has taught anything, it is that the drive for global socialism and its utopian outcome is anything but utopian.  The slavery, slaughter and social suicide of the socialist tyrannies and dictatorships is well documented – and there is no reason to assume that New World Order Global Socialism would yield anything but more of the same.  Unfortunately, the siren song of socialism and its welfare state all too often hide the ultimate danger.

Trump would radically increase our debt, increase unwanted spending, increase the reach of govt into personal lives, reap millions for himself while taking the little bit the middle class has left and destroy our reputation throughout the world

You really do need a new hat:

Wear it shiny side out.

You are not going to have a good November, please try to hold it together election night.

this is not a game, as you are suggesting.

If Trump wins, none of us will have a good year until he gets impeached

It is the grandest game of all, with the highest of stakes.

Impeached for what? You are becoming undone.

same as the impeach obama movement – which basically was an attack against him for being black, we can start a movement to impeach Trump now because he is Trump – why wait for him to do something terrible?

Why is it always racist with you? There were good and compelling constitutional abuse reasons to go after Obama and they were well documented. The problem is that people like you were certain to pull the race card and the Republican Party caved to it. Now we see the destruction of the once apolitical FBI and you cheer. Truly idiotic.

you and the GOP went after Obama before he was sworn in. Do you not remember? If you truly deny the racism against him, you simply are fooling yourself, not those of us who lived through it. The birther issue was completely racist. The comparisons to Hitler stemmed from race. The entire shut down any and all legislative activities until he is out of office was based on race. Calling him Muslim? Do you not remember?

It is true the implications of this election could not be more obvious, I just wish more people could see the obvious. It ain’t rocket science.

I just read this, we have our internet for three more days before barry gives it to the UN and nary a blog is talking about it. Anyone really think the Turtle and Lyin’ Ryan is going to do anything about it? You can be sure if the Beast wins there will be more of this,
https://theconservativetreehouse.com/2016/09/26/popular-radio-host-michael-savage-broadcast-shut-down-nationwide-as-he-discusses-clintons-health/

The man has to fund his foundation somehow.

I disown John Warner not only as a Real Virginian Republican (i.e. a Pro-American Conservative), but also as the son of a decorated Vietnam Combat Veteran (who along with his buddies, will happily vote Trump in November) and as a Brother of Beta Theta Pi, myself.

Glad he retired, and things really started sliding downhill in his last days in office. It’s types like him, who are what’s wrong with the mess in DC.
http://www.nbc12.com/story/33264751/former-republican-senator-john-warner-to-endorse-clinton

Say what you want about Trump but he sure has shone the sunlight on the deceivers of this country.

I ran into John Warner about seven or so years back in DC and I actually confirmed that he had caretakers that would prevent him from wandering in traffic.

The democrats once again display utter contempt for the electorate and would use the elderly gentleman as a prop. Shame on them but even moreso on a family that would allow dignity to be robbed of their patriarch.

John Warner also endorsed Mark Warner over Gillespie in 2014. He’s a Democrat now in my book.

I remember when John Warner torpedoed the Ollie North senatorial candidacy. He ran as a Republican and evolved into what he really was – a RINO.

Yeah, Warner is a lot like Jim Jeffords and Arlen Specter.