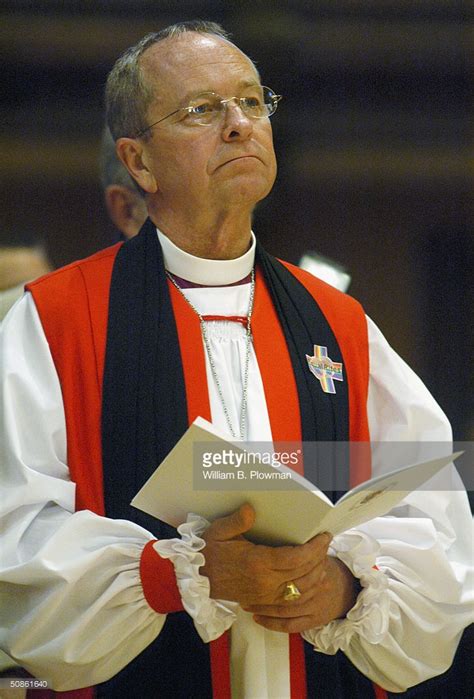 The Church at War

The twenty-first century American church is at war – not so much with unrighteousness or the forces of evil, but with itself. Long a bastion of morality and faith in the world, some parts of the Protestant church – mainline as well as evangelical – now seem more focused on carving out and defending their own cultural and economic turf than contending with a degenerate culture and helping people to live the life of Faith.

The 230 year-old Episcopal Church – the North American branch of the worldwide Anglican Communion – has endured a widening schism over human sexuality and the primacy of Scripture for more than two decades. The sexuality-dispute concerns not just whether the Church should tolerate or accept what was once called “sexual deviance,” but whether its leaders can be open practitioners of it. In 2003 the Episcopal Church consecrated The Rev. V. Gene Robinson as ninth bishop of the New Hampshire Diocese. The move was controversial because Bishop Robinson was a practicing homosexual living openly with a male lover. In public statements, the bishop has called the Bible “an outdated book” and demanded the Church’s blessing of homosexual unions.

These divisive developments have prompted parishes across the country – particularly in the conservative South – to consider resolutions to pull out of the Episcopal Church. An exact count of how many congregations have already done so is difficult to find, but estimates run to some 1,000, nationwide. Eleven in Northern Virginia alone are: Christ the Redeemer (Centreville); Church of the Apostles (Fairfax); Church of the Epiphany (Herndon); Church of Our Saviour (Oatlands); Church of the Word (Gainesville); Potomac Falls Episcopal (Sterling); St. Margaret’s (Woodbridge); St. Paul’s (Haymarket); St. Stephen’s (Heathsville); Truro (Fairfax City); and historic Falls Church (Falls Church). Truro’s former Rector, The Rev. Martyn Minns, has been appointed bishop of the new Anglican District of Virginia – an association of congregations which desire realignment with traditional Anglicanism.  The ADVA is now part of the Anglican Church in North America.

Episcopal Church leaders admit that the denomination’s membership has declined from 3.4 million in 1992 to about half that number today. The economic impact on Episcopal national headquarters has been severe, since it has reduced the financial assessments parishes send to national headquarters. Seceding parishes, of course, remit no assessments at all. Most of the latter also hope to keep their properties as they leave the denomination. But under church bylaws those properties belong to the denomination, not to local congregations that wish to withdraw.

The Northern Virginia congregations listed above have all been sued by national Episcopal headquarters for their properties. The Right Rev. Katharine Jefferts Schori, presiding Episcopal bishop, has ruled that the denomination will not let local congregations take their properties with them to another denominational connection – even if that new connection also belongs to the worldwide Anglican Communion. One recent report revealed that national headquarters had spent $18 million to sue departing congregations for properties that will mostly sit idle at the end of the day. In Binghamton, NY, and Avon, Connecticut – and possibly other locales – properties of withdrawing Episcopal congregations have been sold to Muslim organizations. One observer called this “in-your-face” ecclesiastical dealing.

The property-issue is not trivial. The Truro property, for instance, is valued at $26 million. The congregation lost ownership of the property, but the denomination allows them to rent it back, since otherwise it would sit un-maintained. The schism in historic Falls Church Episcopal generated a series of lawsuits which ultimately cost the seceding majority (now named the Falls Church Anglican) all access to their historic property – worth upwards of $50 million – as well as its Bibles, hymnbooks, choir robes, communion service, musical instruments, supplies, and nearly $2 million in cash.

A major denomination haggling in court with local congregations over church property is not a pretty sight. The Bible tells Christians not to resort to civil courts to settle their differences. But this is a dispute over money and property, which – as most sober-minded church officials would admit – are visceral concerns of the organized church. Jesus Christ, who was poor as the proverbial church mouse, said, “The Son of Man has nowhere to lay his head.” But 2,000 years later, the Episcopal Church is squabbling over who owns multi-million-dollar properties. (Gives you an idea of why Jesus is often depicted weeping.)

Episcopal leaders, including the aforementioned Bishop Robinson, accuse the seceding congregations of creating “division” within the church, but their protests are too disingenuous by half. The separation wave was certainly hastened by Bishop Robinson’s provocative consecration and his radical demands from the bishop’s chair for blessings on homosexual unions. In a 2007 article, respected religious commentator Robert Duncan noted that Bishop Robinson had, by his statements about homosexual unions, “set himself up as the ultimate authority in moral matters.”

Indeed, the bishop’s activism directly contravened a directive the Anglican Communion issued to the Episcopal House of Bishops in 2007. The AC requested the bishops’ assurance  that they would neither authorize same-sex blessings, nor permit the consecration of pastors and bishops living in same-sex relationships. The bishops affirmed their compliance via a resolution which they enacted over the dissent of twenty-one of their number in September 2007.[1] But their assurance did not halt the exodus of Episcopal congregations – particularly because Bishop Robinson remained in office.

The Episcopal Church is not the only part of Protestant Christendom warring with itself, however. Evangelical denominations are embroiled in what some have called the “independent church movement” – a non-sequitur as ever was. The formation of independent congregations – accountable to no church hierarchy and unconnected to any organized body of historical theology – is not a movement in any coherent sense. It is more correctly described as a “devolution.” Church after evangelical-leaning church across the country has decided to cut denominational ties and go it alone. This makes each congregation its own “denomination,” and each senior pastor the theologian-in-chief. Tall “trees” of historic theological thought are being reduced to “scrub bushes” of market-based theology designed to draw many and offend none.

When friends asked leaders of their independent church for clarification of a fuzzy rendition of Reformed Theology, they were told that such issues were the sole province of the church’s leadership. (“Shut up!” they explained.) Theological revisions in some independent churches have produced a tepid, non-confrontational theology with the consistency of used dishwater. One wag tagged it “Neo Arminio-Calvinism” – a gemischtes-pickles result with inconsistencies galore.

Beyond merely staking out their own independent theologies, churches are vigorously competing with other churches in their communities, using hand-rolled theologies, private liturgies and “creative” worship-styles as weapons. Battles for members have taken on the intensity of Dollar Day down at the mall. Every possible combination of theology-lite, liturgy and worship-style is being floated in the hope that some combo will be the rocket that produces the next megachurch. In one Virginia church that we attended, the pastor and elders started showing up at Sunday services sans coat and tie to signal to millennials that they were really just regular dudes who wanted to hang out with them.

Back in the day, a Christian could enter any evangelical church, sing the hymns and follow familiar liturgy. But that day is long-past. The popular claim that hip, contemporary churches are “seeker friendly” is risible. Each church has its own body of contemporary songs presented in words-only format. (No musical copy is available.) The visitor – “seeker” or not – is reduced to mumbling unfamiliar songs as the praise team rocks on.

Many churches have tossed traditional hymnbooks into the discard-bin. Others have scrapped the Bible, too. Scriptures that inspired Wycliffe, Huss, Latimer, Luther, Wesley and M. L. King, Jr., are no longer found in the pew-racks. Instead, worshipers are treated to readings from Rick Warren’s The Purpose-Driven Life, Maya Angelou’s poetry, or Al Gore’s Inconvenient Truth. If John the Apostle were writing his letters to the Seven Churches today, one letter would call the American Evangelical Church “apostate” – i.e., one who abandons the true faith. Today, it’s all about branding, marketing, sales, turf and economic success.

But evangelical wars are raging internally, too. Many individual congregations are well into an internal civil war over those same issues of liturgy, music and worship-style. Some churches bring in outside “specialists” to clean house and create a modern worship “flavor.” Disaffected members are encouraged to move on (and don’t slam the door behind you).

Once the “painful changes” (as one worship leader called them) have been made, some churches survey the remaining members and find – mirabile dictu – that people seem “happy” with the new music and worship styles. (This is the equivalent of drinking your own bathwater.) Music and worship modifications are fiercely defended against any attempts to undo the new order. Even the most modest requests to bring back some traditional worship elements are militantly rejected. (Felix Dzerzhinsky never defended Lenin’s revolution more fiercely).

In some locales, a “traditional” evangelical church can’t be found. Many evangelical Christians say their church has left them. Close friends of ours can find no church where the worship-style ministers to them. A neighbor told me she wants church to feel like “church,” not a nightclub.

Some churches finally self-destruct under ruthless leadership styles. A church outside Atlanta that we knew well had a thriving ministry to young families. But a turf war broke out between the pastor and his church leaders. To quench dissent the pastor “packed” the church’s governing board with his own people, demanded the resignation of a popular associate pastor (who had established and led many of the church’s hands-on ministries), and told the congregation to “get over it.” With the church in turmoil, many members left for friendlier climes.

This is a rough time to be an evangelical Christian. People in main-line denominations and agnostics who care nothing about faith or “organized religion” might think this appropriate comeuppance for upstart evangelicals who have roiled American politics since 1980. But that view is myopic. It cannot be good for the country when a strong, beneficial societal influence for morality and personal righteousness is destabilized. In many ways it resembles the departure of a solid, dependable family from a neighborhood where it has lived for decades. Neighbors don’t realize what a positive, stabilizing influence that family was until it’s gone. 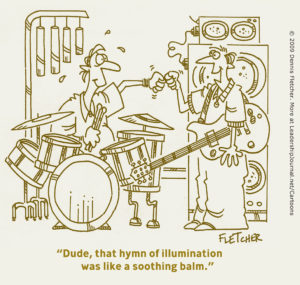 The Church at War was last modified: February 19th, 2018 by Woody Zimmerman
20 comments