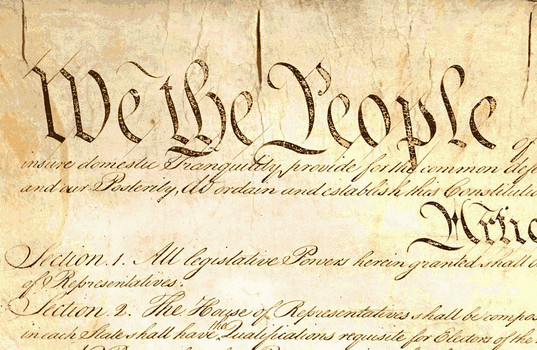 The Con-Con Bill Passes The House of Delegates (Again)

Today, Del. Scott Lingamfelter is crowing about passage of HJ3, his bill for a call of a constitutional convention, through the House of Delegates, despite the heroic opposition of certain conservatives like Del. Bob Marshall. It also passed last year. Now the action moves to the Senate of Virginia, where it was stopped last year. Just like last year, Sen. Dick Black will lead the fight against this bill. As I have explained several times before, an Article V convention is unwise. SCOTUS case law indicates that limits on the scope of the convention will not hold, nor will potential punishments of delegates to such a convention for exceeding such a prescribed scope.

Please call and email your Senators to reject HJ3 after crossover. It is absolutely shameful that we have to rely on Democratic votes to stop such a thing. Both Speaker Howell and Del. Lingamfelter voted in 2004 to rescind Virginia’s previous call for a constitutional convention… and wisely so. Why turn back?

I’m constantly surprised about the fear-mongering about this issue.

A Convention of States is the rightful interposition of the states to protect their people from an over-encroaching leviathan federal government. Our rights are already hanging by an uncertain thread of the will of Mitch “Wimpy” McConnell and the spineless Republican leadership in the Senate because of Scalia’s death. One last Obama appointee to the Supreme Court could be the deciding vote wiping away our most cherished liberties and powers.

The effort doesn’t have to succeed to be a success. The closer that the collective finger of the people get to the big red button of a Convention of States, the more attention that Congress will pay to their constituents. This is what happened with the 17th amendment, and it will happen again to provide term limits to Supreme Court justices and federal bureaucrats, and restore the voice of the states in the federal government.

Everyone else is walking all over congress — they’ve already abdicated their authority to unelected judges & bureaucrats and a tyrannical president — why are we the people of the United States not allowed to do the same?

Second, explain this to me, if a convention of states will get out of control and people will have their way with the Constitution, then shouldn’t every liberal Democrat support it? Getting their hands on the constitution is their dream, right? So why did NO Democrats vote for HJ 3? Hummm???? Maybe you are wrong about what a Article V convention of states is….

Before you say anything else, answer why democrats/progressives are fighting hard to stop it.

Any decent law dictionary will tell you this is a constitutional convention.

I applaud the House of Delegates for having the courage to call for a convention and I sincerely hope the Senate follows suit.

Robert, you’re fantastic, but you’re so unbelievably wrong on this. This is not a constitutional convention. All we’re trying to do is force the federal government to adopt a balanced budget.