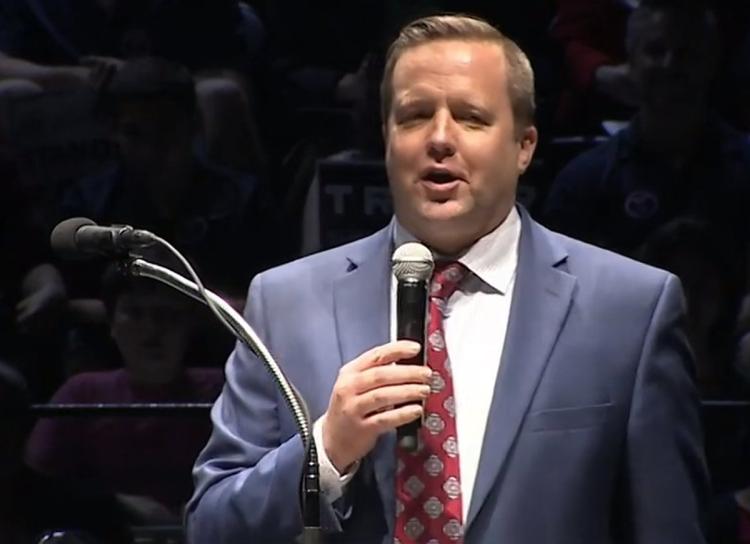 The Conservative Case for Corey Stewart Is Clear As a Bell

My friend Shaun Kenney – a man I love and genuinely admire – is upset (really upset) that Corey Stewart is the Virginia GOP nominee to face Tim Kaine in November.

Like Shaun, I’m a Catholic and conservative. I am the grandson of immigrants – Irish on my father’s side, Slovak on my mother’s. Neither of my parents went to college, yet I am a lawyer and president of corporate affairs at a major direct marketing agency. I have the privilege of working for the great conservative champion, Richard A. Viguerie. What a country!

I am blessed beyond what I deserve. I get to fight corrupt government, and write about constitutional and policy issues for national publications. My “dirty little secret” is that I can’t stand politics, but I get to collaborate with brilliant political minds and strategists.

I donated to and voted for E.W. Jackson in the GOP primary. I would have strongly preferred Nick Freitas over Corey Stewart, but Corey won. I will vote for him in November. It isn’t even a close choice of whether I’d vote for anyone else.

If you are a Virginian, to not vote for Corey Stewart is a vote against Donald Trump in what is really his second election.

I am an unabashed supporter of Donald Trump and what he has done for America. It was not always that way. Early in the 2016 GOP presidential primaries, I considered him to be a patriotic but opportunistic Democrat.

It was the support for Trump by another Catholic conservative, the late Phyllis Schlafly, which gave me pause to consider whether this man might be more than what I thought. And, boy, was I wrong. Trump is indeed patriotic, but he’s conservative. He’s opportunistic, but in the most positive sense. He has done more to expose the baseness, hatred, and flaws of the Democrats and the media than the entire Republican Party had hitherto done.

I will be voting for Corey Stewart and against Tim Kaine for the right conservative reason: to save our constitutional republic.

I am voting against MS-13, against radical Islam that is intolerant of my faith (which is distinctly not my dear, peaceful Iranian and other Muslim friends), against race-based hate from “both sides,” and against socialism.

My friend Shaun joins some other Virginia Republicans in sharing their disdain for Corey Stewart. Bill Bolling is one. I heard Bolling speak to a group of conservatives, though he was one of us based on what he said, and donated to his successful campaign for Lieutenant Governor. He later turned on another Catholic conservative, Ken Cuccinelli, claiming the GOP had moved too far right — or something like that — when Ken was the nominee for governor of Virginia. There may be a tissue paper’s width of difference between me and Ken on issues, so Bolling turned on me.

Bolling took my money, and got my vote before he did. Virginia turned bluer under Bolling, and I still can’t recall a single significant conservative thing he did. He certainly did nothing of memorable significance to expose the damage caused to America by the Democrats’ cultural jihad on Judeo-Christian values and the rule of law under the Constitution.

I don’t recall Bolling doing anything to improve race relations. I write this the day my brother told me he recently quit a job in another state after the office manager where he had just taken the job called him a “damn Yankee” because his wife is black. Racism is immoral. It is inconsistent with free markets. It is stupid. The establishment GOP hasn’t done much if anything to fix the problem, and Democrats have only made things worse.

Corey is called a white nationalist by some. I don’t see that what Corey Stewart says is a reflection on me. I do see Tim Kaine, Mark Warner, and other Democrats as dangerous to America’s future, and more harmful to people of all races. I see the unconstitutional acts of the deep state, the national debt, and the degradation of our Judeo-Christian values as far more dangerous than anything Corey Stewart could do as senator, if one were to believe the worst things said about him.

I also know that if Stewart were to be elected and then betrays conservatives like Bolling did, we can defeat him in six years — Nick Freitas time, baby. That contrasts with decades of momentum and dug-in roots of the forces working against conservatives and our constitutional republic, which are far harder to defeat and replace. But Trump — Trump! – will have more minority votes in 2020 than any other GOP presidential candidate in over 100 years.

I do see the effectiveness of Donald Trump in overcoming the damage Democrats and the progressive wing of the GOP have done to this country. I also see Trump as having become a more spiritual man, even to the point that he sees God’s plan in what he is doing, and that is reflected in his remarkable and brave leadership.

The Conservative Case for Corey Stewart Is Clear As a Bell was last modified: June 16th, 2018 by Guest Contributor Mark Fitzgibbons

I felt we had 3 great candidates compared to the liberal lunacy of senator Kaine ?
I think we all need to bring it together and support Corey Stewart.

Your friend Shaun was pissed when Brat beat his gravy train, Cantor. Then he was kicked out of the GOP leadership.

That @$$hole writes stuff that could have been read by Hillary Clinton… The GOP is full of Deplorables to Kenney.

Of course the media and the Democrats are eating up this
quote by Bolling. I had almost forgotten how he bowed out of the governor’s
race after finding out that it wasn’t going to be handed to him, and then
undermined fellow Republican candidate (Ken C) by sniping and giving support to
Tmac. He had to be stopped by the then chairman of the RPV from making a full formal
endorsement.

And we wonder why we keep losing.

Either you support Corey, or Kaine. No amount of immature political chattering, backbiting and whining will change that simple, stark, unalterable truth.

Yes sir I agree. And never mind that stuff about the lesser of two evils. That’s ridiculous. We are supporting the right candidate, the good candidate, the winning candidate. Let Kaine be the loser evil candidate who was and is a clintonian follower, most likely.

I’d take Shaun more seriously if he didn’t spend all of 2017 regurgitating every bit of nonsense Ed Gillespie wanted out there in a desperate attempt to get a job, including bogus poll numbers that had him saying “folks, this is what a sweep looks like”

Thank you! I also challenge Bill Bolling to do anything constructive aside from tearing down their his fellow Republicans.

Did Bill endorse Kaine in the Primary?

Not that I am aware of yet. It ticks me off though when Bolling, Shaun Kenney, and others feel Stewart is disqualified by past associations. How come they never called on Obama to quit when he was with Bill Ayers, Rev.Wright, and Louis Farrakhan. Stewart would not have won four terms in Prince William County if he was a white supremacist.

So it all about voting to support corruption at the highest level, turning against our allies, and cowtowing to tyrants. Yes, Corey does indeed perfectly reflect the GOP of today.

Oh he really bothers you guys. All that money doesn’t seem enough now? Perhaps no longer one or two outlying polls? Perhaps really bad incoming news?? You are really making this delicious, thank you.

Trump bothers us? Yes, he does, and so by extension does Corey. We are Americans after all and are certainly opposed to all of her enemies – domestic and abroad. Glad you are enjoying it, Comrade.

You are the useful idiot of the enemy. The fact that you don’t know it is exactly what the enemy looks for in its minions. Don’t worry, someday you will awaken and the enemy you now embrace will turn on you with great ferocity.

I’m woke, Sport, and I know the enemy within. It is thou.

“woke”=fully aligned with the progressive agenda to utterly destroy America

And has been for a long time. Generally trolls this site.

Wow, this poster must be against the President in a huge way. It almost appears this poster ( mr. troll ) is actually in denial ? I mean whoever is the republican nominee is far better than senator Kaine. Its a no brainer.

Our “allies”? They’re like the kids who show up to the one kids house with a pool every summer like clockwork, only to vanish when autumn rolls around. Our “allies” just want to sponge off us.

O Canada! Part of the Axis of Evil now. I see!

Canada is more Western European than American, and if obama had had his way americans would be struggling even more mightily under the weight of Islamic terrorism and the welfare immigrant invasion from the south. You apparently think socialism is great. Go to western Europe to check it out in the streets of London, Paris and Berlin.

Outstanding! You have captured everything I have been thinking since June 12th, except the part about Little Timmy being a “nice man.” These are the the kind of positive waves we need to embrace as we move towards November.

My thoughts exactly. Timmy is no “nice man”. He has a history, and it’s not good. I think his debate with Mike Pence pretty much nailed how nice he is….Timmy has been pretty silent lately. I’m wondering how wrapped up he was in the Obama/Clinton scandals.

Timmy ( lol ) that’s great. I think him attacking so early on means he is worried in a big way. That’s my view.