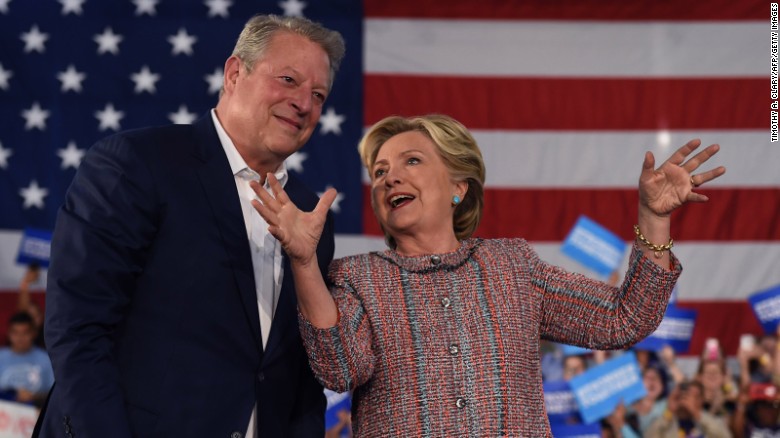 In 2000, Al Gore lost the presidential election by a few hundred votes in the State of Florida.  He immediately demanded a recount of a select group of counties, and subsequently proceeded to ignore the state recount deadlines, verifications, certifications, and other legislated election processes by appealing to the federal court system.  After much legal maneuverings at the federal level, the Supreme Court put an end to his activities and George W. Bush became President.  Unfortunately, the House of Representatives, Senate and even the federal courts did not understand the implications of what Gore did.

At the time, Gore was supposed to run away with the presidential election.  Bill Clinton had given him plenty of support based on his personal favorable poll numbers.  Gore managed to mess it up and Bill Clinton’s advocacy was rendered meaningless.  (Logically, Hillary Clinton was expected to follow a successful Gore into the presidency.)

What we see today with Jill Stein, a surrogate for Hillary Clinton, is something similar to what happened with Gore.  Stein, who is supported by a substantial bank account, has appealed to the federal courts for a recount in Michigan, Pennsylvania and Wisconsin.  She well knows that she has not or cannot meet the state legislated recount deadlines, verifications and certifications, – and she doesn’t really care.  Her intentions are to put at risk the State votes in hopes that the States will not be able to send electors to the Electoral College.

Remember, Hillary Clinton was supposed to run away with the presidential election.  Obama, although a disaster as a President, had managed to remain personally favorable.  He, along with a compliant mainstream media, was supposed to propel Hillary to victory.  (Hillary didn’t count on the “Silent Majority” having had enough of global socialism and her.)

As a conservative Republican, I dislike having to layout conspiracy theories because they often assume a level of intelligence and corruption that is truly evil.  Nevertheless, I believe a warning is in order because the similarities between Gore and Stein are much too obvious.

The incoming Republican Congress should create legislation that supports a state’s right to control its own election processes.  It is essential to stop this abusive post election behavior before the nation is treated to an actual coup where a duly elected President finds the vote suppressed or stolen.

The appeal to stop the abuse of this election? Well, where does this ‘abuse’ start? Without election fraud, decades of rampant election fraud, there would be no abuse. And where there is vote stealing, the people are abused. As it is, Hillary Clinton in all likelihood stole five states, and in all probability benefited criminally from millions of fraudulently cast votes. Trump most likely won the popular vote by millions of votes. But who cares, most articles I have read are more concerned with clever appeals, clever slant, and clever nuance than with a much needed demand to directly deal with an inherently crime riddled electoral process.

The coup? We’ve had a few, and many false flag operations run on the American. But Americans are big on allowing cover-ups, cover-ups like the Warren Commission and the NIST Commission. Until there is truth injected into the telling of history, and until there is prosecution of those who act criminally, the Swamp will keep on doing what it does best, — sucking the life out out of us.

Conspiracy theorist? Ah! There is that wonderfully disarming catch-all snowplow of a phrase. But the plain truth is that in the land where conspiracy abounds, there is no need for theorists. But their is a heap of a big need for honest investigation and successful prosecution.

(Glad to see this article … and I hope it generates some needed comment.)

I hope that True the Vote is able to expose some of the dimensions of election fraud. It will only get worse with large numbers of illegals in sanctuary cities that want socialist administrations in power at the federal level and will use illegal votes to get the presidency.

By the way, Nevada and Florida recounts are added to the mix. Democrats are trying to get electors to switch and are using coordinated and highly personal attacks on Trump electors. There is a lot of crime and fraud going on and it goes straight to the democrat thugs exposed in Project Veritas videos.

Yes! We have seen some good things come out on the table. That the support for Trump was so visibly lopsided made it hard to cover up vote crimes. Project Veritas and the like, also a strong casting of light. And we now have some winds of hopefulness coming our way for the first time in a very long time.

Elector intimidation! Pure Mafia, unionist thuggery … and this stuff is going on almost in the open! For sure, we all will have to continually man up, and fight for our God-given right to exist in a way never had to do since the time of the 18th and 19th centuries. To have to fight, resist, and not give grown to cretins is the health of us all. And so what is bad, this we turn to our good.

Good point on Nevada. The snakes are slick on their bellies. Always running deceptions, fake runs.