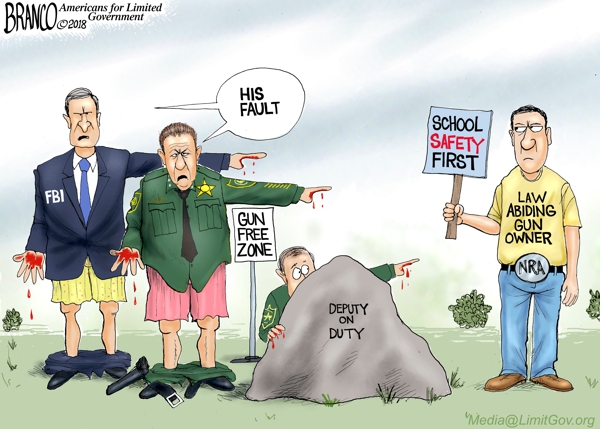 The data on guns destroys the left’s narrative

Gun reform is often framed as one of the most divisive issues in the United States; but this characterization of the issue, created with fear-inducing rhetoric on the left, is nothing more than an attempt to increase outreach. Facts don’t often align with feelings; as the facts make clear, guns are not seen as violent to most Americans, but a necessary method of protection. Propagating the myth that guns are universally destructive only allows the left to further threaten gun rights.

Researchers Allie Nicodemo and Lia Petronio from Northeastern University found in a Feb. 2018 study, U.S. schools are significantly safer today than they were in the 1990s. In fact, school and mass shootings have been on the decline since the 1990s, when four times the number of children were killed in schools.

So why the discrepancy? Why do so many children and parents seem to believe a shooting will occur in their schools, despite evidence to the contrary?

The answer is simple: liberal media groups and politicians have inflated the school shootings narrative to further an anti-gun agenda.

Following the Parkland shooting, several media outlets began reporting that there had been 18 school shootings in the first 45 days of 2018. This number, as Siraj Hashmi of the Washington Examiner explains, was first recorded by the gun control advocacy group Everytown for Gun Safety Support Fund.

This group vaguely defines school shootings as any gun relating issue to take place in a school, allowing them to overstate cases and build fear.

For instance, the group includes an incident at a Clinton County, Mich. elementary school where a man committed suicide in the parking lot while the school was closed, and no children were present a school shooting. Of the 18 school shootings, the group lists, only seven resulted in a person’s death, as many were cases of accidental firings.

As Hashmi concludes, “Make no mistake, every shooting incident listed above is concerning… but, in no way is a mass shooting at a school happening every two-three days in the United States. It’s an unfair, dishonest, and disingenuous characterization by the media.”

Democratic politicians also play a vital role in propagating the myth of rampant mass shootings. Both former President Barack Obama and Senator Harry Reid have maintained that the United States is “the only advanced country” where mass shootings occur with such frequency.

However, as a study on global mass shooting incidents from 2009-2015 from the Crime Prevention Research Center found, the U.S. does not lead the advanced world in mass shootings, we are not even in the top ten. While Norway and Serbia top the list, the United States comes in at 11, following Belgium and the Czech Republic.

In 2013 Obama’s Administration issued a Presidential Memorandum asking the Centers for Disease Control to “research the causes and prevention of gun violence”, the research conducted found exactly the opposite of what the President had hoped.

The study subcontracted out to the Institute of Medicine and National Research Council, found 61 percent of firearm-related deaths were suicides, not homicides, discounting the myth that most gun owners are violent toward others. Similarly, the Institute found that defensive gun use is far more common than offensive use; “with estimates of annual uses ranging from about 500,000 to more than 3 million per year, in the context of about 300,000 violent crimes involving firearms in 2008.”

Democrats and anti-gun driven media groups are trying to promote the idea that guns create dangerous situations for America’s most vulnerable students, but this is simply untrue. The truth is, more Americans see guns as a safety tool than a violent one. The latest NBC News/ Wall Street Journal poll reveals that six in 10 Americans say gun ownership increases safety.

By pushing a narrative that school and mass shootings should be a constant fear for everyone, suburban parents and students are pressured into fear and promote gun control legislation; but for a vast majority of American, guns are not a violent weapon.

Luckily, most Americans do not fall for this hoax for long. As an April 2018 Gallup poll reveals, guns/gun control being viewed as one of Americans top priority issues in March jumped, just following the Parkland shooting, but by April, the level of concern has already diminished back to normal levels.

It is easy to have an emotional reaction to events such as the tragedy in Parkland; however, the American people cannot let their emotions prevent them from seeing liberal propaganda. As the left attempts to dominate media and political attitudes regarding guns to further a gun control agenda, people must remember what they have always known to be true- guns are nothing more than how they are used, and believing they are a valuable tool for protection is not an unpopular opinion.

Good article, Natalia. To use a football metaphor, I would consider this piece as a 30-yard pass putting us within field goal range. To score a touchdown, however, would require a no-holds barred article on the REAL reasons the Left is so adamant in pursuing gun control

Please write such an article.

courtesy of Raul at HowMuch.net.

Exactly! They are good for the economy too!

The data for nearly every conservative policy destroys the Lefts’ narrative. However, they effectively deceive millions to believe that they should vote for Democratic overlords despite their multiple policy failures over the centuries.

We Republicans must constantly be mindful of the fact that our better arguments don’t necessarily translate to more voters. Logos is not the Left’s strongpoint and does not appeal to their voters. Pathos does.

Republicans have a tendency to legislate like Democrats once elected. Why is that???

Because the systems are established? Intentionally weak party infrastructure to support alternative?

They do, unfortunately. I’m also fond of warning against legislating anything and like to say, “Laws are what Democrats hit Republicans over the head with” Meaning, laws constrain Republicans because we are, by an large, law abiding. Democrats don’t follow the rules so every rule we make hedges us in and disadvantages us.