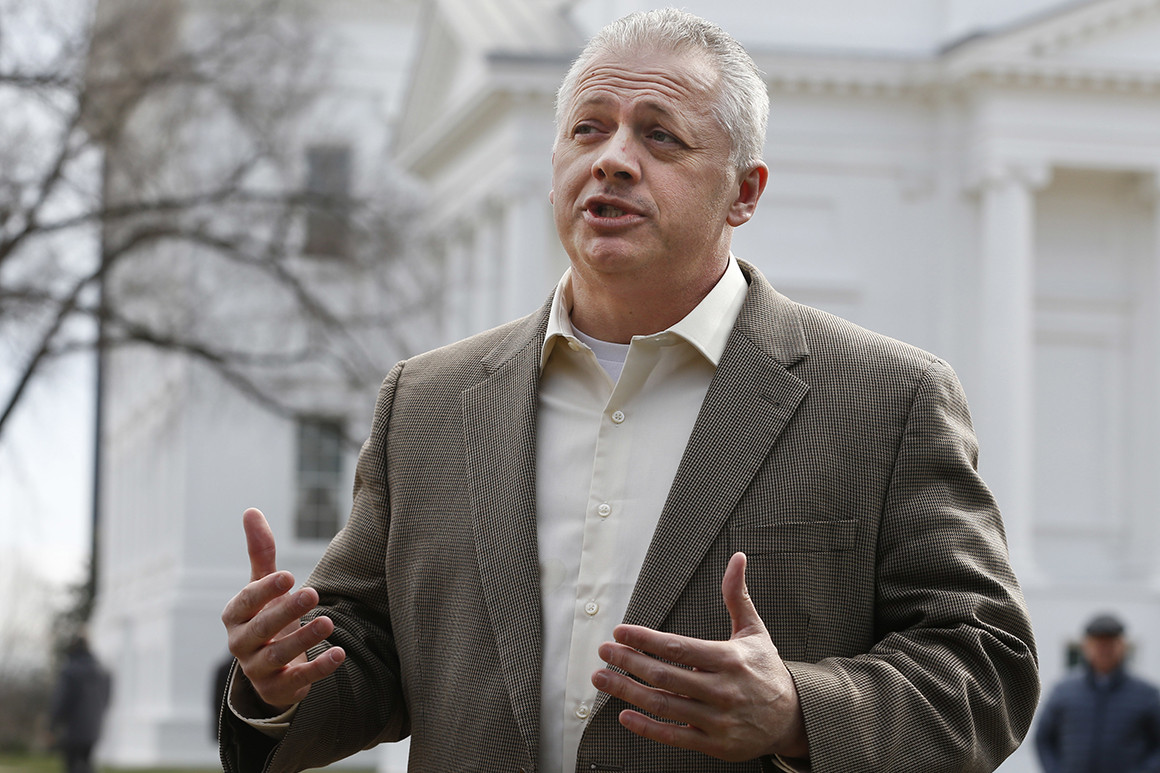 The Dave Brat Effect: The Righteous Defeat of Denver Riggleman

On Saturday, delegates to the 5th District Republican Convention took down incumbent Congressman Denver Riggleman in what might once have become the subject of an excellent book entitled “How to Bag a RINO.”

Unfortunately, the similarities between Bob Good and Dave Brat are being willfully ignored by the political activists who, frustrated by Riggleman’s loss, blame ‘homophobia’ and ‘bigotry’ as reason for his defeat, just as ‘antisemitism’ and ‘xenophobia’ were blamed for Cantor’s.

In reality, arrogance unseated them both.

Recall the prime driver of Brat’s 2014 upset: Cantor’s decision to back amnesty for illegal aliens. Although this was hardly the only wedge between Cantor and the conservative base, it was perhaps the most potent example of how out-of-touch Cantor had become in his fly-over representation of the district. What followed was a groundswell of opposition, quickly organized into the successful campaign of a deeply principled (but relatively unknown) university faculty member.

Apparently, Riggleman failed to heed Cantor’s example when he had the chance. Like with Cantor’s amnesty proposal, the gay wedding was the powder keg, but Riggleman’s attitude set off the explosion. In a widely-condemned interview with radio host John Fredericks, Riggleman made no attempt to make peace with his critics, instead dismissing them by saying he didn’t “give a rats ass” about what they thought of him. They didn’t matter, he claimed, because he would “beat them on any battlefield.”

Enraged by his arrogance, Riggleman’s critics rallied around a deeply principled (but relatively unknown) university faculty member named Bob Good who, despite being comically outspent and targeted with one dishonest attack after another, secured 58.12% of the weighted vote at Saturday’s convention and dispatched Denver Riggleman to the political graveyard.

Meanwhile, after repeatedly claiming that he would accept the will of the 5th District in the event of his defeat, Riggleman’s sole official statement regarding the convention instead ominously warned of future lawsuits and appeals.

Compare that statement with these:

Sadly, this appears to be par for the course for Denver Riggleman. The soon-to-be former congressman first won nomination by a single vote margin before a special meeting of the 5th District Committee. At the time, Denver and his supporters were ecstatic. How fortunate Virginia would be to elect a Congressman nominated by a few hundred people.

Yet, after the 5th District chose a convention as its nominating process for 2020, Denver and his supporters were apoplectic – how dare the 5th District Committee nominate a candidate by the vote of a mere 3,000 people! Never mind that if Denver’s team had its way, the vote of the entire Campbell delegation would have been invalidated – shrinking that number significantly –disenfranchising delegates to salvage his re-nomination.

And when former allies like Tom Garrett endorsed Good in response to Riggleman’s betrayal of conservative principles – Riggleman was, e.g., Virginia’s sole Republican congressman to vote for the blanket reauthorization of the PATRIOT act – Riggleman bombarded Garrett with thinly-veiled threats to ruin his career, trash his reputation in DC, and excommunicate him from the Virginia Congressional Delegation.

All this, after Riggleman complained to Fredericks that Republicans were “going at each other with their knives out because they’re losing power[.]”

There is an unfortunate but recurring trend among Virginia Republicans defeated in nominating contests to intentionally sabotage the party in retaliation. That which started with the nomination of Oliver North – repeated following the nominations of Ken Cuccinelli and Corey Stewart – continues today.

Riggleman’s defeat represents a righteous backlash against the arrogance infecting our party. If Cantor’s ouster wasn’t enough of an example, let this serve as another.