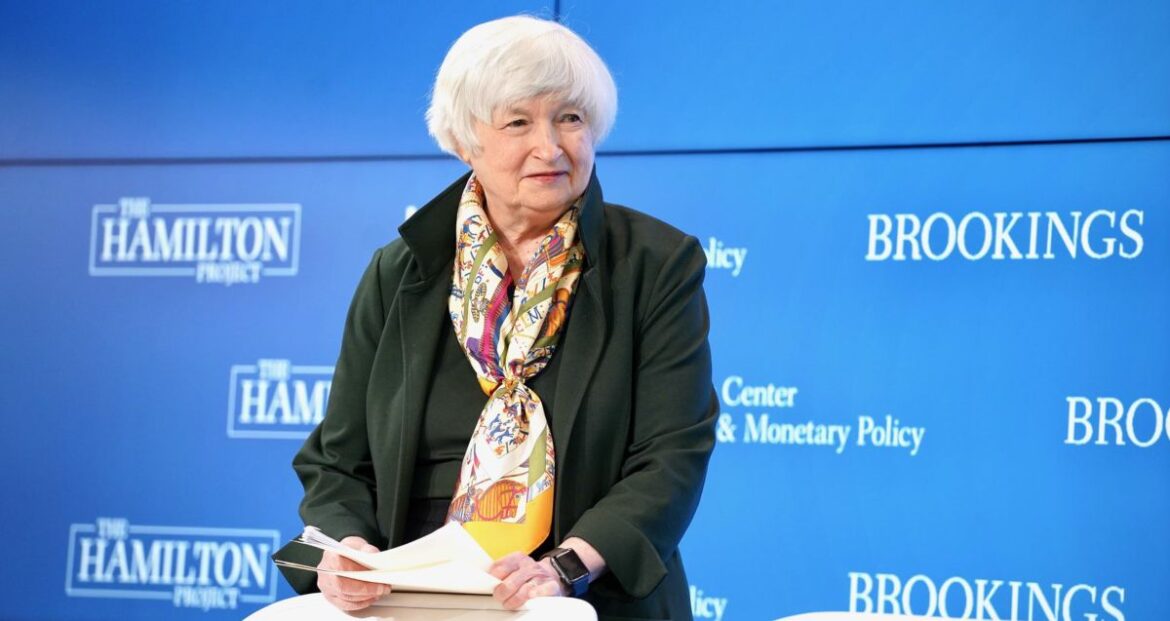 The word change game is common practice within the beltway, but the current administration has taken it to new and Orwellian heights.  For example:

A recession is a transition no matter how long it is.  Is a depression a really deep transition?

Individual freedom is slavery, and you will be condemned if you say that it isnÆt.

Self-defense using a gun is wrong even though you were under threat of death when you used it.  See Justin Trudeau.

A woman isnÆt a woman, and you better know which pronouns apply if you meet a non-woman woman.

A vaccine really isnÆt to prevent disease, and the COVID ōvaccineö may accentuate diseases.

Global cooling or global warming no longer exists, there is just climate change and the green agenda.  However, as a result of energy shortages that may lead to starvation and death by freezing, nuclear and natural gas production is now green.

Some of our politicians, or are they our politicians, have now made the word ōAmerican citizenö equate to some type of evil.  ōIllegals good, citizens badö is now the motto of the Democrat Party.

This ever-changing word salad is deliberately confusing. The dictionary is rendered useless as the word changes are so rapid and contentious.  All of a sudden, a word can take on a new meaning.  (Ever wonder how ōwokeö became ōWokeö?)

Take the latest example of the word ōrecessionö.  The historic classical definition of a recession is ōa period of temporary economic decline during which trade and industrial activity are reduced, generally identified by a fall in GDP in two successive quartersö.

What is a recession? While some maintain that two consecutive quarters of falling real GDP constitute a recession, that is neither the official definition nor the way economists evaluate the state of the business cycle. Instead, both official determinations of recessions and economistsÆ assessment of economic activity are based on a holistic look at the dataŚincluding the labor market, consumer and business spending, industrial production, and incomes. Based on these data, it is unlikely that the decline in GDP in the first quarter of this yearŚeven if followed by another GDP decline in the second quarterŚindicates a recession.

In George OrwellÆs 1984, the destruction of language is deliberate.  ōItÆs a beautiful thing, the destruction of words. ō —–  —–  ōIn the end we shall make thoughtcrime literally impossible, because there will be no words in which to express it.ö —–  ōBig Brother will have complete control of the people in every way, right down to their thoughtsö —–  ōall real knowledge will have disappeared. The whole (oldspeak) literature of the past will have been destroyed.ö

If there is one point this article makes clear it is beware the word change game of the Democrat Party.  Do not buy into whatever word they create or modify as that essentially gives them control of language and debate.  Use the common definition, not their gamed definition.  And donÆt respond to any leftist in their terms.  If they really want to talk, they can do so with common usage.

The death of the English Language was last modified: August 1st, 2022 by Dr. Robert Warren

I am the Founder and Past President of the Colonial Area Republican MenŌĆÖs Association (CARMA) in Williamsburg, VA.

Reflections on the QueenŌĆÖs Passing

When a democrat uses the word ōdemocracyö the really mean my way is the only way. Thus democracy means tyranny.

While discussing the use and misuse of words perhaps we should visit the question as to whether or not an optometrist should use the title “doctor”.

Meh, I consider myself fairly Conservative. (certainly not ōconservativeö as defined by the riff-raff around here but thatÆs a different subject)
I also understand the everything ōconservativeö (again, quotations for context) is scared of damn near everything these days but fornicate China. Do I think Pelosi will accomplish anything if substance? Not really. ThereÆs plenty of do nothing to go around but fornicate China. We should go anywhere we damn well please whenever we damn well please.
You all keep cowering behind your keyboards. Me and mine will keep being Americans. You know, the kind that are actually for America

My guess is you are fiscally conservative and socially liberal. This is an oxymoron but a lot of supposed ōconservativesö make that claim.

If youÆre scared just say so. ItÆs ok to be scared.

I am more scared for you than of you.

Did you serve in combat SBN… not the military. I don’t care if you sat on your ass at the Pentagon for the legions of Air Force Budget analysts… I mean deep in the shit, ordnance going off all around you? If so… okay… you have a right to be hawkish because you had to live your values. But… I doubt you had a shot fired in anger at you… Like most of the chickenshit CONservatives… who are all for war that doesn’t involve their precious ass going to it.
And even if you did serve… did seven trillion in US funding for twenty years of wars accomplish anything? So you are going to push China.. a country that the scroungy for sale political class sold out to… And now manufactures YOUR WAY of life as an AMERICAN…
I said fornicate CHINA 30 years ago when the politicians of the US were offshoring industry there… NOT much you aren’t dependent upon… Now it is too late…
So SBN… if you want to take on China… you need to Reduce your government debt… Rebuild your industrial capacity… stop borrowing money from CHINA… essentially what Trump was talking about… BUT LITTLE SBN hated Orange Man…
So you go be a big brave keyboard warrior too.. until Pelosi provokes China into cutting off your IT crap..

Your turn tough guy. Put up or shut up.

ThatÆs what I thought. Next time you want to call somebody out, donÆt.

Do I want to ōtake onö China? Nope, but I damn sure donÆt want to be a chicken shit mouthy jackass on a message board lamenting every frigging thing as the end of the world. Feel free to carry on though.

While weÆre at it, next time you want to throw out unsupported assertions about someone you know nothing about, donÆt. You donÆt have a damn clue about what or whom I do or donÆt hate.

Crawl back under your rock because if you havenÆt figured it out, your words, no matter how much you blather on here, mean nothing. YouÆre a caricature. Congrats.

Erica, Dunderhead Martin, Vaginal Kaine, whoever comes here from Media Matters also posting under five different names…
You Confederacy of Dumbasses… Remember when you were all blabbering about how Trump was going to start a war, you useful idiot morons?
DID NOT HAPPEN you crap for brains… It did happen with the Nobel Prize wining war pig your beloved Obama… But today
Nancy Pelosi is supposedly visting Taiwan…
WHAT IN THE HELL is your stupid corrupt TWIT doing?
That is a provocative act… AND you idiuots.. you are messing with a country that people like you, in supporting politicians like Bill Clinton created and that this idiot country is DEPENDENT UPON…
This could push Xi to actually move on Taiwan… Are you ready for WWIII boys.. i am sure you guys are joining up aren’t you?
Well… feel good in that you will get all the jingoistic GOP INC chickenhawks and the neocons to join you… in sending the deplorables to war..
A war with China and on the other front Russia will be it for the US boys… The US military can run a great pride month campaign but it couldn’t bug out of Afghanistan… in good order.
If you guys had a brain you would play with it.. .

They are “useful idiot” cowards who know how to destroy. When they come to the Bull Elephant to post they have nothing positive to say and can’t really engage in a conversation based on facts or logic. In the end, they will be the first eliminated because they think they are right and when confronted with reality realize they have been had and will protest. In the land of the tyrants they so love, protest is not allowed and is punishable by death.

As usual, a useful idiot makes the point

Not with his phallic symbol in hand he is notģ!! ōIÆll show you the kind of man I am!! Eat lead, commie!!ö

ERica… your dumbass politicians… see Nancy Pelosi are essentially pushing your stupid comment… SBN your CONservative bro loves that she is going to Taiwan to show em… !!! She don’t back down!!! So you have unwittingly made a comment that blows back on your dumbass politics.
You gonna go fight the commies for Pelosi are you? Your Bro SBN kind of doesn’t know that we have handed China our asses… what isn’t manufactured there? Say you need some drugs for your boomer heart? 70 percent of pharma is manufactured there… YOUR stupid ass President Bubba Clinton oversaw entire industries going to China and profitted from it handsomely with the trade deals and subsequent payoffs to him and Hillary…
So now… Pelosi is accomplishing what? With her Phallic symbol in her hand… China is now conducting fire drills over Taiwan…
So go F yourself moron…

Democrats are always brash and full of themselves until reality strikes. Then they run around like crazed chickens blaming everyone else and screaming ōyou should have told meö. Well, you dopes, you are being told and you are rejecting basic truths. China is giving the world a clear demonstration of military capability – and our Friends in Asia are recalculating their dependence on Pax Americana.