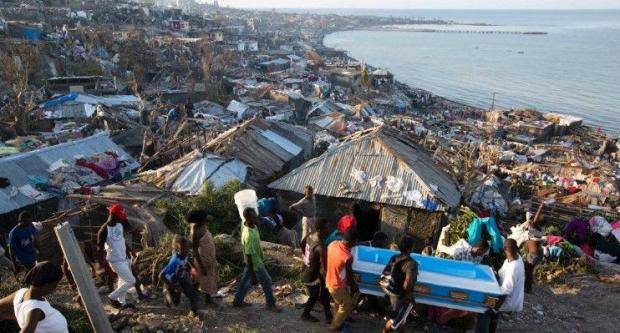 The definition of racism

The definition of racism.  Prejudice, discrimination, or antagonism directed against someone of a different race based on the belief that one’s own race is superior.  The belief that all members of each race possess characteristics or abilities specific to that race, especially so as to distinguish it as inferior or superior to another race or races.

This is the definition of racism.  A belief that someone who is a different skin color or ethnicity is not as good as someone of your background, heritage, or skin color.

In the left’s own need to demonize Trump and make themselves to be the “morally superior” persons they see themselves as – Democrats, and their cheerleaders at CNN and MSNBC have decided that a statement which Trump supposedly made “Why do we want all these people from 0000hole countries coming here” means that Trump is a racist.  Trump denies having made this comment but does admit to having used “rough language”.  Best guess is Trump probably said something similar to the statement attributed to him.

In the world of the modern day leftist, each culture is equal to each other.  And there is no need for moral outrage unless these self-appointed moralists say that we should be outraged.  Meaning that the left thinks that each country is morally equivalent to our own – mostly based on past sins.  This argument is the ultimate in lunacy.  Let me digress for a paragraph or 2.

Example.  I’m an alcoholic – been sober for 24 years.  According to the way the modern day leftist thinks, I should be blamed for my sins against everyone to this day because I was committing a horrible sin against myself and my family and friends from 1986 through 1993 (when I finally sobered up).  It is one thing for a person who I may have offended to have bad memories of me.  No one can blame another for that.  And if I offended someone during my drinking years (and offend some I sure did), that’s on me.   But according to the thinking of these enlightened people, everyone should be mad at me because of something I may have done to someone else in 1990.  Think I’m kidding?  According to the Bernie/Pocahantas wing – each White Anglo Saxon American is guilty of crimes against Native Americans because some of our ancestors may have owned slaves or may have razed an Indian village.  There is no difference between their argument and the one I just came up with above about my past.

The reason I went on that tangent is as follows:  Our ancestors may have sinned, but we are not responsible for any wrong they may have done.  People in Haiti and some underdeveloped countries in Africa are still enslaving each other and committing genocide or ethnic cleansing against their neighbors, however that is ok – or at least not really talked about.  Somehow, it seems to me that the American culture, which has owned up to its past, tried to right the wrong, and thinks we need to move on and work together is no better than a culture where they kill each other to this day.  Example.  Take the Rwandan genocide of the mid 1990’s.  I don’t see any great world outcry for reparations from one feuding tribe to the other.

My ex-wife was from Sumy Ukraine.  Her and her father’s opinion of Sumy was “We are the armpit in the 0000hole of the world” (Aka the worst place to be in Ukraine).  And quite frankly, Sumy was an ugly place to be.  Nice people, horrible place to live for a number of reasons.  That does not mean that Yulia or Nikolai were racist towards Ukraine. Just means that they hated where they came from, hated what Stalin and the Bolsheviks had done to their homeland, and wanted to be proud of their country.   In Sumy, the average income is $200 per month per person, and no one can afford to buy anything.  Government corruption is so rampant that employers can extort money from prospective employees to get a job, and no one will do anything about it because the police are more corrupt than the criminals.

And if you think that Ukraine is bad, wait till you see Moldova.  Their country is so poor that some parents sell their children off to be sex slaves.  This is the definition of a “0000hole”.  SURPRISE – Ukrainians and ethnic Moldovans are Caucasian.

Personally I wish that Trump had used less “rough” language.  Something to the effect of, “we are in charge of who we allow in here – shouldn’t we be letting in people who benefit our country”.  However like it or not, Trump is correct in the larger scheme.  Our culture is superior to other countries.  And calling some other land a 0000hole compared to ours is not a racist statement. Sadly it’s a statement of fact.  Ours is still the greatest country ever founded.  People sacrifice everything to get over here.  Have been doing so since 1609. What other country in history can boast this?

So to our supposed “enlightened friends” at CNN, get over yourselves – once again.  We are and remain the greatest nation ever founded.  And Donald Trump is part of that fact.   Oh and please stop calling everything that offends your sensibilities racist.