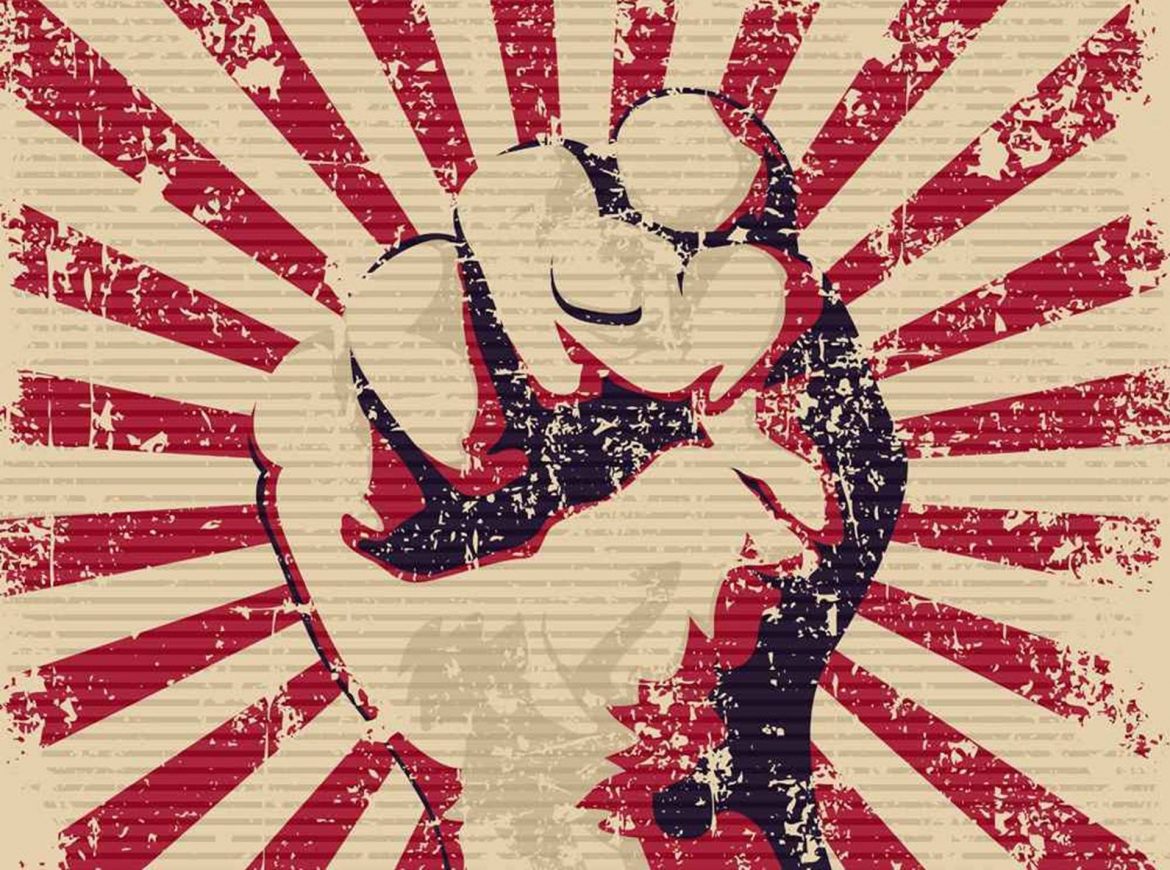 The Deliberate Misconception of Socialism

The first progressive definition of socialism is a “political and economic theory of social organization which advocates that the means of production, distribution, and exchange should be owned or regulated by the community as a whole.” This could not be further from the truth. No community could regulate or own anything under socialism.

The definition of socialism in history is also factually incorrect. It defines socialism as a “range of economic and social systems characterized by social ownership of the means of production and workers’ self-management.” Workers never self-managed under socialism. They may have hidden at work in a warehouse to take naps during the workday but that would be the extent of self-management.

The real definition of a socialist society is the government’s ownership of the means of production, distribution, and exchange. Not at any point could the proletariat self-manage, they were told what to do by apparatchiks under the strict guidance of the Communist Party. Socialism was and still is a pre-cursor stage to communism.

The aggressive mass media, academia, and social media controllers’ agenda of indoctrination of the population is obvious at every corner by those of us who studied real (not manufactured) history and have lived under socialism.

The handsomely paid agents of indoctrination know what they are doing, and it seems to be working well with the low information voters and their fellow travelers who use Facebook and other social media as a source of information via memes cleverly designed for maximum misinformation/disinformation.

For starters none of those listed represent socialism, they are services provided by the local, state, and federal governments with taxpayer funds accumulated from taxation, dues, fees, etc.

Police departments in the U.S. can apply for grants from the federal government under strict guidelines from agencies such as the USDA’s Community Facilities Direct Loan & Grant Program. Tax dollars from citizens pay for police and firefighters and each state is vastly different. Under socialism, the government controls the police and its funding under different levels of monitoring in order to keep the population under control.

Public hospitals are funded by the Department of Health. Patients pay a small nominal fee.

Health care is paid for by government programs such as Medicare and Medicaid, private health insurance, and by out-of-pocket expenditures.

Developed countries except for the U.S. have partially or fully, publicly funded health care systems. They are not free; they are either financed by heavy taxation or via compulsory health insurance. Nothing is FREE.

In the U.S., state and local health departments receive their funds from grants (taxpayers’ money) given by the Prevention and Public Health Fund established under the Affordable Care Act passed by Obama in 2010 at Christmas time, with only Democrat input.

Medicaid is tax-funded and administered by the individual states which operate the program with federal guidelines. Some individuals get free medical care while others must pay a nominal fee. Illegal immigrants and asylum refugees receive free care from the moment they cross our borders unlawfully.

In 2017, the U.S. spent about $3.5 trillion or 18% of Gross Domestic Product (GDP) on health expenditures more than twice the average among other developed countries.

According to taxpolicy.org in 2018 the federal government alone spent $1.1 trillion on health care; $583 billion on Medicare, $399 billion on Medicaid and the Children’s Health Insurance (CHIP) and $70 billion on veterans’ medical care.

Veterans benefits was approved by Congress’ $86.5 billion in discretionary funding. The money comes from federal taxation which all working Americans pay. The U.S. Department of Veteran affairs requested a total of $220.2 billion in fiscal year 2020, a 9.6 percent increase over 2019.

Veterans were promised benefits for their service for their country and active duty in peacetime and wars. Their salaries are much lower and are not commensurate with their sacrifice. These veteran benefits are not welfare, they have earned them. They pay health insurance premiums for their medical care.

The national weather service (NWS) is an agency of the United States federal government and is funded by taxpayer dollars. We did not have a national weather service system under socialism. We were on our own when disaster struck, and nobody warned us beforehand. The government did not see fit to invest in such endeavor because nobody paid ANY taxes. We were serfs to the government’s whims.

Roads and bridges are funded through federal grants to state and local governments via taxation. One-quarter of spending on roads and bridges comes from the federal government, the rest financed by state and local governments. Gas taxes, tolls, user fees, license plate taxes, income, sales and property taxes are used to maintain infrastructure which varies from state to state. The Highway Trust Fund for highway and mass transit programs awards grants to localities and states. Under socialism, paved roads were scarce and deficient because there were no taxes levied by the government or paid by the proletariat.

Unemployment insurance is paid by employers and is not a feature of socialism.  It is a tax collected by state and federal governments. It is part of payroll taxes. The employer payroll taxes include: Social Security taxes (6.2%), Medicare taxes (1.45% of wages), and federal unemployment taxes (FUTA).

Drinking water is controlled by the Safe Drinking Water Act which authorizes the EPA, a federal agency supported with taxpayer dollars of those who pay taxes. The act establishes minimum standards to protect tap water and requires all private, public owners or operators of public water systems to comply with the standards. Water infrastructure includes systems of water supply, treatment, storage, water resource management, flood prevention, and hydropower. Different private and public owners and agencies control the water infrastructure. It has nothing to do with socialism, on the contrary.

Under socialism, the government controlled the water supply and delivery. Rivers and canals were polluted, water was substandard, and it was delivered whenever the government rulers decided to do so. A few hours during the day cold water flowed, but hot water was in short supply or non-existent, and, in summer time, there was no water at all as the mighty government had to do maintenance for three months and the people were supplied drinking water via cisterns that combed the neighborhoods.

Sewage treatment is the responsibility of each municipal wastewater treatment plants. It is a service provided to the citizens for a monthly fee. It is not socialism either as these are owned by various towns and even private companies that have invested in the wastewater treatment facilities.

The four branches of the military, Army, Marine Corps, Navy, and Air Force are funded by Congress through the federal budget. The money comes from taxation and again, it is federalism, not socialism. For FY 2019, the Department of Defense budget is approximately $693 billion.

Social Security is not socialism, on the contrary, it is welfare for the federal government which dips into the fund to transfer money to other agencies, for other spending as they see fit. The Social Security program is funded by the Federal Insurance Contributions Act (FICA) tax, a payroll tax. The tax is assessed at a rate of 6.2% of income paid by employer, and another 6,2% paid by employee. The self-employed pay the full 12.4% tax. “The money that employees and employers pay into the fund through taxes is not the same money that you will receive later in life.”

FEMA is the Federal Emergency Management Agency established by executive order by President Carter in 1979 which merged many disaster-related responsibilities at the federal level. It is funded by taxpayer dollars. It is not socialism at all. Socialist governments usually leave their citizens to deal on their own with natural disasters and wait on capitalist nations such as the U.S. to donate food, water, blankets, medical help, and other resources when disasters strike. I know because we survived a terrible earthquake in 1977 and we went hungry, cold, and homeless for days, and had to find our own sources of water.

G.I. Bill is a term that refers to any educational benefits from the Department of Veterans Affairs to members of Active Duty, Selected Reserve and National Guard Armed Forces, and their families. The Servicemen’s Readjustment Act of 1944 (the G.I. Bill) was a law that provided a range of benefits for returning WWII veterans. The G.I. Bill is part of their otherwise low military pay, for their service, sacrifice, and putting their lives on the line, it is not an entitlement and not socialism as the lefties imply.

Food and Drug Safety falls under the purview of the Food and Drug Administration (a taxpayer funded bureaucracy) which “protects the public health by ensuring the safety, efficacy, and security of human and veterinary drugs, biological products, medical devices, and by ensuring the safety of our nation’s food supply, cosmetics, and products that emit radiation.” There is no socialism there.

CDC (Centers for Disease Control and Prevention) is a federal agency (taxpayer funded) under the Department of Health and Human Services and as such it receives federal funding from Congress with funds from taxpayers.

CDC Foundation receives charitable contributions and philanthropic grants from individuals, foundations, corporations, universities, non-governmental organizations (NGOs) and other organizations to advance the work of the Centers for Disease Control and Prevention. This is not socialism. Socialist governments do not have the equivalent of the CDC.

The National Aeronautics and Space Administration (NASA) is an independent agency of the U.S. federal government responsible for the civilian space program. It is funded by research opportunities with other government agencies, private, and non-profit sectors. It has nothing to do with socialism, on the contrary, it benefits from the existence of capitalism. Socialist governments did not have money for such research or even other types of research. There is a reason why most discoveries came from capitalist economies, never socialist ones. Barack Obama defunded NASA’s shuttle space flights and research in 2010. Since then, NASA bought seats on the Russian space flights.

Bank deposit insurance protect deposits of individuals covered by the Federal Deposit Insurance Corporation (FDIC). This is a private corporation with shareholders even though the name federal implies ownership by the U.S. government – it is not. The deposit insurance fund is mandated by law for each Federal Reserve Bank to set aside money and to pay back up to $100,000 per depositor in case of failure of a financial institution.

The Federal Deposit Insurance Corporation (FDIC) does not receive Congressional money, it is funded by insurance payments made by banks. So, it has nothing to do with socialism, on the contrary, it is capitalist finance. Socialism only has one bank, that which is owned by the central government and they do whatever they want with the depositor’s cash. They often confiscate at whim the funds of citizens they don’t deem socialist enough or who have offended the socialist government in some way.

Hazardous waste disposal and clean-up funding comes from taxpayers; states pay ten percent of cleanup costs, fifty percent if the state operated the facility responsible for contamination, and the company which polluted is responsible for cleanup. By law, the parties responsible for use, transportation, storage, and disposal of hazardous substances/waste and oil are liable for costs. This is not socialism at all.

As we can plainly see, the disinformation of the Left is quite insidious and unfortunately millions and millions of low information voters and illegal aliens who vote but don’t speak English, fall for the Left’s inflammatory, misinformed, deceitful rhetoric and memes which are generously funded by billionaires who stand to profit from their deception.