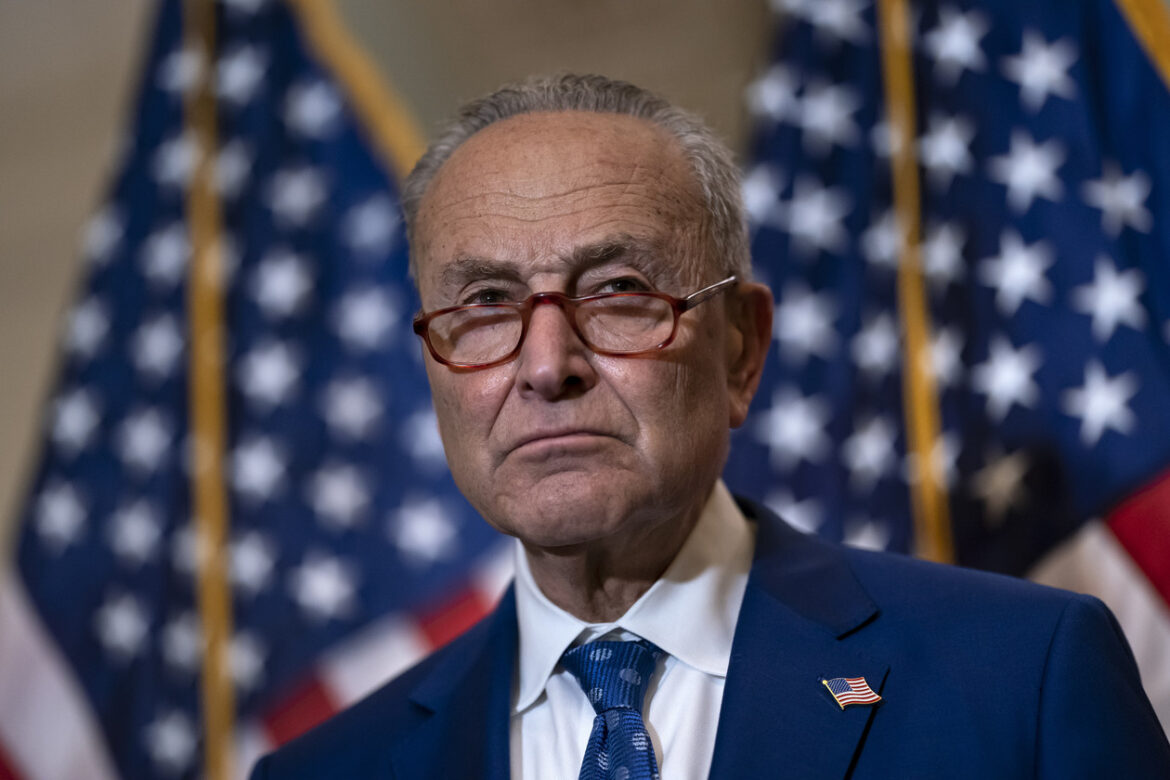 Speaking to the press outside the U.S. Capitol grounds, Senator Charles Schumer declared, “Now more than ever, we’re short of workers, we have a population that is not reproducing on its own with the same level that it used to.  The only way we’re going to have a great future in America is if we welcome and embrace immigrants—(and help them) get a path to citizenship — for all 11 million, or however many undocumented immigrants.”  What Senator Schumer conveniently failed to address is how we got to this point.

In today’s world, marriage and family formation have been suppressed by economic stresses and cultural changes.  Possibly worst of all, cultural change advocated by the left, has denigrated the ideas of wife and mother for women and husband and provider for men.  (Women and men have been told that it’s empowering to stay single.  Better to be a corporate executive than create a family.)

Claims of overpopulation and associated environmental destruction have been aimed at the American populace.  There are claims that having kids destroys the environment and that abortion is a moral good.  (In many colleges and universities, young women outnumber young men.  The emphasis is on career building while marriage and family formation if discussed at all, is ridiculed.

The mask is now fully off.  Those politicians who laughed at the criticisms of a great replacement are now openly advocating for the great replacement.  By the way, the great replacement isn’t just an American problem.  All of the previously successful Western societies are being flooded with illegal immigrants who all too often seek welfare benefits rather than the opportunity for productive work.

The Schumer great replacement thinking isn’t exactly a Democrat problem only.  Far too many Republican politicians have stayed silent – or promoted the illegal immigration invasion.  Apparently, the policies that would enhance America’s citizenry aren’t that important because the growth of the native population would refute the claim for population replacement.

I wonder, do any politicians on either side of the aisle actually understand the population and repopulation mess they have created?  Do they really want to solve it?  Frankly, our political class is taking the easy way out by just opening the borders.  (However, it is not so easy to create a successful society.  The Democrat run cities attest to that.)

Winston Churchill once said that the problem with socialism is the equal sharing of misery.  Schumer and the Democrats think they can duck the misery created for Americans by importing replacement populations.  They are wrong.

I do believe legal immigration plays an important part of our future, but not immigrants that stumble across the border with no sponsors, who go on our mutable welfare systems and get free food, housing medical, education and then complain about being in a country they snook into. We don’t need all the gang members from Central and South America or from Mexico. If someone hasn’t gone through the lengthy immigration process, they need to be removed, parents and kids. Allowing the kids to stay only broadcasts the message that crime pays.

Crime does pay. The democrats and RINOs are responsible for this as they refuse to protect the American citizenry.

The respect for marriage act is a good example of how government legislates to destroy what marriage actually means and to destroy the nuclear family. Way to go Dems and RINOs.

how about your cherished freedom? How about live and let live? How about not passing laws that limit others’ rights to live as they wish?

That is likely the dumbest statement imaginable. Schumer clearly states the great replacement of America citizens is his objective. There is no way you can legitimately change the subject without being a racist bigot.

I think Schumer is white, so his replacement idea must be racist.

I think most of the civilized nations of the west are multi racial. All are being hurt by the great replacement which they are supposed to pay for without question. You, being a global Marxist, won’t care about the success of nations and states until the great replacement comes for you. And it surely will – world history teaches that much.

W,
It is appearing that Democrats have no redeeming social value to Americans.

You know that with this piece you are bound to trigger that unstable Democrat that posts here.

As expected, smith is arguing that only white Americans are impacted by illegal immigration. Just another racist democrat Marxist trying to change the subject.

The American black family has been destroyed by government policy. The radical Marxist demobrats want that for all the black population and almost any minority who has American citizenship. Now they are blaming the related declines in births on the citizens. This argument is all over western Europe and it is referred to by such names as great reset or great replacement. The WEF is actively pushing the idea.

Looks like Bolsonaro of Brazil has the military ready to throw out the election per their constitution. Watch and learn how a free people protect themselves against tyranny.

Brazil may become the only free society in North and South America. Quite strange but beautiful.

it is scary to read what you wrote

It is scary. I wish I was wrong.