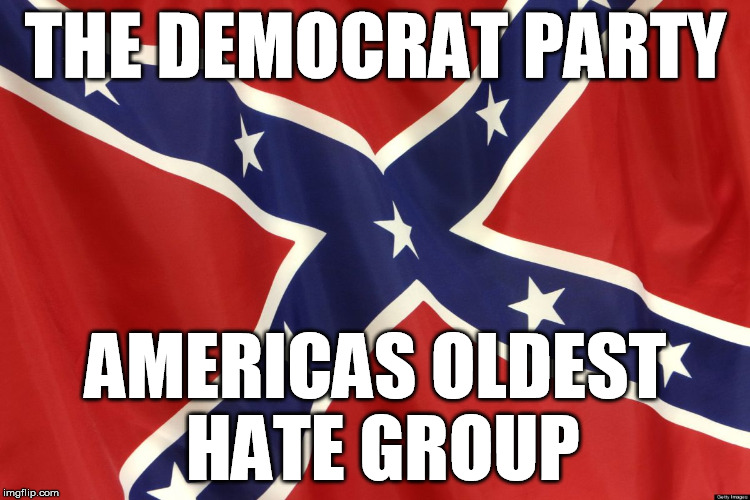 The Democrat Party: a hate group

It’s time to officially call the Democrat Party what it has been since Donald Trump became President of the United States: a hate group.

The latest example of their full on, deranged, lunatic-level hatred is the kicking out of Sarah Sanders from the Red Hen restaurant in Lexington, Virginia simply because she is the President’s press secretary.

I remember watching nightly news reports showing black people being refused service at lunch counters when I was young. I thought we had put that type of worldview behind us, but I guess that does not apply to Democrats.

They have branched out from being loud election sore losers to full-on, unbridled hate.

The Democrats, who were the founders of the KKK in case you didn’t know, have become the very thing they accuse Republicans of being: Nazis. All that is missing are their brown shirts and demands that Republicans wear a yellow “R” stitched to their clothing.

The only thing the remaining sane people can do is work to defeat them in every election at every level of government.

From slavery to Jim Crow to Japanese internment camps to opposition to Civil Rights, its supporters assassinating at least one U.S. President and Dr. Martin Luther King, Jr. (killed by a supporter of Democrat George Wallace) and attempting to mass murder a bunch of Republican Congressional representatives even just last year, to the embrace of Margaret Sanger and her racist Planned Parenthood Organization, the embrace of National Socialism, fascism, and openly violent rhetoric against political opponents. Quite a history, Democrats, quite a history.

Y’all bust me up!

They have substituted pink knit pussy hates for brown shirts. Same totalitarian ideology regardless of what they wear

Sadly, our citizens are not aware of history or civics any more. Common Core – and EVERY state has it, whether they admit that or not – has rewritten history and eliminated civics. We’re turning out millions of people who believe that the US is not a good country from our high schools every year. In NH, the high schools require the students read “The People’s history of the US” without having them read the Patriots’ version. The confederate flag – and ALL of the thoughts and beliefs it represented to the people of the time – are not shared accurately with our citizens. Everything is a soundbite, a title, a click, a picture….without the facts and look where we are today as a result of that.

Psst…someone tell Fred there is no such thing as a Democrat Party.

You’re telling me! ‘democrat patchwork quilt of disaffected weirdoes’ describes it much better.

Socialist always need a massiah whether it be a Mao or Stallin – or an Obama.

English not your first language?

Nor yours either apparently.?

Aack!! Somebody posted a Confederate flag on an article om TBE again!! I’m so triggered, I need another glass of wine.

So sorry! The post should have come with a warning.

Or at least a Senate reference.

I think a picture of Kaine giving a NAZI salute? We are far too nice to do that but the left certainly isn’t.