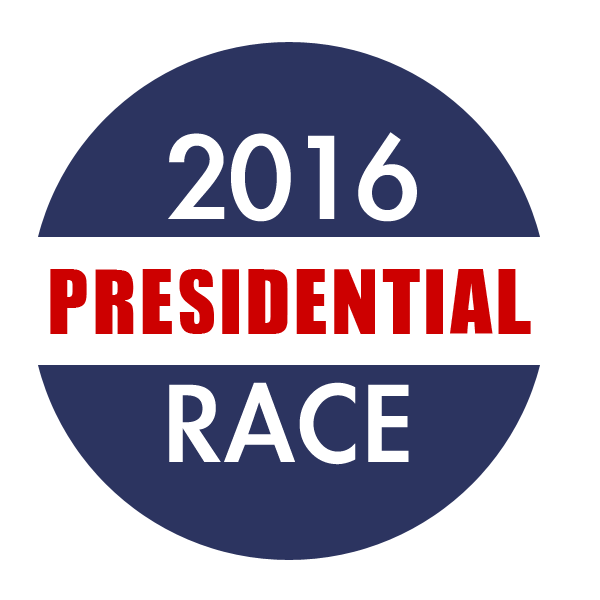 The Donald Has The Big MO!

In the latest poll in the swing state of North Carolina, Donald Trump actually leads the pack by a significant margin.[read_more]

In this poll, Trump has 16% followed by 12% for Jeb Bush and Scott Walker, 11% for Mike Huckabee, 9% for Ben Carson and Marco Rubio, 7% for Rand Paul, 6% for Ted Cruz, 5% for Chris Christie, 4% for Carly Fiorina, 2% for Rick Perry, 1% each for Lindsey Graham, Bobby Jindal, and Rick Santorum, and less than 1% each for John Kasich and George Pataki.

Trump’s favorability rating is 55/32 and he’s doing very well with younger voter (29%) and men (20%).  He does even better with self-described “very conservative voters,” who have a favorable view of him (66%).  Jeb Bush only gets 37% approval from very conservative voters with 44% off them viewing him negatively.  Bush’s favorability ratings are second worse at 43/35. Only Chris Christie is worse, 27/41.

Trump may be a flash in the pan but he’s making an awfully big flash, enough to be very upsetting to the RNC and other establishment Republicans, like Tom Davis who said,

“Trump is just dominating the race right now, he’s sucking the air out of this thing, our candidates are all being forced to react to his comments.”

The Donald Has The Big MO! was last modified: July 9th, 2015 by Jeanine Martin

The country needs to be run by a business man. Shame on all of our many RINOS.

While I certainly agree that having a business man (or woman … yea Carly!) run the country sounds attractive, it seems hardly fair to suggest that anyone who does not see The Donald as our next president as a RINO.

Jeanine, are you pro-Trump now?

Why would you care who I support? Yes, I hope Trump stays in the race and forces other candidates to answer the questions that matter to American voters.
Mark Jaworowski explains well below.

Not even a week ago you were decrying Trump: http://thebullelephant.com/trump-in-second-place-democrats-gleeful/ Why the sudden about-face?

“Of course Democrats would think that Republicans would support such comments. His remarks are quite a nice gift for Democrats.” – Jeanine Martin

“Great. The face of our party is the Donald. No wonder Democrats are rejoicing.” – Jeanine Martin

“Begala added he thinks the Republican Party needs a ‘Trump Strategy’. He’s right. If Trump continues to do well in Iowa and New Hampshire we could be in trouble… This could be very, very bad.” – Jeanine Martin

Nothing has changed. I reported the polls. There’s no need for you to twist yourself into a pretzel to make it something it’s not.

Jeanine, do you still think Donald Trump is bad for the party? A week ago you did.

Of course he is bad for the party! The other mealy mouth pols are now on the spot to deal with the issues that Trump openly addresses.

lol talk about twisting yourself into a pretzel

Of course. But that doesn’t mean he isn’t striking a chord with millions of Americans.
What the hell is your problem? Do you live to follow me around and badger me? Get a life.

Some are unaware and this allows them to come to a conclusion without ALL the factual info.
Republicans will Come together when they listen to their Communities not make these Communities listen to them.
Didn’t The Cantor loss teach them anything.

You might want to think about going commando. With The Donald performing so impressively, you might require surgery to get them panties unbunched.

It is extremely hilarious making fun of all the hand-wringing the establishment types are doing as The Donald runs circles around the rest of the field. Odd how using just a little bit of common sense has propelled him to the head of the pack!

So true. I can’t help but chuckle when the establishment goes crazy over a candidate saying what so many Americans think. How dare he ‘blurt out the truth’!

I will probably be supporting Ted Cruz through this process, but it is kind of hard to ignore what The Donald has accomplished. He has focused the narrative on a few of the clear and present dangers that our nation is facing, and I applaud him for it. All done at a risk to his personal finances and a never-ending attack from both sides of the political spectrum. If he can maintain this kind of momentum, I may have to slide Ted to VP consideration.

Yes, many Americans are scared of people with dark skin; however, an overwhelming majority of Americans (and the facts) disagree with Trump.

For those of us interested in conservatives winning elections and governing, that’s a problem.

He probably doesn’t. He’s probably just trying to get you to express your own opinion on a topic you are writing about.

You have a quite hilarious habit of failing to go on the record about who and what you really support.

Mostly, I’m concerned about her predilection for latching on to the most destructive, uninformed, and idiotic opinions then broadcasting to everyone else.

Her becoming a Trump acolyte was actually rather predictable in hindsight. If there was someone more moronic to support, that’s where she’d go.

I report, you decide. Why is my opinion about anything so important?

You don’t “report”. You use shabby (at best) reporting skills when doing original pieces.

Other than that, you just regurgitate links and add a pithy amount of commentary.

Geez Hedrick … you are really hard on Jeannine.

Donald Trump is not presidential timber. Period. But, he does give voice to those of us who do not relish the likely prospects of our once great nation turning into a multi-cultural conglomerate of different ethnic, religious, and cultural factions that have nothing in common with each other, and where the rule of law will be like ice cream on a July day – easily melted. If you think it is a good development that 50% of the Hispanic children born in America are born without fathers often to illegal immigrant parents or immigrants on some form welfare, then you are off your rocker or simply too timid to speak the truth. Trump is filling a truth vacuum.

Look, the Republican’s and Democrats will do anything for the Hispanic vote. They are not interested in stopping anything. They want more of them in this country, and will give them even more money to get them here for cheap labor and their vote. Triumph ain’t going to stop nothing.

Hell, you got Bush walking around “serenading” them by kissing their ass speaking Spanish!

who has presidential timber, may I ask? I feel very comfortable with Trump being in the WH. As long as he sees America as his first priority, in regards to the economy and our national security and the prosperity and safety of Americans, I think he will do okay.
We need real leadership, that will not back down.

Everybody running for President, including on the Democrat side, sees America as their first priority.

Haha, that’s a good one. None of them see themselves and their power as their first priority? You cannot be that naive. No one is.

Swing voters? I think not. If anything momentum is limited to a swing vote within the party not amongst independents. Trump is appealing to the disenfranchised represented by those who call themselves tear party republicans. Big difference in how a Trump message will translate to the general electorate. That is why I think he’s a flash in the pan. Trump is to angry to appeal to a winning Presidential majority.

Trump appeals to me because he has a backbone .
He hasn’t even started talking of scrubbing coal.
He will appeal to many through Appalachia to the Ohio Valley , there goes the East Coast .
As for NC those fine citizens under stand the issues they are having with illegal immigration and illegal employment .
We do not have to look any further for validation than Virginia’s Task Force on Employee Misclassification they are now working with North Carolina.
For an Issue that Cost Virginia not only jobs but 29 Million to the General Fund , Republicans remain unspoken and unaware.
The TEA Party claims to be a movement , heck I have a movement every morning before I compete with illegal aliens performing Illegal commerce in VA.
The Swing Vote is the Independent vote.
We have been witness to 2 recent elections that Candidates were accessible to voters,
McAuliffe and Brat .
Both Parties only want a small percentage of the vote , just enough to win.
They do not want to do what is Right , what is proper.
Immigration Compromise is BS with American’s they are tired of their friend and neighbor’s jobs being compromised by complicit Representatives.
Trump is the best way to get our Capital Gains back to 15%

He does not just have momentum.
He has the support of many swing voters , and if history is to repeat itself in money spent it will be spent on the swing voter.
When he comes through Southwest Va. he will capture every blue collar vote.
Trump is the only Republican who is running on defending America , and what else comes first.
He won’t have to be a poser in a Carhart coat { Kerry } Trump will gain with the gritty man than any other so .
Maybe some Republicans should embrace Trump the only Candidate to beat Billiry.

One can only hope that after the first debates next month that more people will come to their senses.