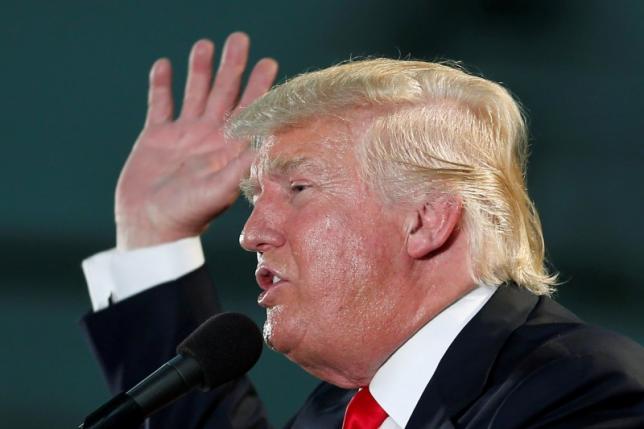 If Donald Trump survives a well-organized and orchestrated media onslaught aimed at removing him from office, he may just find himself in the position of being able to do just about anything without drawing the attention of the American people. If it turns out that Donald Trump isn’t a Russian Stooge as hypothesized by House Majority Leader Kevin McCarthy (a hypothesis Steve Bannon’s old Banner Breitbart claims was a joke), and if it turns out that Trump fired FBI Director Comey for cause, and if it turns out that when Trump shared Israeli Intel with the Russians that he did not in fact disclose any methods or sources, then whatever comes next is going to be met with a collective eye-roll from the American People.

The Media can only cry wolf so many times before the populace becomes inoculated to clickbait Chicken-Little reporting. This could be deleterious for the American People if, in the future, Trump actually does do something terrible. No one will care. Only liberals with the strongest constitutions for handling life-altering disappointment will grab hold of future conspiracies and hearkenings of Trump’s evil chickens finally coming home to roost. Prozac and Wine Cooler sales will go up, new safe spaces constructed, and many tears shed on Maddow; but no one will be watching.

The long circulated rumor that Donald Trump, weary of establishment Republicans and Populist/Nationalists, is ready to fire Chief of Staff Reince Priebus in favor of Trump’s Democrat, ex-Goldman Sachs, economics adviser Gary Cohen, is once against making its rounds on FOX News and CNN. This rumor is also circulating here and here. Obviously, the rumors that Bannon is on his way out have been longstanding as well. If they survive the summer, folks will stop listening to rumors of a White House shakeup.

FOX News, CNN, MSNBC, and the rest of the Mainstream Media should precede cautiously with their coverage. They’ve each gotten away with murdering journalism for years; and the only thing holding their audiences together is a rabid and partisan hatred for “the other side.” Trump supporters were already inclined to dismiss the media before Trump’s victory last November, and they do not seem to be any more impressed 139 days into his reign. If Trump isn’t impeached, the media still needs to cover President Trump for another 3 years, 226 days. Their credibility, or lack thereof, will eventually play a role in their ratings and viewers will soon be exhausted (if they aren’t already) by Trump stories.

It was Trump, Trump, Trump every day, all damn day, during 2016. That was brutal. 2017 hasn’t been any kinder. Our obsession with Trump cannot possibly last much longer before we realize that, “Hey, it’s summer! Let’s turn off the tube and hang out with friends, head to the lake, or vacation with the kids”. I predict that if the so-called swamp cannot impeach President Trump by the start of the NFL season, the constant onslaught will have finally tested the American people’s patience and they won’t come back to the table until the Democrat and Republican Primaries (come on, you just KNOW at least one Republican is going to try to primary Trump).

Meanwhile, Republicans in Congress need to stop talking about Trump. Here’s how it should go:

MEDIA: “Speaker Ryan, what do you think of the report that President Trump secretly met with Russian spies on his trip to Saudi Arabia?”

MEDIA: “Majority Leader McConnell, what do you think of the reports from an FBI agent who retired in 1979 that Special Councilor Mueller has found proof that Donald Trump is a Russian Spy?”

Majority Leader McConnell: “Let me tell you about our economic agenda.”

MEDIA: “President Trump! Mr. President! After all these sordid scandals, would you consider stepping down?”

President Trump: “Thank you for coming to the signing ceremony of my Economic Agenda.”

Everything else is a waste of time. (And Mr. President, for the love of all that is holy, please stop tweeting. You’re giving your party a migraine.)

It would help if they pushed the one they’d been repeatedly elected on.

No way they will stop talking Trump with the ratings as high as they are. Trump is a ratings bonanza! Hey, why did you write about him?

He has been, but this can’t last forever.

It will last as long as it did for Obama. This is payback by the left, and rightfully so. But just remember, Trump has brought the house down on himself. The guy just cannot shut up. The game is over when Limbaugh and Fox cut and run. Limbaugh and Fox are the Republican Party. Without them, they dissolve.

It has gradually over many years become worse, the media bias, but it really ramped up around the time of Gore, and later Kerry, and it has reached crazy during the last election until now. It used to be I would read articles from the Washington Post and others, even if I didn’t like their bias, because they often had interesting things to say and there was at least some truth to it. Now I don’t even bother, every article from the Post is the same “Here’s why Trump is bad …”, and I just roll my eyes at it and don’t even read it. I used to pick up the newspapers occasionally and glance through them, now, again, I think it’s just a waste of time. The media has gone into complete meltdown, and it will take them forever to rebuild their credibility.

I read an unbiased piece in either the New York Times or the Washington Post recently about a woman (India heritage I think) going to the NRA even down south, and I remember thinking WOW, is this really the Times or Post or whatever paper it was ? I couldn’t believe it, it really was open minded and respectful to other human beings, it wasn’t a propaganda piece, it was straight reporting from a woman who was actually interested in learning what made NRA people tick. She interviewed some immigrants and actually told their side of the story, about the places they had come from, about how they had been oppressed, and how happy they were that the U.S. was more open to the idea of self-defense. The bad part about that is that such an unbiased article stands out in such contrast to their usual writing.