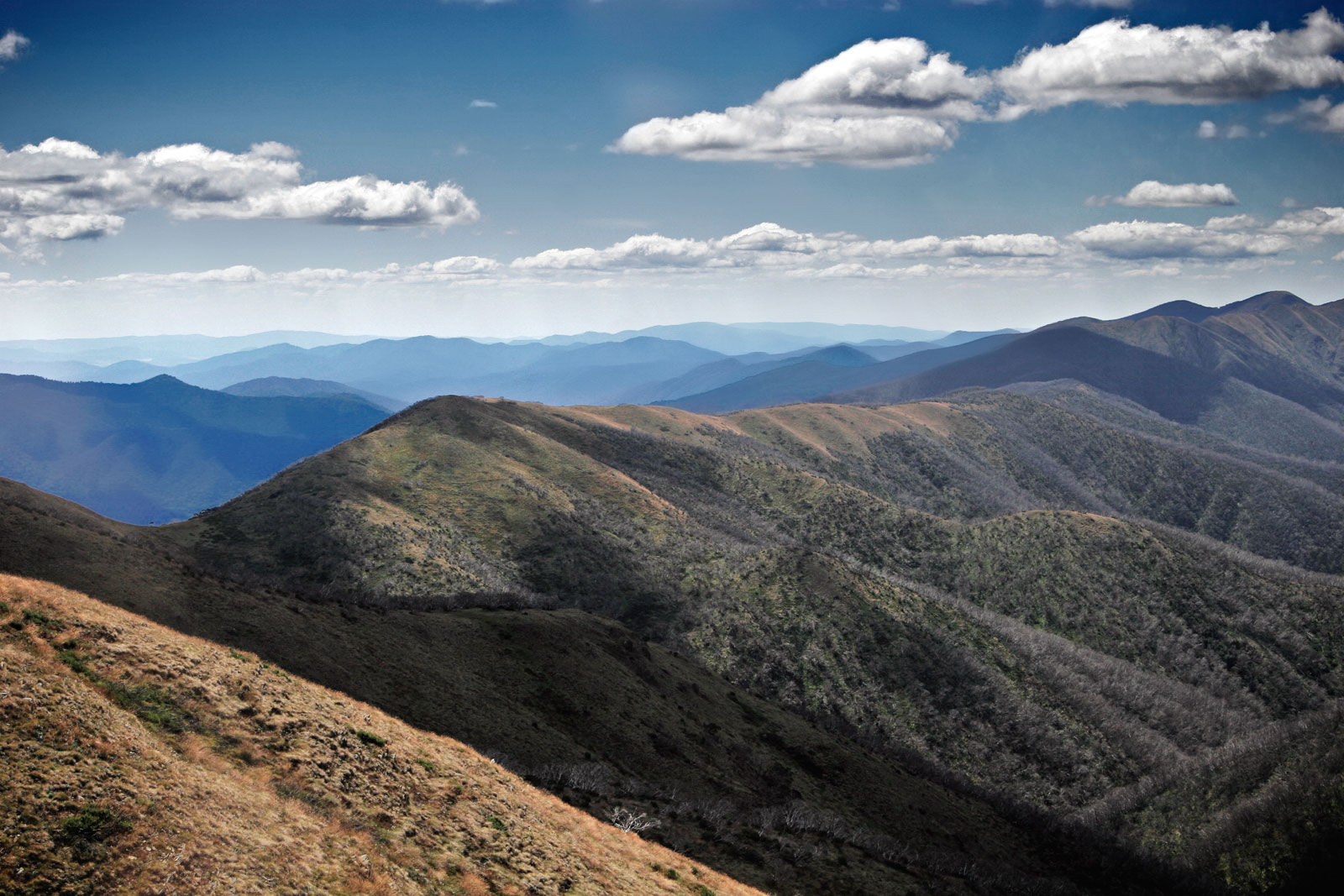 The Economic and Spiritual Desert

Years ago I traveled out of Salt Lake City by car headed to Laramie, Wyoming. To make this trip, you first have to cross over the imposing and rugged 11,000 foot Wasatch Mountain Range that broods over the city.

Coming down the other side of the mountains and crossing into Wyoming, you come to the Great Divide Basin, and into the Red Desert, among the most remote and barren landscapes in the United States. You could travel miles and hours without seeing a single living thing or a passing car.

It was stark, hard, and foreboding.

I was thinking about that trip as I pondered an apt description of the last eight years of the presidency of Barack Hussein Obama, and the promised presidency of his former Secretary of State, Hillary Clinton, to be his third term.

Both Mr. Obama and Mrs. Clinton and their fellow ultra-left wing radicals have brought a great nation and the “American experiment” into a remote and barren place.

It’s not simply the economy, marooned in shallow, fetid waters for eight long years; or that they have set half the world on fire through their thoughtless and reckless foreign policy and their infatuation with Muslim extremism. But they have also been at the helm of the great ship of state cheer-leading while the nation’s spiritual strength depletes like air from a beach ball. Can one of these be vibrant without the other?

The economy – that center of it that keeps the nation moving – is in complete shambles. Barack Obama will be the first president in history that has not presided over one single quarter with at least a 3% growth rate. Astoundingly, it appears that he will leave office with only an average yearly growth of 1.55% in the economy, not even close to that needed just to keep pace with population growth.

At 1.55% average GDP growth, Mr. Obama will have the third worst record of any modern president since 1900.

The human toll of the President’s policies are incalculable, however, and Mrs. Clinton wants to double down on the pain.

Almost 50 million Americans are on food stamps, and its cost has doubled since 2008.

Instead of an average family saving $2,500 dollars on health care payments as the President promised, the average family is paying $4,500 more, and Obamacare is imploding.

Average family income has decreased $2,400. Americans self-identifying as middle class has dropped from 53% to 44%.

More than 95 million working age Americans are out of the workforce, making the participation rate of 62.8%, one of the lowest in fifty years.

Home ownership is declining and large numbers of young, adult Americans live with their parents out of economic necessity.

This week the Bureau of Labor Statistics announced that wages for the first quarter of 2016 actually dropped by.04%, instead of increasing 4.2 % as previously reported, while worker productivity has dropped for three quarters in a row, forecasting further downward wage pressure.

This is the new America ushered in by the radicals.

For her part as a candidate, the scandal encased Mrs. Clinton, has proposed to raise taxes by over $1 trillion in the next ten years, and to pay not only college tuition’s for anyone from a family making less than $250,000 per year, but to forgive outstanding student debt as well. Day care, job training, infrastructure; there is hardly a discredited spending boondoggle that she hasn’t proposed throwing borrowed money at.

Like her 2008 vanquisher, Hillary Clinton looks at America’s power, and its indispensable role in providing world stability in the post WWII world, like the Orkin exterminator looks at termites. American power cannot be ended fast enough; the sooner the U.S. is simply another country, one among many, the better.

And while the world burns, and the Russians and Chinese rattle around unconstrained and become more dangerous daily, the U.S. military is shrinking faster than anytime in generations. Mrs. Clinton has said that under her Administration, little would change.

Following Mr. Obama’s lead, she is cagy but clear enough about her intention to continue the war on traditional America, and traditional American values; especially undermining the First Amendment; freedom of speech, religion, press and petition. The battle against the vestiges of Judeo-Christian heritage and orthodox Christianity in particular, will continue unabated.

Embedded in her public dialogue is her intention to dramatically increase Muslim refugees flowing into the country by over 500%, in spite of the obvious social turmoil the planting of an incompatible ideology has had on the Western World, and the massive security issues involved.

In addition, she has pledged to keep the open border policy of the Obama Administration, regardless of the demonstrably disastrous effect that millions of illegal aliens specifically have had on public safety, and of course, their contribution to falling wages and soaring welfare costs.

Against this backdrop, the personal corruption of Mrs. Clinton, and the corruption of the justice system and the national media that protects her, barely even makes the news.

She has endangered national security, ignored her duty to protect Americans, flagrantly broken the law, sold access to foreign nationals and facilitated breathtakingly obviously cronyism that she and her family have personally profited from. She is a total stranger to the truth.

None of this seems to matter.

We’re told that our long national sojourn through the remote and barren wasteland that always follows radicals like flies follow trash, isn’t caused by those who have been in charge.

Instead, Donald Trump is now the danger. The “ruling class” and uniparty structure of Washington is in a full scale panic at the thought of Mr. Trump succeeding in his “America First” campaign.

The question for the American voter is simple now: Is Donald Trump really the dangerous candidate? Really?

The Economic and Spiritual Desert was last modified: August 10th, 2016 by Michael Giere

There are a lot of folks who do not truly fathom the depth of corruption associated with the Clintons. First, Hillary set up a private server and we now know that it’s purpose was to hide her pay for play scheme. Second, the Clinton Foundation was used to launder the pay. Third, national security information was included in the scheme and one of our spies, an Iranian, was killed in Iran as a result. Trump has called Hillary crooked. Frankly it is far worse than crooked, it is traitorous.

I worked for DOD. Special access clearances are very, very difficult to get because they can lead to the exposure of sensitive human sources and other methods for intelligence purposes. What Hillary did in her arrogance and stupidity should not only disqualify her for being president but should result in criminal charges, a trial, and a very long prison sentence at a minimum. The problem is that such a trial would likely expose the Obama administration as complicit in all of this. The left will fight to the death to protect Obama, the Clintons, and the various aides facilitating the criminal actions of their bosses.

Those who think Trump unqualified ought to realize that he is far superior to Hillary. The only reason anyone can vote for Hillary is fundamental hatred of America as an idea.

He sure is every bit as dishonest as Clinton, and it’s a matter of record. Transcript of his deposition in Trump v. O’Brien here
https://www.google.com/url?sa=t&source=web&rct=j&url=https://assets.documentcloud.org/documents/2430267/trumps-lawsuit-on-net-worth.pdf&ved=0ahUKEwjh0YOYnbnOAhUKOyYKHUVZCOoQFggyMAU&usg=AFQjCNFHjpVYHQCIhEZOSNZgy5Ra4lUpOQ&sig2=MT6s31WDK4mWAm0htZ-Kzw

Hillary’s action are traitorous and probably treason. Trump’s dishonesty pales into insignificance as a result.

Given his demonstrated character, that’s only because he has avoided service, and nobody has been stupid enough to give him the chance.

So we can now magically impute that someone can be a traitor because they haven’t had a chance to be one. Idiotic as well as lame.

We can common sensically impute that a man who behaves in dishonest, unethical ways as a candidate will do so as President. Unsat is unsat. Trump is untrustworthy.

Nice, and the truth.

What else is there to say? We are seeing now the power that the establishment owned media has in electing their president.

It’s all about the cabbage. This is all being driven by the love of money.

always look forward to Mr Giere’s articles. He can express how I feel before I can figure it out..

Add a few of the videos of the Beast stroking out and you have a complete picture.

That one and the chai tea are my favorite, just stunning she is allowed to run for POTUS, crime issues aside.